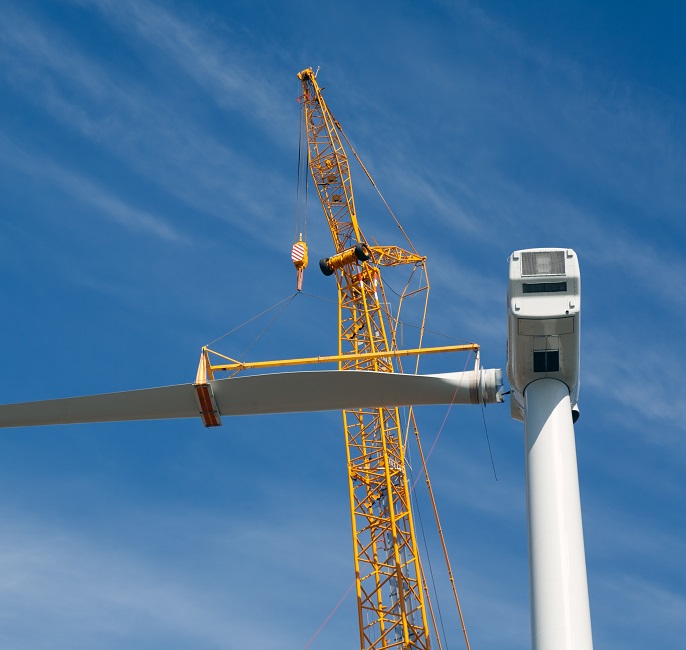 Spurred by tax credit deadlines, some 38 GW of U.S. wind capacity is under construction or in advanced development. (Image credit: Ictor)

An additional 3.9 GW of new U.S. wind power capacity entered advanced development, bringing the total capacity in this phase to 18.8 GW, AWEA said. In the advanced development phase, projects have achieved a major milestone such as placing a turbine order or procuring a power purchaser, meaning they are likely to begin construction in the near-term.

Current U.S. wind activity is being supported by production tax credits (PTCs) which are being scaled down annually.

Extended in 2016, the PTC scheme provides ten years of tax credits. The level of support drops by 20% annually with zero support from 2020. This means projects started in 2018 can capture $13.8/MWh of credits.

Of the 37.8 GW of wind capacity under construction or in advanced development, 31% was in the Midwest region while Texas hosted 21% of activity, followed by 19% in Mountain West, 19% in the Plains states and 10% in other regions. In January, the U.S. Energy Information Administration (EIA) predicted installed wind capacity will rise by 8.3 GW in 2018 and push annual wind generation above hydroelectric output for the first time.

Installed wind capacity is expected to rise by a further 8.0 GW in 2019, EIA said in its Annual Energy Outlook. Demand for renewables PPAs is also set to accelerate in Middle East and North Africa, following a shift away from fossil fuel subsidies, regional experts said.

American Electric Power has cancelled a project to build a 2 GW windfarm and 350-mile transmission line in the U.S. Interior after the Public Utility Commission of Texas denied approval of the project.

The Wind Catcher project involved the development of the U.S.'s largest wind farm in the Oklahoma Panhandle and construction of a transmission line to send the power to eastern Oklahoma. The project also proposed to serve customers in Texas, Louisiana and Arkansas.

In late July, the Public Utility Commission of Texas rejected the project, saying it did not provide enough benefits for ratepayers. Oklahoma authorities had already questioned the benefit to consumers and were yet to make a final decision. The project had gained approval from federal, Louisiana and Arkansas authorities.

“We are disappointed that we will not be able to move forward with Wind Catcher, which was a great opportunity to provide more clean energy, lower electricity costs and a more diverse energy resource mix for our customers in Arkansas, Louisiana, Oklahoma and Texas,” Nicholas Akins, AEP chairman, president and chief executive officer, said in a statement.

“To realize the full benefits of Wind Catcher for customers, timely approvals were required from all jurisdictions so we could complete the project by the end of 2020 and be eligible for 100% federal production tax credit," Akins said.