Orsted deal with US utility sets up offshore growth surge 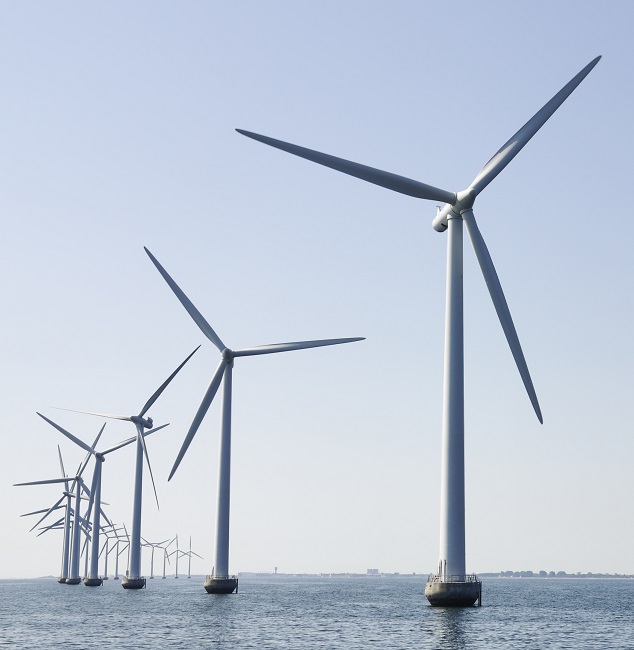 The joint venture enables Orsted and Eversource to "harvest synergies across the different New England projects," Martin Neubert, Executive Vice President and CEO of Offshore at Orsted, said in a statement.

The partners will jointly develop the 704 MW Revolution Wind project, which will deliver 400 MW to Rhode Island and 304 MW to Connecticut, as well as the adjacent 130 MW South Fork project off Long Island.

The partnership also includes the Massachusetts North and Massachusetts South lease areas, which could potentially host over 1 GW of capacity.

The FAST-41 process aims to improve the consultation process with government agencies and provide greater accountability through the "publication of project-specific timetables with completion dates for all federal environmental reviews and authorizations," according to the Federal Energy Regulatory Commission (FERC).

The FAST-41 status will improve coordination with federal authorities and provide more transparency and predictability to the permitting process, Burm said.

"We are optimistic that our work with [Orsted] will set a standard ensuring that fishermen have direct input into wind farm designs and ensuring that their concerns are fully embraced by developers,” Peter Hughes, RODA Chairman and Director of Sustainability at Atlantic Capes Fisheries, said in a statement.

German utility EnBW has created a joint venture with U.S. group Trident Winds to develop a 1 GW floating wind project in California. EnBW may partner with companies to develop projects on the East Coast, where the company recently set up offices, Frank Mastiaux, CEO of EnBW, told Reuters last month.

Oil and gas groups Shell and Equinor are also looking to grab a share of the U.S. offshore wind market. In December, Shell formed joint ventures with EDPR and France’s EDF to develop projects in Massachusetts and New Jersey. Orsted plans global gross investments of 200 billion Danish krone ($30.3 billion) in 2019-2025, of which 75%-85% will be on offshore projects, the company said in December. Orsted predicts a 10% return on capital invested over the period.

A key challenge for the US offshore wind industry is the development of an efficient supply chain network and port infrastructure that can accommodate growing turbine capacities, Stephanie McClellan, Director of the Special Initiative on Offshore Wind at the University of Delaware, told New Energy Update.

Vessel suppliers and wind companies are collaborating to build new vessels and convert existing assets to bring the latest turbines to the U.S. market.

The U.S. Jones Act requires freight shipped within U.S. waters to be transported only by vessels built, owned and operated by U.S. citizens. The offshore supply chain has established there is sufficient market volume to build Jones Act-compliant vessels, McClellan said.

Last year, Florida-based Aeolus Energy Group announced it plans to build a U.S.-flagged vessel fleet to serve the offshore wind sector, expecting to generate 4,000 jobs in the next couple of years.

Other vessel construction projects are underway and the wider supply chain is establishing U.S. bases.

The U.S. can use years of offshore infrastructure learnings in Europe to accelerate cost reductions in the coming years.

Orsted’s East Coast Hub will initially support the company’s 210 MW Westermost Rough, 573 MW Race Bank and 1.2 GW Hornsea 1 wind farms, employing over 400 staff on a long-term basis. The company has pledged to spend some 6 billion pounds ($7.8 billion) in the wider Humber area by 2019.

The pooling of resources at centralized facilities can accelerate the sourcing of vessels and strategic components and support optimized framework agreements with vessel operators, Montoya said.

“Together with better communication and sharing of lessons learnt between projects, this could entail significant reductions in costs and resources required,” he said.