New U.K. and U.S. offshore wind projects will provide valuable data on battery usage as developers narrow in on the most profitable storage applications. 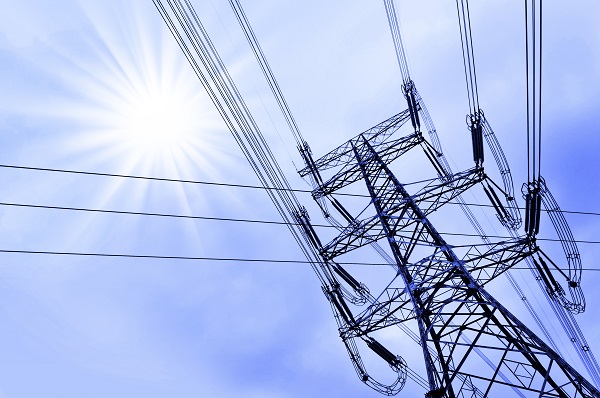 “The pilot in Scotland will provide a technological and commercial foundation for the implementation of Batwind in full-scale offshore wind farms, opening new commercial opportunities in a growing market,” Statoil said.

In December, Deepwater Wind proposed the installation of two battery energy storage facilities on Long Island, New York to store power from a 90 MW section of the Deepwater One windfarm project located 30 miles out to sea.

Under the proposal, General Electric would install its lithium-ion battery technology in industrial zones in Montauk and Wainscott, Long Island, to store up to 15 MW of storage.

Local utility PSEG-Long Island is expected to make a decision on the project proposal in May 2016, according to local media reports.

“These two pilot projects will help the industry identify which services OSW-storage is best placed to deliver. The hardware itself is not so interesting: instead, all eyes will focus on how the battery is operated,” Jones said.

According to the DOE Global Energy Storage Database, there is just 27 MW of electro-chemical storage deployed in the U.K.

“Much of this has been Distribution Network Operator (DNO)-led innovation projects, and solar-storage deployment, rather than being commercial projects led by wind developers,” Jones noted.

The cost of utility scale battery storage has plummeted from $3,000/ kWh in 1990 to less than $200/ kWh today according to the National Infrastructure Commission’s Smart Power report. However, as Jones noted: “its deployment with offshore wind is relatively novel.”

For balancing authorities, an increased penetration of wind (both onshore and offshore) results in incurred costs associated with excessive ‘ramping’ up or down of back-up generation sources to even out wind output fluctuations.

For developers, tapping into peak wholesale electricity market prices proves challenging. Interestingly, on the US East Coast, there is some correlation between offshore wind levels and peak power consumption and this means that offshore wind farms are well placed to benefit from power price spikes.

“It’s no longer enough just to maximize generation, we need to maximize value, and that means thinking more carefully about managing the risks – and opportunities – associated with the timing of generation,” Jones said.

“Large business customers will be invited to adjust their energy consumption when wind strength varies from forecast, creating a new commercial solution to manage intermittency of renewable sources,” the firm said in a statement.

Under the scheme, DONG Energy alerts registered users of the times during which they need to turn down consumption or ramp up on-site generation, along with the revenue available based on Elexon system imbalance costs. The cost savings are shared between operator and customer--the participating businesses receive a payment based on their actual MWh consumption change during the RBR period.

“Whether the solution is demand response or storage, the ultimate goal is to get ready for a future where flexibility commands increasing value,” Jones said.

According to a report published by the U.K.’s Carbon Trust in March, the sharing of data on storage asset performance would "allow benchmarking of performance across technologies, decrease project risk by improving transparency, and enable targeted innovation programmes aimed at overcoming specific technology barriers."

The Carbon Trust suggested frameworks could be developed to share data without compromising commercial positions.

The U.K. offshore wind sector is on track to achieve its target of reducing output costs to below 100 pounds per MWh by 2020 and storage could help further boost project economics.

Everoze is currently studying how battery storage can reduce the costs of offshore wind and it will be presenting its results later this year.

“Expect to see plenty of prefeasibility work in the months ahead, as developers model various potential combinations of revenue streams,” Jones said.

The deployment of energy storage systems will allow developers to optimise their use and in turn help drive technology specifications.

Operators must make best use of the many applications of storage technology. Ancillary service contracts are relatively short term, lasting between one and four years, and clearly much will depend on the wholesale price of energy.

“Revenue streams must be combined, as developers fathom their way through around a dozen possible services, figuring out which are compatible, and prioritizing them to extract the most value in the offshore wind context,” she said.