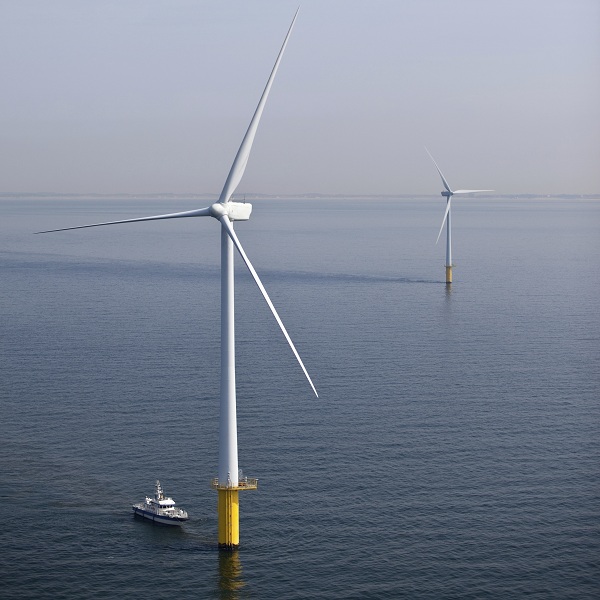 Fred Olsen Wind Carrier sees the platform as a means to reduce operational costs and expand the limited choice of vessels available to far-from-shore projects.

Wind Energy Update's Construction and Installation Survey 2015 revealed that around 44% of offshore wind developers were concerned about vessel availability and/or capability from 2016 onwards.

The Windbase platform is installed before construction of the wind farm begins and allows accommodation and stores to be moved onto the fixed structure. The platform includes a heliport for transporting staff and facilitates rapid deployment of CTVs, allowing multiple vessels to operate in parallel in shorter weather windows.

The deployment of offshore platforms would help to limit vessel costs on far-from-shore wind farm projects by introducing the use of CTVs which until now have been assigned to projects closer to shore, David Matthews, General Manager UK at Fred. Olsen Windcarrier, said.

"These vessels, which are very capable and efficient, look at fixed offshore structures as a continuation of a market they have already heavily invested in," he said.

The study analyzed wind farms of capacity over 1 GW in UK waters more than 120 km from the shore. Meteorological ocean data from between 1994 and 2012 was used, including seasonal changes of wave heights and wind speeds. Shoreline applied a maintenance strategy with specific work order priorities and time limits on emergency responses.

The availability difference was "several percent" under the highest workload scenario, he said.

The W2W access system showed lower availabilities when the overall workload was increased because of low in-park speed in dynamic positioning mode and the limited number of access systems deployed.

Emergency response assumptions stipulated vessels would not move more than 30 minutes away from a wind turbine after dropping off a team of two technicians and this impacted availability levels, Endrerud noted.

"In addition, the mere distance between two failed [wind turbine generators] also posed a large limitation on vessels," he said.

As the offshore wind industry continues to prioritize cost reduction, accommodation platforms could lower the Levelized Cost of Energy (LCOE) for larger projects through a number of benefits, Matthews said.

In the operational phase, accommodation platforms offer extended working periods during summer scheduled maintenance campaigns, the flexibility to ramp up and down personnel on site “with small impact to vessel spreads," as well as fuel savings for moving personnel and equipment around the site, he said.

The offshore platforms can also reduce capital expenditure (CAPEX) during construction due to less requirements for the offshore substation and a reduced marine spread, he said.

The Windbase would remove the cost of additional vessels required to support the construction of the windfarm, such as jack up accommodation and other vessels used to move personnel and material around the site.

The deployment of offshore wind platforms could also have wider implications for vessel supply markets, raising the demand for CTVs while impacting market appetite for other vessel classes and reducing developers' exposure to demand from the Oil and Gas sector.

“I would expect that any type of CTV can access the offshore platform," Endrerud noted.