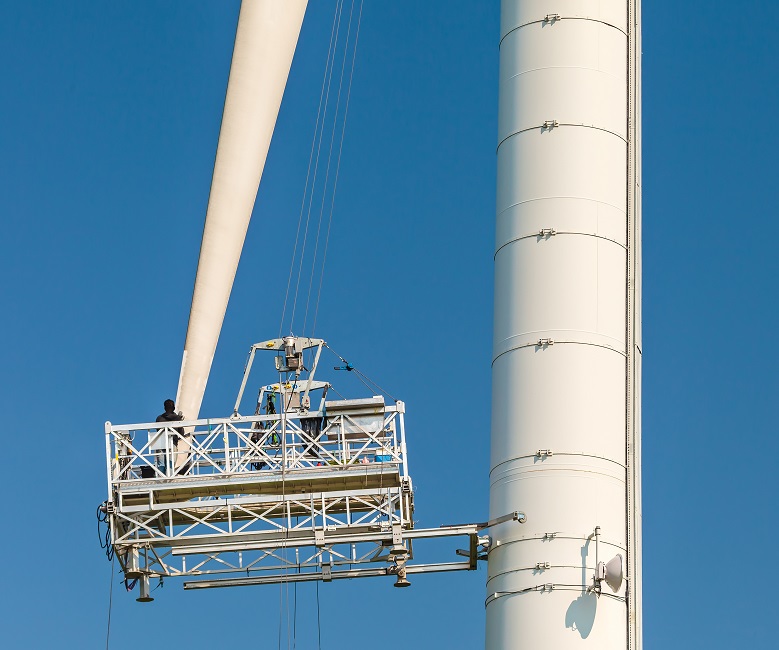 Competition from solar and gas-fired power generation and the gradual removal of renewable energy subsidies have increased the importance of reducing onshore wind power costs and raising operations and maintenance [O&M] efficiency.

The global onshore turbine O&M market is forecast to grow by 10% per year to over $22 billion by 2025, according to a report published by MAKE consultancy in November 2016.

“If service providers benchmark O&M contracts from the inflated prices of two years ago, they probably won’t win any of the large number tenders coming up in 2017 and beyond,” he said.

Around 230 MW of current wind turbine capacity is out of warranty, according to FTI consulting.  This will increase as installed turbines age and O&M services represent "a huge go-forward business for wind farm operators, [OEMs], components suppliers and [ISPs],” FTI said in a report published in 2015.

OEMs currently hold around 60% of the global onshore wind O&M market, according to some industry estimates. Until a few years ago, OEMs were the dominant force in O&M, but ISPs entered the market with innovative software and bespoke solutions which led to greater cost competition and a wider range of products.

Another trend has been for large utilities, particularly in the U.S., to perform O&M in-house to leverage economies of scale. Around 80% of large U.S. wind operators currently take this approach, Kelly Dallas, director of asset management at ISP Wind Prospect Operations, told Wind Energy Update.

Switching to self-performance of wind O&M at end of warranty can cut costs by between 25% and 35% and allow operators to make more design improvements to increase unit reliability, Jeff Wehner, VP Renewable Operations, Duke Energy, said in April 2016.

"We find that there are substantial cost savings by in-sourcing it...We have more freedom to go in there and make the changes we might want to make, in terms of operating philosophies and resource allocations," he said.

“If you suddenly decide to go in-house, you may quickly realize you don’t have access to data to see what’s wrong. Then you go to an ISP who says you need to have a support agreement with an OEM for your data system so they can get into it,” Dallas said.

“So, if you want to go the in-house route you have to make considerable investment,” he said.

Many operators have opted for a hybrid approach, using their own technicians for routine servicing while retaining OEMs or ISPs to perform other work.

“We have in-house experience and knowledge linked to a large portfolio of wind farms. We have contracts with OEM's regarding operation of turbines in the warranty period, and when needed, we source [ISPs] to supplement our own resources,” one operator told Wind Energy Update.

ISP’s are often able to offer a bespoke low-cost service as an alternative to being locked into a single manufacturer.

However, one advantage OEMs have over ISPs is that some ISPs don't have a long servicing industry. When a new project needs to be financed some lenders "worried about their lack of experience relative to an OEM and generally prefer an operator to stick with the turbine manufacturer,” Kruger said.

In response to competition, OEMs have offered a wider choice of service contracts and extended contract lengths, from between three and five years to over 15 years, to lock in future sales and retain O&M market share.

By failing to renew an O&M contract, OEMs risk missing out on selling new or replacement turbines at a later date, Dallas noted.

M&A deals in the onshore wind ISP market in 2016

Experts predict the O&M market will remain fragmented over the next five years and OEMs are set to secure the largest share of business as they offer longer service contracts and more tailored solutions.

Kruger expects OEMs to hold around 50% of the O&M market, with the other 50% supplied through ISPs and operator in-house arrangements.

“Operators need OEMs to source advanced components, particularly for the newer models that are extremely advanced electronically,” he noted.

“I would expect about 50% to be with OEMs,” Aris Karcanias, Managing Director at FTI Consulting, said. Karcanias forecasts that ISPs will hold the second largest share and owners will remain in third place.

Dallas expects closer collaboration between OEMs and their ISP competitors, in addition to the takeovers.

“With OEMs you have your supply chain already there. I see a market where ISPs and OEMs work closer together. I have seen OEMs call out ISPs to assist them in servicing. But I think the market is leaning towards the model of going back to manufacturers for O&M services.“