MidAmerican's repowering of seven wind farms in Iowa will increase annual output by up to 28% and could provide over 20 years of revenues, a MidAmerican spokesman told New Energy Update. 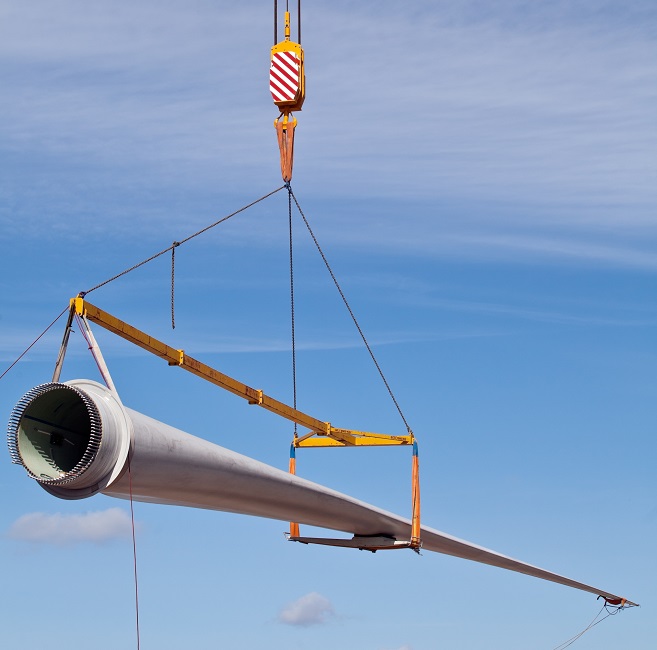 In 2017, MidAmerican Energy Company launched a $1 billion-project to repower seven wind farms in Iowa which were commissioned between 2004 and 2008. A subsidiary of Berkshire Hathaway, MidAmerican operates over 4 GW of wind power at 23 wind farms in Iowa and plans to build a further 2 GW of new capacity under a $3.6 billion investment program.

MidAmerican’s 176 MW Intrepid, 200 MW Century and 105 MW Victory windfarms were repowered in 2017 and current repowering activities focus on the 75 MW Charles City plant. The operator will then move on to repower the 286 MW Pomeroy, 150 MW Carroll and 153 MW Walnut facilities.

The repowering work includes installing larger blades and hubs and replacing various components inside the nacelle. MidAmerican expects annual energy production (AEP) to increase by 19%-28% across the seven projects, depending on site-specific factors.

Forecast growth in US turbine capacities In addition, the repowering will significantly extend the lifespan of the facilities, he said.

“We anticipate the repowered turbines will provide service for at least an additional 20 years and expect them to operate much longer than that,” Greenwood said.

Extended in 2016, the PTC scheme provides ten years of tax credits. The support drops by 20% annually with zero support from 2020. This means projects started in 2018 can capture $13.8/MWh of credits.

Despite lower tax credits, many new repowering projects could be economical, ICF consultancy said in a report published in May.

Repowering projects in 2018 can earn an Internal Rate of Return (IRR) after tax of 11%, according to ICF. This is based on a captured energy price of $24/MWh (flat) and capital expenditure of $950/kW. It assumes an asset life extension of 10 years.

“It may make better financial sense this year than it will next year or the year after,” Chris Mertes, ICF’s Wind Practice Lead and co-author of the report, told New Energy Update.

A number of large wind operators have moved ahead with repowering projects. Last month, PacifiCorp ordered 260 MW of turbines from Vestas to repower the Marengo 1 & 2 wind farms in Washington. The Marengo wind farms were built in 2007 and 2008 and the turbines will be upgraded from 1.8 MW models to more advanced 2.0 MW units from the second quarter of 2019.

At the end of April, Siemens Gamesa signed deals with NextEra Energy Resources to repower 508 MW of capacity at three wind farms in Texas: King Mountain Wind Energy Center, Woodward and Indian Mesa. NextEra expects the project to increase the power rating by up to 7.5% and extend the design life by ten years.

Operators predict a dip in repowering demand after the PTC ends in 2020 and future repowering growth may require significant improvements to upgrade packages.

Since 2016, analytics supplier Uptake has been installing its software at all of MidAmerican's U.S. wind assets.

As competition in the wind industry intensifies, original equipment manufacturers (OEMs) are offering repowering packages that include upgrades to main equipment as well as O&M, grid and forecasting solutions.

In one example, GE supplied the turbines for Leeward's 136 MW Sweetwater 1 & 2 repowering project along with O&M services and tax equity financing through the GE Energy Financial Services arm.