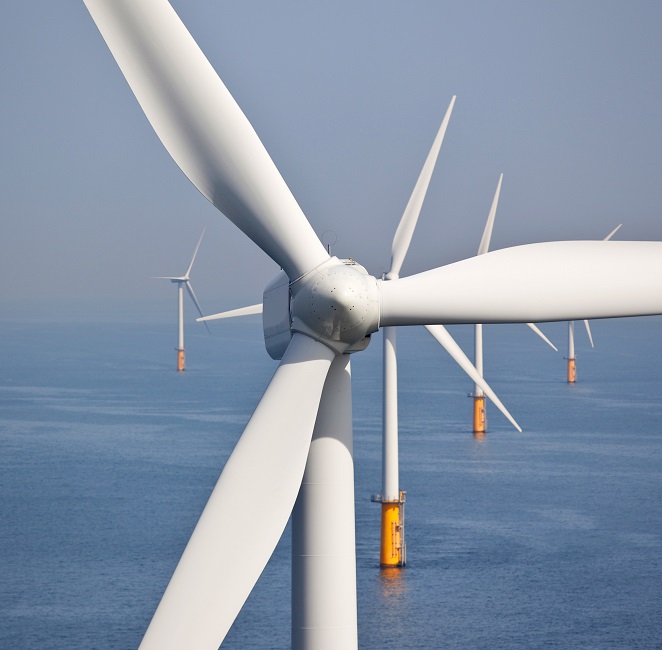 U.S. wind developers signed 3.6 GW of power purchase agreements (PPAs) in the first quarter of 2018, the highest level recorded to date, the American Wind Energy Association (AWEA) said in May.

Agreements with utilities accounted for 2.6 GW of this PPA activity, while corporate customers signed over 1 GW of contracts, AWEA said.

Some 1.4 GW of projects started construction and a further 4.2 GW entered the advanced development phase, the industry group said.

"There are now over 33,000 MW of wind power either under construction or in advanced development, a 40% increase over this time last year and the highest level since AWEA began tracking both categories in 2016," it said.

While global wind investments rose in H1, global solar investments fell by 19% to $71.6 billion. Solar investment was dented by lower capital costs per MW and a cooling off of China's solar boom, BNEF said.

Equity raised by specialist smart energy firms rose by 64% year-on-year to $5.2 billion, boosted by investments in storage and electric vehicles, it said.

"A mixed picture for global clean energy investment in 2018 is emerging, with dollar investment in solar under pressure while commitments to wind power and energy smart technologies such as electric vehicles and batteries are running above last year’s levels," BNEF said.

Sempra Energy is to sell 2.6 GW of U.S. wind and solar assets, along with natural gas storage and infrastructure, in the first phase of a portfolio optimization project, the California-based utility said June 28.

"Renewable energy is a vital part of the energy landscape and we have developed a great platform, but we have determined that our U.S. solar and wind generation businesses would be more valuable to another owner," Jeffrey Martin, CEO of Sempra Energy, said.

The announcement follows a year-long strategic review and comes amid pressure from activist investor Elliott Management Corp. and Bluescape Resources Co, which own a combined 4.9% stake in the company.

Sempra will record impairment charges of between $1.47 billion and $1.55 billion following the sale. This equates to impairments of $870 million-$925 million after tax and non-controlling interests.

"This is just the first phase of our portfolio optimization, which we expect to continue in the coming months," Martin said.

The UK government should agree to only one more nuclear plant following the 3.2 GW Hinkley Point C project before 2025, the NIC said in its report.

"In the longer term, an energy system based on low cost renewables and the technologies required to balance them may prove cheaper than building further nuclear plants, as the cost of these technologies is far more likely to fall, and at a faster rate," the NIC said in a statement.

A move to an electricity system mainly powered by renewable energy sources would present the "lowest cost outcome" for consumers, the council said. The NIC recommends the UK government prioritizes support for wind and solar projects over other technologies and urged the government to set dates and budgets for future renewable energy auctions.

The NIC must deliver an NIA every five years, covering sectors such as energy, transport, digital, water, waste and flood defences.

Vestas and Maersk Supply Service have formed a partnership to develop logistics and installation technologies to reduce the cost of onshore and offshore wind, the companies announced June 28.

The new partnership will develop solutions to lower the cost of transporting and installing turbines as they increase in size and they are installed in more remote locations.

The first joint project is a new installation crane which will allow project partners to use "lower cost assets in the logistics value chain," the companies said in a joint statement.

The "Vertical Installer" crane is being developed in cooperation with MHI Vestas Offshore Wind, and has received 47 million Danish krone ($7.4 million) of funding from the Danish government for a period of three years. The battery facility has been installed at an onshore substation and the operators will gather data on weather, market prices and consumption patterns to create an "intelligent and optimized storage system," the partners said.

Potential business models include the capture of wind overshoots to sell excess generation on the wholesale market at later periods, reduction of balancing costs by self-regulation of power supply, capture of wholesale power price peaks through arbitrage, as well as system services such as frequency regulation, she said.

“We may not be able to test all these value drivers, but this is the aim,” Strom said.

Orsted aims to use a battery in conjunction with its Burbo Bank wind farm to provide frequency response services to the UK power grid.