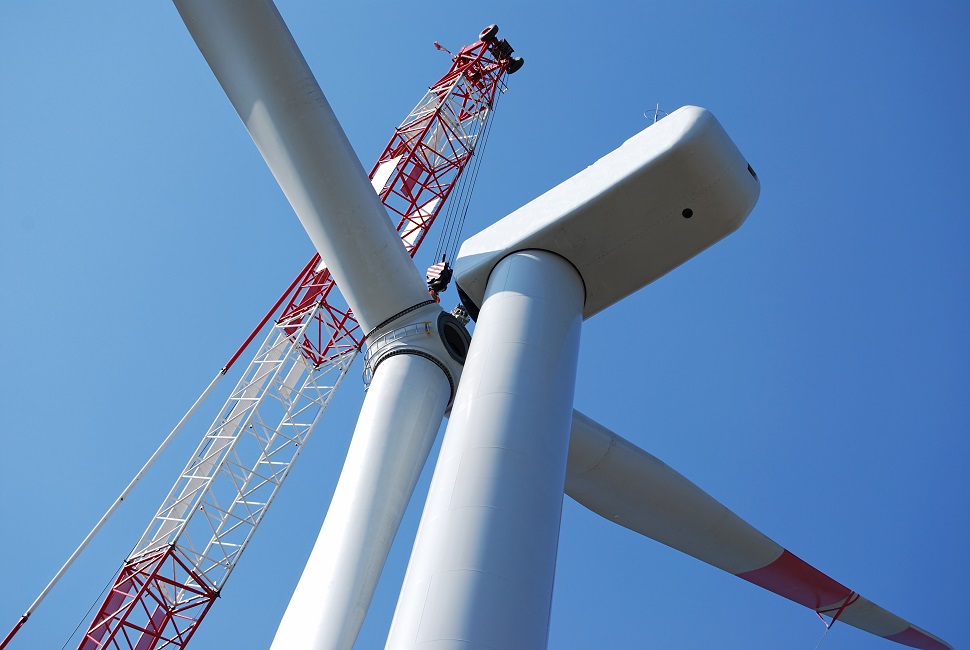 Repowering projects will compete against new builds for up to 2.8 GW of annual capacity. (Image credit: Vincento Vergelli)

New rules implemented in January 2017 will impose a competitive auctioning process for all future onshore wind contracts, requiring developers to bid against each other to receive a tariff. The legislation caps new power capacity at 2.8 GW per year-- including repowering projects-- and will impact plants completed from 2019.

"The shift from feed-in tariffs to tenders is a trend we are seeing across Europe. Germany’s move was to be expected as Member States bring their support schemes into line with the European Commission’s state aid guidelines," Oliver Joy, spokesman for European trade body Wind Europe, said.

Germany installed around 3.5 GW of wind power in 2015, including 484 MW of repowered capacity, raising the total installed capacity to around 42 GW. After strong growth in repowered capacity in 2009-2014, demand softened in 2015 due to the removal of a tariff bonus of five euros per MWh ($5.5/MWh).

Annual installations are expected to remain strong in 2016-17 before ramping down ahead of the new capacity limits, Wolfram Axthelm, government relations spokesperson for BWE, the German Wind Energy Association, told Wind Energy Update.

The market potential for repowering is set to grow significantly in the coming years as feed in tariffs for existing plants expire.

If these plants are not repowered, revenues would be restricted to electricity market sales at prices potentially between 20 and 30 euros/MWh, Axhelm said.

"As far as we can see [40 to 50 euros/MWh] would be needed...the BWE is looking for new economic models, for example to sell that electricity on a regional level," he said.

The inherent unpredictability of auction results could hamper repowering projects and growth would be more moderate than in 2009-2014, Brand warned.

"We expect a less intense [repowering] boom because first of all we no longer have a repowering bonus which made repowering particularly interesting…And secondly, new projects now have to participate in the auction. So they do not yet know how high their new feed-in-tariff will be. This insecurity may hinder some investment decisions," she said.

Given current low wholesale market prices, a more intense period for repowering may start from 2021 onwards when the current feed-in tariff for around 5 GW of wind capacity comes to an end, Brand said.

"If no further support system for wind turbines after 20 years is established, these turbines will most probably be repowered if they are located in an area where wind turbines may still be installed," she said.

Price competition in the tenders will also be impacted by Germany's need to redistribute installed capacity power to Southern industrial areas. Less capacity is expected to be auctioned in the north of the country, in areas where transmission networks are particularly constrained.

In some regions, developers are also faced with local height restrictions which do not allow them to install new larger turbines on existing urban and coastal sites, Axhelm said.

The BWE operators committee is discussing regulation changes with federal authorities to allow repowering projects in these areas, he said.

“Due to their larger scale they can afford advantageous biddings and more of the needed (venture) capital to join the auctions," he said.

The O&M supply chain will also have to respond to the more competitive auction process, Brand said.

"The auctioning system generally makes the market more competitive, so also the supply chain in O&M needs to be efficient," she said.

Developers bidding in the tenders must also factor in a range factors set to impact European power prices in the years to come and the uncertainty of the wind tender results adds further risk.

Technology advancements are driving down the cost of wind and solar power projects and accelerating the closures of fossil fuel and nuclear plants. This will have knock-on impacts for marginal generation costs and wholesale market prices.