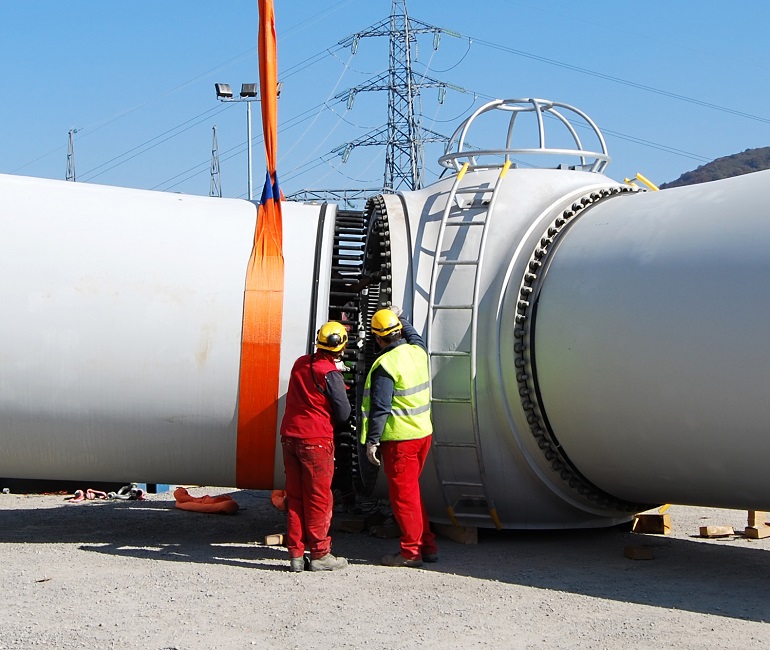 Low wholesale prices and expiring support mechanisms have raised the importance of operations and maintenance (O&M) for new wind power projects as well as existing plants.

"The levelized cost of energy, at least from an E.ON perspective, looks like it could be somewhere around 35 euros/MWh [$37.0/MWh]…That's not really good enough for us, we need to go below 30 [euros]," he said.

The company uses a range of relationships, from self-performance through to mixed or hybrid teams performing similar tasks at different stages and joint teams performing separated tasks, he said. A mixed team may see the OEM take the lead during the warranty period while a hybrid team might see E.ON taking the lead post-warranty.

"We need to cooperate within this industry to make levelized cost of energy reach the level we want," Flaig said.

E.ON built its first onshore wind farm in 1992. The operator introduced mixed O&M team operations in 2012, self-performance in 2013 and started to offer third-party services in 2015.

"The main drivers have always been safety first, quality second, and as a result normally we can reduce the cost of our business," Flaig said.

E.ON's focus on health and safety has reduced its Total Recordable Incident Frequency (TRIF) by 77% between 2009 and 2015.

"We need to speak to other players. The problem we have with some of the partners in the industry is that people don't share this with us... If we have a service contract with an OEM and we have written in the contract that you should share what happens on the turbines...we normally get very limited information," he said.

E.ON's move towards self performance has boosted availability rates. The group’s average aggregated availability for self-perform wind farms in the Nordic region has risen from around 97.5% in 2013 to almost 99% in 2015, Flaig said.

A good network of partners for spare parts, training and access to technicians can help self-performing operators overcome the lack of OEM support post-warranty, he said.

E.ON has shifted its mindset from “managing suppliers” to "managing relationships" and continues to work with ISPs and OEMs to maximize performance, Flaig said.

For example, E.ON calls on expert ISPs to provide information and specialist technology for blade inspections and works with ISPs and OEMs to improve maintenance regimes.

"We have built in-house capabilities on blade inspections and blade maintenance but to achieve the optimal performance, in-house is not good enough for us," he said.

A few years ago, cooperation with suppliers generally started post-warranty, and the operator now works with OEMs much earlier in the process, Flaig said.

"We to start work together with an OEM from day one, if that's possible," he said.

Operators and suppliers can also work more closely together at the project development stage, to improve availability estimates which can often be overly conservative, Flaig said. More transparency during this stage would provide more "realistic" assessments and help inform construction decisions, he said.

Cooperation with suppliers will be a key theme going forward as operators enhance their skills by obtaining greater value from relationships, Flaig said.

"We cannot just run a procurement process...Our O&M strategies are based on partnerships and those relationships will shape our future," he said.