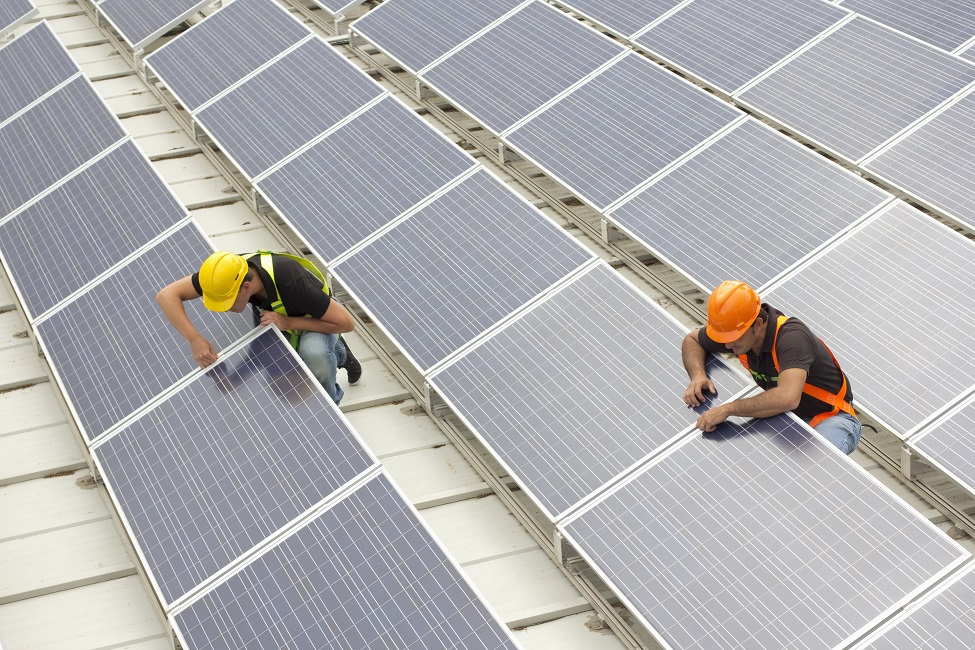 US solar employment growth to slow after record year

U.S. solar firms predict employment in the solar sector will rise by 10% in the coming year to around 286,000 workers, following a record 25% rise in 2016, according to the Solar Foundation's National Solar Jobs Census 2016, published February 7.

U.S. solar industry employment was estimated at 260,077 at the end of 2016, following the largest annual growth since the census began in 2010. In comparison, jobs in the wider US economy rose just 1.5%.

The strongest growth in solar jobs was seen in project development, Research and Development (R&D) and finance roles, where job numbers rose by around 54% last year.

"Of the 51,000 solar workers added since November 2015, 80% were newly created positions, with the remaining [20%] comprised of existing positions that have added solar responsibilities," the census report said.

US solar employment growth by sector

Around 41% of current jobs focuses mainly on the residential market while 20% are in commercial and 31% in utility-scale project roles.

"Utility-scale development is less labor intensive than residential, so there are fewer utility-scale jobs despite the greater amount of utility-scale capacity," the report noted.

The solar industry must continue to develop a training infrastructure as skills shortages remain a concern, the census report said.

Around one in four solar employers report it is "very difficult" to find qualified employees and 80% report that it is somewhat difficult, it said.

"Given the projected slowdown in 2017 employment growth to 10%, we expect less pressure on hiring nationally, although select states could experience difficulties," the report said.

"Hiring difficulty is also influenced by hiring in the related trades. If the economy—and specifically construction—remains strong, the solar industry will experience greater competition for workers, making it more difficult to hire, driving up wages and installation soft costs," it said.

US community solar installs to double in 2017

U.S. annual community solar installations are forecast to double to around 400 MW in 2017 and underpin growth in the non-residential PV market in the next five years, GTM Research said in its U.S. Community Solar Outlook 2017 report.

"The community solar segment is on the cusp of becoming a mainstream driver of U.S. solar market growth. Starting in 2017, community solar is expected to consistently drive 20% - 25% of the annual non-residential PV market," GTM Research said in a statement. 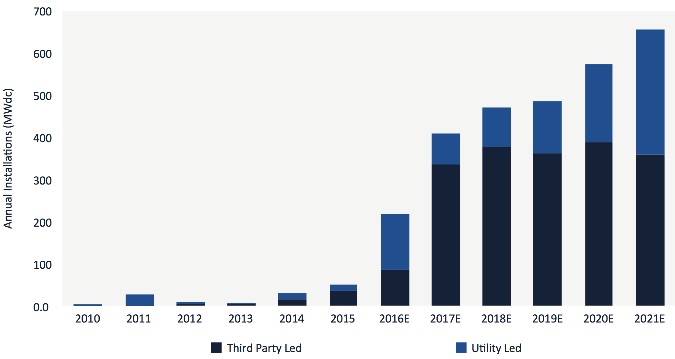 There is currently around 3 GW of community solar capacity under development across 29 states, GTM Research said.

Trump's transition team called for a halt to new loan guarantees, of which more than $25 billion was still available for allocation, Bloomberg reported, citing two sources familiar with the plan. The transition team set out its recommendations in a memo to Energy Secretary nominee Rick Perry, it said.

The Trump administration wants further time to determine whether the loan guarantee program should be abolished, according to the report.

The DOE would continue to administer the $30 billion portfolio of allocated loans and guarantees, the sources told Bloomberg.

The European Commission (EC) has approved French state feed-in tariffs which will support 1.1 GW of new large-scale solar installations and 1.5 GW of small-scale solar projects, the EC said in a statement February 10.

"The two solar schemes together have a provisional budget of 439 million euros [$465.4 million] per year (or a total of 8.8 billion euros over 20 years)... These measures will help France achieve its 2020 target of producing 23% of its energy needs from renewable sources," the EC said.

The French tariff mechanisms aim to stimulate greater use of renewable energy and provide legal certainty while limiting the use of state support to the minimum, Margrethe Vestager, Competition Commissioner, said.

"This is a very important balance for Europe in the pursuit of our environmental objectives," Vestager said.

France is to pay a 'preferential price' feed in tariff to small-scale solar installations of capacity below 100 kW, installed on residential or commercial roofs.

Plants of capacity over 100 kW will receive a feed in tariff over 20 years. Developers were selected for these projects in tenders conducted between July 2011 and March 2013, the EC said.

France's solar growth has been stunted by a lack of legislative support. France installed 576 MW of solar capacity in 2016 and installed solar capacity was 6.7 GW at the end of December, according to SER, France's renewable energy association.

New installations in 2016 were 36% lower than in 2015, "due to a continuing lack of [project] tenders over several years," SER said in a statement.

The first round will call for 300 MW of solar power capacity and 400 MW of wind, according to reports.

Saudi Arabia is looking to lessen its domestic reliance on fossil fuels as it pursues its vision 2030 plan of diversified economic and social objectives. The kingdom currently burns 25% of its crude oil production, or 2.8 million barrels per day (bpd), for domestic energy needs, according to data from the King Abdullah University of Science and Technology.

“Eskom will sign the outstanding power purchase agreements for renewable energy in line with the procured rounds,” he said.

“Some of the serious economic effects of the recent pause in South Africa’s [REIPPPP] such as factory closures and job losses have caused serious hardship for this fledgling industry. We trust that there will now be rapid movement to resolve the impasse in line with the President’s directive”, Brenda Martin, SAREC chair, said in a statement.