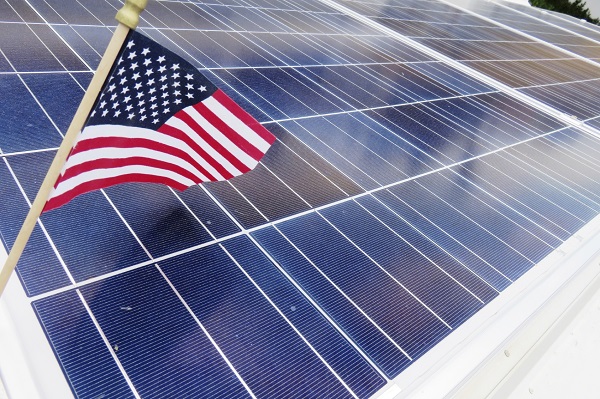 The US PV market is set for record growth in 2016, when new installations are forecast to hit 15 GW, according to a new report by GTM Research and Solar Energy Industries Association (SEIA).

The report predicts 3 GW of new capacity in Q4 2015, taking this year’s total to around 7 GW, and development will accelerate next year ahead of the Jan 1, 2017 deadline for Investment Tax Credits (ITCs).

The sharpest rise will come from the utility sector, but there will also be stronger growth in the commercial and residential markets. By the end of 2016, the US is forecast to have 41 GW of PV capacity online.

At the end of 2016, the 30% federal ITC is scheduled to step down to 10% for utility, commercial, and third- party-owned residential PV, and expire altogether for residential PV customers.

The European Commission (EC) has decided to maintain anti-dumping duties on imports of Chinese crystalline silicone photovoltaic modules while it conducts a new partial interim review of the measures.

The minimum import price of solar modules is €0.56 per watt ($0.61/W), under measures implemented in December 2013 for a period of two years. The duties will now remain in place until the review is completed within a maximum period of 15 months.

"The partial interim review is limited to the examination of whether or not it is in the Union interest to maintain measures currently in force on cells of the type used in crystalline silicon photovoltaic modules or panels," EC said in its Official Journal December 5.

In August 2015, the average price for Chinese- and German-made modules reached parity, at €0.57/W, for the first time in a decade.

O&M market to triple in next five years

The global market for megawatt scale operations and maintenance (O&M) and asset management is forecast to triple in the next five years, to 488 GW by 2020.

According to a report published by GTM Research, capacity for O&M and asset management will exceed 133 GW by the end of 2015 and growth in the coming years will be driven predominantly by China, US, India and Japan.

Increased competition in the O&M market has seen a growing number of independent providers. The O&M market has also seen consolidation via mergers and acquisitions as well as portfolio-level contracting.

Independent O&M firms grew both in number and in size in 2014, according to the study.