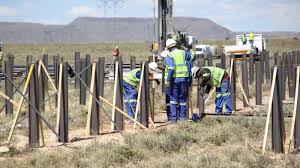 The joint venture between Moncada and Solar Capital began in October 2011 with...

The 85MW solar project located in the Northern Cape, currently claims to be the largest solar farm in South Africa using thin film modules. Estimated annual power generation from the farm is 150,000MWh.

The joint venture between Moncada and Solar Capital began in October 2011 with the endeavour to build seven PV solar projects totalling 520MW, between 2012 and 2016.

Eskom issued a 20 year power purchase agreement for the power supply as part of the second round of the country’s renewable energy independent power producer procurement (REIPPP) programme.

Thin film panel manufacturers, led by First Solar and Solar Frontier, will supply nearly 8 percent of end-market demand in 2014, with premium crystalline silicon (c-Si) suppliers, such as SunPower and Panasonic, comprising the remaining 3 percent share, according to a new report.

PV modules using solar-grade wafers, as offered by 16 of the top 20 solar module suppliers to the industry, will account for 89 percent of solar capacity forecast to be installed this year, according to the NPD Solarbuzz PV Technology Roadmap report.

“From the early growth phase of the solar PV industry through 2012, there were many differentiated and competing technologies under development,” Colville noted. “This made it particularly challenging to formulate a comprehensive roadmap that could be used to predict the industry’s technology growth.”

Under the NPD Solarbuzz “most-likely PV technology roadmap forecast,” thin-film and premium c-Si module supply is expected to increase from 5.3 GW in 2014 to 14.5 GW in 2018. New entrants to the premium c-Si category include SolarCity’s proposed capacity expansion of Silevo, and First Solar’s plans to move TetraSun’s PV technology into mass production.

Colville says that market-share comparisons are benchmarks of the relative success of the various technologies. He says that the PV industry continues to experience “high growth rates”, with annual demand doubling almost every four years.