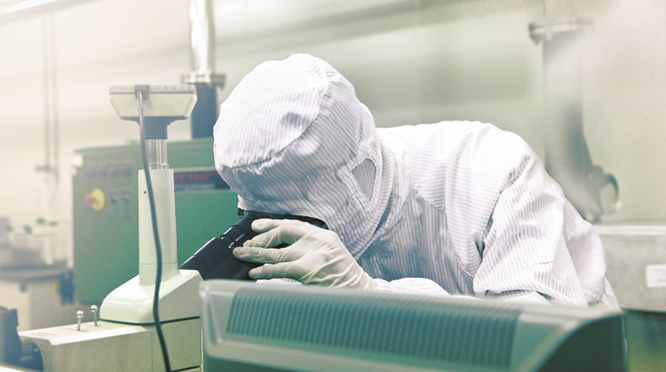 Hanergy, which has seen its market value jump 5 times in recent months, is...

Hanergy Thin Film Power Group's (HTF) shares have more than tripled in the past five months, causing concern that the company is overvalued and over exposed to its parent company, Hanergy Group. However, HTF’s CEO Frank Dai has expressed that investors are not worried.

HTF's market value is in the region of HK$176.9bn, more than double the HK$83.3bn combined market value of 11 of its mainland rivals, according to South China Morning Post.

The Shanghai-Hong Kong Stock Connect on Nov. 17 opened up the HTF stock to a deep pool of interested mainland investors, said HTF’s CEO Frank Dai in an emailed statement to Forbes online.

“Of course, we (do) not know the reason of our stock price (has) doubled since Nov. 2014, but we estimate the Shanghai-Hong Kong Stock Connect may probably be one of the reasons,” he said.

According to the report, Hanergy’s billionaire chairman Li Hejun was ranked No. 5 on the Forbes China Rich List published last October and was named the mainland's richest person by the Hurun Report due to his ownership of 75 per cent of Hanergy, chairing both companies.

The Thin film unit, HTF, is extremely dependent on its parent firm for sales. As a result, there is not an extensive third-party customer endorsement of the quality of products produced. Hanergy has also granted itself lengthy credit and receivables collection periods and a “lofty valuation”.

However, Dai says that in addition to the Stock Connect, there was a “Disclosable Transaction” announcement published on 24 December 2014, whereby “HTF had entered into the Disposal Agreement with a third-party fund pursuant to which HTF will sell the equity interest of five grid-connected photovoltaic power station projects with a total of 180WMp,” said Dai in the email statement.

“The company will record a net profit gain of approximately RMB777,600,000, which was a significant contribution to the profit of company in year 2014.”

But another event that changed the stakes for the thin film player was the announcement that they were set to launch by October of this year a car to be powered solely by PV panels.

The company will launch between three and five different models of the automobile, which will use six sq meters (64 sq ft) of thin-film solar cells, according to reports. The PV equipment, fixed to the body of the cars, will allow them to travel up to 100 kilometers (62 miles), after gathering sunlight for four hours.

The company’s foray into the alternative solar product space has been supported by its US gallium-arsenide (GaAs) thin-film solar cells maker Alta Devices, which specialises in emergency charging of mobile phones and cars. Hanergy acquired the company in 2014.

Siva Power has closed a Series D financing round, which along with other recent efforts has raised a total of $10m in new capital for the California-based firm. The funding enables Siva to begin building a key production component and narrow down its site selection for a manufacturing plant.

The new investment includes converting $3m in debt financing Siva received in May 2014 from four current investors — Trident Capital, DBL Investors, Medley Partners, and Acero Capital — and the city of Wuxi, China as a new investor.

An additional $4m is being committed by DBL, Medley, and Acero. This funding comes on top of Siva's recently announced $3m award from the US Department of Energy’s SunShot Initiative.

The new funding enables Siva to start building what it claims will be the world's highest capacity co-evaporation source, which is the unique technology that deposits the photovoltaic material onto the solar panel.

Creating the highest-capacity source will enable Siva to construct the rest of its full-scale production line for a 300MW factory, which would also be the world's largest.

If completed, Siva Power claims it will be the first US company to sustainably meet DOE's targets and also the least-expensive solar panel manufacturer worldwide. Siva is considering various locations —with California and other global sites on the short list — for establishing its 300MW factory.

Siva Power estimates it can achieve a manufacturing cost of $0.40/watt when it begins operating its 300MW line, and less than $0.28/watt within two years, reaching a cost even lower than DOE's goal of $0.50/watt.

Siva also announced that Dr. Bulent Basol is joining Dr. Charlie Gay, Dr. Rommel Noufi, Mr. John Benner, and Dr. Markus Beck on its Technical Advisory Board. "I am honored to join such an experienced board," said Bulent.  "I believe this is the most experienced and capable team ever assembled in one place for thin-film solar technology."

Dr. Basol has been an internationally recognized pioneer in thin-film PV for more than 30 years, with more than 160 patents and 100 publications. Bulent started his career in 1980 with Monosolar Inc., one of the first solar companies.

Siva Power CEO Brad Mattson said, "The addition of another technology expert like Bulent, plus this new capital financing, mark important milestones for Siva's forward momentum, moving us closer to building the solar industry's largest manufacturing facility," said Mattson. "We will need to raise more capital later to build out the rest of our factory, but this is an important confirmation that we are on the right track."

In his keynote speech Hanergy Chairman Li Hejun pointed out that with mankind's continuous progress and the accelerated development of science and technology, traditional energy structures and energy utilization patterns are undergoing disruptive change.

Mobile energy is based on distributed power generation technology and integrated with technologies including energy storage, mobile Internet, and controlled data tracking.

The electronic devices market, another important mobile energy application field, is expected to include over 6 billion smartphones globally by 2020. The power consumption of a smartphone is about 4 kWh each year; so the overall power consumption of 6 billion smart phones will surpass 24 billion kWh. If tablet computers are taken into account, the total power consumed will be approximately equivalent to a half-year's energy output of the Three Gorges Dam Hydroelectric Power Plant.

The competition is open to product developers, R&D institutions, designers, engineers, teachers and students from design colleges and anyone else who is interested and passionate about design and creativity. The topics cover six industries including architecture, transportation, electronics, home use, fully solar-powered automobiles and others. Applicants can choose from any topic and submit as many entry works as they want.

To encourage global design experts' participation in the competition, Hanergy has prepared generous awards. The winner of the highest honour of the competition - Hanergy Dream Award - will be awarded 1 million RMB.

"Our latest research cell efficiency record is a result of continued learning in the material science and device physics of CdTe solar cells," said Raffi Garabedian, First Solar's Chief Technology Officer. "Our work is not done in isolation, but is in part a result of the many fruitful collaborations we have with academia, national labs, and our industrial partners, most notably GE Global Research. The learning has enabled us to further optimize our fabrication processes and thereby boost the performance of practical devices further towards the theoretical limit."

"Given the slope of our research cell improvements and the fact that it's still February, we remain confident that we'll meet or exceed our roadmap expectations," said Garabedian.