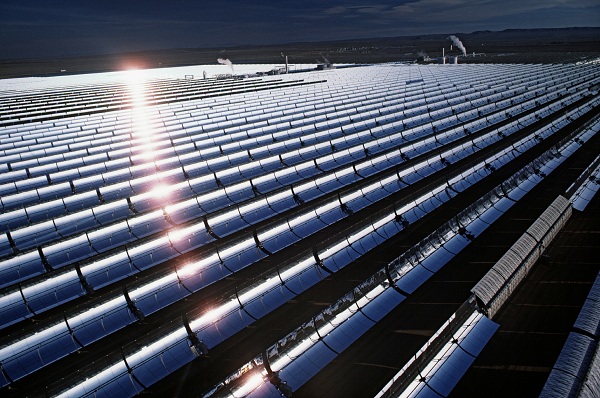 South Africa has seen its module manufacturing base widen after the government increased requirements for local content during the first four rounds of its renewable energy procurement plan (REIPPPP).

While developers have been able to meet local content requirements without sourcing modules from South Africa, recent commitments by major solar manufacturers have increased the domestic supply of modules ahead of the upcoming round 5 project bids.

Some solar firms have set up offices in South Africa as a base for sub-Saharan growth and several companies, including ART solar, JinkoSolar, Solairedirect and SunPower, have built panel manufacturing facilities geared towards grid-scale projects.

South African’s ART solar opened a 75 MW per year manufacturing facility in KwaZulu-Natal in 2013 and China’s JinkoSolar opened a 120 MW/year plant in Cape Town in 2014.

France’s Solairedirect is producing modules in South Africa as part of a three-year 120 MW toll manufacturing deal signed with China’s ReneSola in April 2013 and in 2015 US’ SunPower opened a 160 MW/year manufacturing plant in Cape town.

The capacity of these four manufacturing plants adds up to around 400 MW a year, and in comparison, 415 MW of new PV projects were selected in round 4 of the REIPPPP. This last round was held in 2014 with the selected bidders announced in April 2015.

South Africa’s government is yet to announce the local content criteria for round 5, but commitments by major solar manufacturers since the launch of round 4 indicate a bright future for the country’s solar industry.

ReneSola opened a sales and marketing office in Cape Town in 2014 and said “South Africa is an ideal gateway for expanding ReneSola's business into emerging markets like Ghana, Rwanda, Namibia, Kenya, and others across the continent.”

China’s Suntech has supplied panels to South African solar projects and opened a warehouse in Cape Town in March 2015, but is yet to commit to a manufacturing facility in the country.

In July 2015 Vikram Solar opened its first South African office in Johannesburg and is yet to establish a manufacturing plant.

Rising manufacturing capacity comes after South Africa stepped up its local content requirements round by round.

Within the REIPPPP, the local content level is determined as a percentage of total project spend, and it carries a 30% weighting in the decision to award a project.

In round 1, the South African government specified at least 35% of project spending should go on local content, setting a target level of 50%.

As a result, local content levels for selected PV projects rose from 38% in round 1 to 53% in round 2, 54% in round 3 and 65% in round 4, according to figures from the International Renewable Energy Agency and South Africa’s Department of Energy.

Selected PV projects in round 4

The current formula for calculating local content uses value to project assumptions for each major component and this has allowed PV developers to meet increasing local content requirements without having to purchase locally-made modules.

Developers have been able to surpass local content thresholds through the purchase of non-module items such as civil works, grid connections and inverters.

However, if the local content requirement rises in the next bidding round, or the calculation formula is adjusted, module procurement could play a deciding role in bid selection.

“I suspect we are at a point where local content becomes a tipping point for many bids,” Hunt said.

South Africa's electricity supply challenges continue to limit economic growth and the government sees renewable energy growth as a solution which will also generate a high number of new jobs.

On announcing the successful projects in round 4 of the REIPPPP, the Department of Energy noted that the number of jobs created in round 4 was relatively unchanged compared with round 3 and the government will be keen to spur further employment growth during future bidding rounds.

Data sourced from DoE and prices fully indexed to April 2014. Dollar conversions are made at Feb. 2 exchange rates.

The above table also shows that prices of South African PV projects have fallen sharply and while South Africa's manufacturing base remains relatively small by global standards, developers are left with the challenge that locally made products tend to be more expensive than imports.

The price of locally sourced Crystalline PV modules is typically 7% to 11% higher than the cost of imported products from mass-producing nations, according to Hunt.

Crystalline module imports would typically be sourced from Chinese or Southeast Asia producers, he said, and latest data on the pvxchange platform indicates these modules are priced at between 0.47 euros per watt and 0.55 euros/watt (8.1-9.5 rand/watt).

South Africa’s solar industry would be further boosted if the government cuts coal subsidies which have deterred industrial consumers from switching to solar supply, according to Dr Thomas Hillig of TH Energy Consulting. This could help narrow the spread between South African module prices and foreign imports, he said.

“I think tremendous subsidies for coal are the biggest disadvantage that solar has in South Africa,” Hillig said.

Without this support “we would for sure see many more onsite renewable energy installations,” Hillig said.