An anticipated hike in US interest rates paired with the looming expiration of the Investment Tax Credit (ITC) may prompt solar developers and investors to re-think how to use Yieldcos and other financial products to finance future solar projects, Moody’s Vice President & Senior Credit Officer Swami Venkataraman told PV Insider. 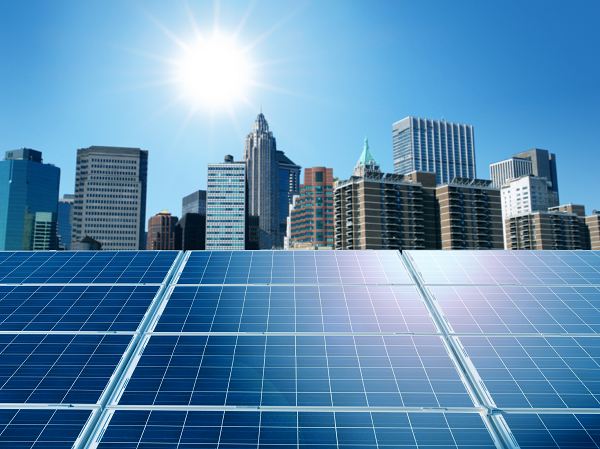 US solar financing models are being tested by a selling spree of solar Yieldco shares over the summer, which has dented stock prices, despite strong growth in solar deployments, and prompted concerns over the fledgling Yieldco financing mechanism.

“Yieldco cost of capital has increased sharply over the past several months, which will affect growth prospects,” Moody’s Venkataraman said.

A Yieldco is a dividend growth-oriented public company formed to own operational assets that produces a predictable cash flow, typically based on long-term power purchase contracts.

This summer, share prices of most top asset-holding Yieldcos plunged in response to falling crude oil prices, hints of a US Federal Reserve interest rate increase and a number of renewable energy firms seeking large sums from public capital markets, according to Council on Foreign Relations blog writer and fellow Varun Sivaram.

In addition, the US Federal Investment Tax Credit for commercial renewable energy projects is scheduled to drop from 30% to 10% from January 2017, which is expected to impact some project development.

The Yieldco share price drop was particularly sharp this summer, but this did not reflect the inherent stock value or poor company performance, but rather the sentiment of oil and gas investors, Sivaram wrote in Fortune Magazine on Sept. 5.

A perfect storm of low oil prices, anticipated interest rate hikes and higher use of public capital markets “spooked” oil and gas investors, who then sold off their renewable energy Yieldco shares, he said.

Shares in NextEra Energy Partners, for example, have fallen from $47.25 in May to $26. Meanwhile, the share price of SunEdison’s Yieldco TerraForm Power has fallen to $20, half the price traded in July.

The share price of Abengoa Yield, which is a Concentrated Solar Power vehicle, has halved since June to $19, while newly launched NRG Yield has seen its share price fall from $27 in June to $15 in early September.

Yieldcos, which would not normally be directly affected by oil prices, have been dragged down along with Master Limited Parity Partnerships (MLPs), holding companies for oil and gas infrastructure assets, Venkataraman said in an email.

It is not yet clear whether investors will be prepared to distinguish between MLPs and Yieldcos going forward, he said.

The current low interest rates have held down the cost of debt for renewable energy firms and curbed project costs. A rate rise would disrupt these beneficial conditions, although many investors will have factored in a looming rate rise in their valuations.

Yieldco cost of equity will depend on market confidence in Yieldcos, parent company growth and cash flow prospects, Venkataraman added.

According to Sivaram, rising US interest rates will taint Yieldcos’ attractiveness as a low-risk, comparatively high-return investment, but short-term rate hikes are unlikely to be steep enough to significantly damage the Yieldco value proposition.

Sivaram also expects Yieldcos to weather the short-term drop-off in project development after the expiration of the ITC in 2017, especially because many are amassing a global portfolio of assets and diversifying their exposure outside the US market.

Future alternatives
New Yieldcos may even choose to list as MLPs to make the tax benefits permanent, Venkataraman said.

An MLP is a business structure that is taxed as a partnership but whose ownership interests are traded like corporate stock on a market.

Until now, MLPs have only been available to investors in fossil fuel-based projects, but a new bill proposes to open up this structure to renewable energy firms.

Projects included in MLPs get access to capital at a lower cost and are more liquid than traditional financing approaches, making them highly effective at attracting private investment.

If Yieldcos convert to MLPs, this may cause existing MLPs to start buying up renewable assets for their own portfolios, Venkataraman said.

“If that happens, competition for new assets will increase, which is bad for Yieldcos,” Venkataraman noted.

However, short-term valuations of Yieldcos are unlikely to be significantly affected by this competition as current Yieldco valuations mainly depend on growth expectations and the general investment sentiment in the energy sector, he said.

Room to grow
Despite a dip in solar Yieldco valuations in August, the impact of Yieldco financing on solar developers and plant operators has been “huge,” Camilo Patrignani, CEO of renewable energy developer Greenwood Energy told PV Insider.

“Yieldcos provide a relatively low cost of capital and high valuations. Those two elements are as important as minimizing solar installation costs,” he said.

Yieldcos worldwide in the second quarter of 2015 raised $1.6 billion in public markets, about $800 million in debt, and accounted for almost a third of all large-scale project acquisitions, Raj Prabhu, CEO of Mercom Capital Group, said in the company’s weekly funding report on Sept. 7.

Goldman Sachs, Citigroup Global Markets, Deutsche Bank Securities, JP Morgan Securities and Credit Agricole Securities all worked on the 8point3 IPO, the Yieldco formed between First Solar and SunPower. The company listed at a price of $21 per share in June, raising $420 million. The stock price has fallen by a third since then to below $14.

Moving forward
Goldman Sachs and Deutsche Bank remained committed to the solar sector even during the rocky summer trading period.

In mid-August, SunEdison and West Street Infrastructure Partners III (a fund managed by Goldman Sachs) formed a $1 billion warehouse investment vehicle, the WSIP Warehouse, to fund construction costs and to acquire operating assets. TerraForm Power will have an exclusive call right over the warehoused assets.

The WSIP investment vehicle has $300 million equity committed. The debt structuring is being led by Morgan Stanley, Bank of America and Deutsche Bank, and will provide commitments for $700 million of debt in the form of a $500 million, five-year term loan and a $200 million, four-year revolving credit facility.

SunEdison has the option to expand the facility by up to $1 billion to a total of $2 billion, subject to certain conditions, according to a SunEdison statement.

The move to a less risky “income stock” investment model over a growth strategy play comes with the natural maturity of the international solar market.

Appetite for such financial products in the medium to long term will be determined by solar energy policies, the levelized cost of electricity of different renewable technologies, the diversification of Yieldco portfolios and, of course, interest rates.