New projects, if approved by regulators, will power about 41,000 homes, says Xcel Energy. 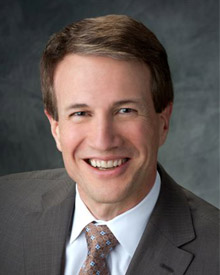 “The prices we secured through a competitive bidding process will provide...

Xcel Energy has asked regulators to approve three power purchase agreements for a total of 187 megawatts of large-scale solar photovoltaic generation in Minnesota. These projects represent more than a 10-fold increase in the state’s solar energy capacity.

“The prices we secured through a competitive bidding process will provide substantial benefit to our customers during the 25-year terms of the agreements,” said Dave Sparby, president and CEO of Northern States Power Co.-Minnesota, an Xcel Energy company.

“These purchases, combined with the addition of customer-sponsored solar generation over the next five years, will result in having between 250 to 300 megawatts of solar generation operating by 2020. We estimate this level will meet or exceed Minnesota’s solar energy standard -- which requires 1.5 percent of our sales to be met with solar generation by 2020,” Sparby said.

“These resources annually will provide a level of energy equivalent to the amount used by about 41,000 homes, while avoiding approximately 7 million tons of carbon dioxide emissions over the life of the agreements. As such, these resources continue the significant progress we’ve made during the last decade in cost-effectively improving our environmental performance.”

In Xcel Energy’s separate capacity acquisition proceeding, the Minnesota commission previously selected for development the 100-megawatt Aurora solar project proposed by Geronimo Energy. If the commission decides to proceed with Geronimo Energy’s project, the company recommends regulators approve only two of the three power purchase agreements that resulted from the competitive bidding process: the Marshall Solar and MN Solar I projects.

Due to bidders’ sensitivities, information in the filing about the solar project costs and pricing has been designated trade secret.

In addition to adding cost-effective, large-scale solar generation, Xcel Energy expects to launch its community solar garden programme by the end of the year, and continues to provide its Solar*Rewards incentive program for rooftop solar.