South Africa power utility Eskom has had to scale down its plans to refurbish transmission lines and build new ones in the next five years, due to its troubled financial state. We look at how transmission gaps are impacting this country’s solar power ambitions. 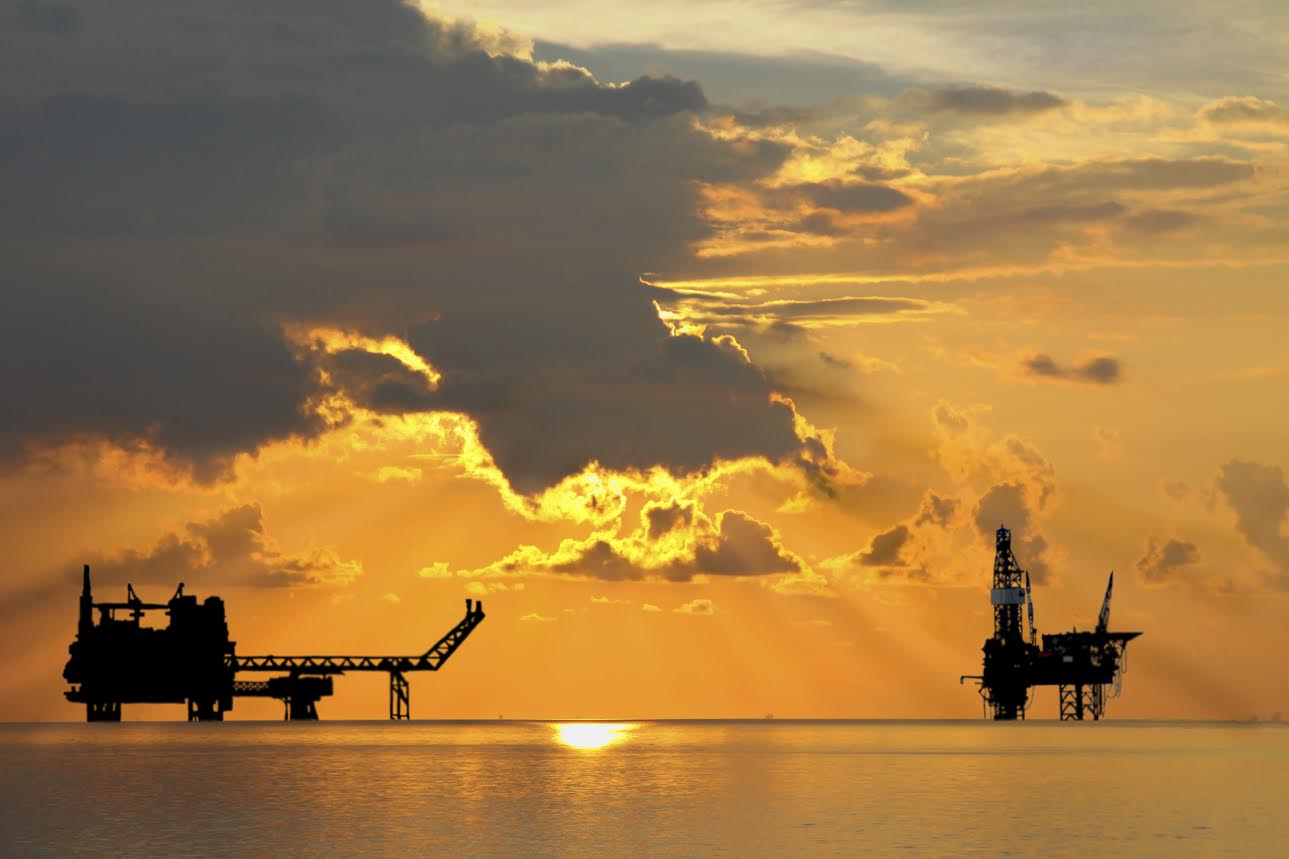 SunPower broke ground in December 2012 on two South African ground-mount solar power projects totalling 33 megawatts (MW). Both projects are located near Douglas, South Africa in the Northern Cape Province. The company recently reported that it plans to own and operate a solar panel manufacturing facility in Cape Town, South Africa, to meet the growing demand for solar in that region.

Some of the best sites for solar irradiation in South Africa will never be developed because they are hundreds of kilometres from a grid connection point, as Dr. Arnold Rix, Project Development Manager  at Gestamp recently explained at PV Insider’s PV Project Development Africa 2014 conference.

Rix says that that South Africa undoubtedly has an excellent market for solar with (2300kWh/kWp in some areas) and 400MW scheduled to bid annually until reached 8.400MW in 2030.

He described the average pricing per Rand/megawatt allocated in the First Bid Window as a “gold mine”, the second likened to “bronze” and the third and now fourth “down to business”.

While 400 MW is scheduled for PV and the climate hosts an ideal PV environment, there is still a huge supply problem in South Africa that will be difficult to match on account that “the grid isn’t always there”, says Rix. He stresses that keeping up-to-date on any grid developments through utility Eskom is crucial to keep any existing and future projects on track and on time.

The electricity supply problem could be exasperated and delayed due to a combination of grid infrastructure unavailability and funding gaps felt by Eskom for any grid upgrades. There is also the matter of a developer’s valid Eskom cost estimate window, which could only be extended on a case by case basis.

In selecting a site for development there are readily available tools, such as the Transmission Development Plan, the latest of which has put a spanner in the works. Power utility Eskom had to scale down its plans to refurbish transmission lines and build new ones in the next five years, due to its troubled financial state, it was recently reported by South African news site, Moneyweb.

Notably, past TDPs have been reportedly misleading because Eskom projects just moved out on account that ample funding was not available and therefore were not deemed priorities.

Learning of the generation capacity of the current substations is also paramount to success. This is a key factor to learn in advance by speaking to Eskom about any grid upgrades or other parties using part of the site point, says Rix.

“If Eskom decides that they don’t have the funds to see an upgrade through then your connection can be delayed and that is a tough battle to fight. You also must speak to the landowners well in advance to secure the servitudes,” he says.

TDP: Scaling down, for now

Eskom is paying R2 million per month for renewable energy that is available to the grid, but cannot be connected. The payments, which were confirmed in the media, have been running for two months and will continue for another ten months until the connection is done.

Spokesperson Andrew Etzinger could not disclose which renewable project it related to, but “confirmed it is the only project in the Department of Energy’s first bid window that has not been connected. A total of 1 600MW of renewable energy has been connected to date. In many cases it is not merely a connection that is required, but the grid also has to be strengthened,” said the news report.

During a presentation of Eskom’s Transmission Development Plan (TDP) for the next ten years, officials warned that connecting new projects - including those in the fourth round of renewables - will be very challenging. The fourth round bids have not been awarded yet.

However, those connections for the first three rounds are funded and those for the first two rounds are "in most cases on track, some completed while others are in execution or nearing completion,” the utility said.

Apart from the 26 first round projects, six of the 16 second round projects have been connected, according to reports. Round three connections are awaiting approval. Eskom has allocated R2.5 billion for strengthening the grid for the round three projects.

The downscaling was done in response to the national energy regulator’s (Nersa’s) decision to grant Eskom an 8% annual tariff increase for the current tariff period that ends in 2018 instead of the 16% Eskom applied for. Eskom had to reprioritise its expenditure on transmission and deferred many projects until after 2018.

Projects in execution will continue, says Eskom, but other projects have been re-evaluated in terms of their readiness with regard to the acquisition of servitudes, the completion of detail designs, interdependencies with other systems, constructability and whether there was a valid business case.

“The value the project would add to improve power transfer and the economic impact was taken into consideration, as well as value for money,” said the Moneyweb report.

The cost of executing the transmission plan was put at R162.8 billion - R146 billion of which will be for capacity expansion.

The overall budget, which was estimated at R163-billion, remained more or less as it was in previous versions of the TDP, with R146-billion required for capacity expansions and the balance split between refurbishments, spares, servitude acquisitions and environmental and corporate costs, according to online news site, Mining Weekly.

“However, the latest version also rescheduled much of the actual investment into the fourth multiyear price determination period, or MYPD4. This is partly attributed to the fact that Eskom has received lower-than-requested tariff increases from National Energy Regulator of South Africa for the MYPD3 period from 2013 to 2018, but it also takes account of delays associated with securing land, servitudes and environmental approvals.

The rephrased plan envisages the building of 13 396 km of new transmission lines and the introduction of 81 385 MVA of additional transformation capacity by 2024.

Before the revelations of the latest TDP published in October, the proposal to unlock extra connection capacity was already a waiting game for solar developers in South Africa.

Tools previously included the transmission development plan for 2013, which could in part steer your development, says Rix.  He explains that the problem has been that past TDPs have lacked funds to back them up. In some cases Eskom projects have “ just get  moved out, since there are no reasons to prioritise them”.

In addition to TDPs in recent years,  other tools include the generation capacity of the current substations. This is key to learn in advance by speaking to Eskom about any grid upgrades or other parties using part of the site point.

“If Eskom decides that they don’t have the funds to see an upgrade through then your connection can be delayed; that is a tough battle to fight. You also must speak to the landowners well in advance to secure the servitudes,” he says.

Eskom cost estimate letters could in effect get side tracked due to a lack of available grid infrastructure to hook up a project : Most letters expire in 12 months but sometimes projects go on for 24 months before they secure finance and start construction. That is why, yet again, a close and ongoing dialogue with Eskom can keep your cost estimate letters extended or reviewed on a case by case basis.

“Technology costs were a second big reason for the latest fall in investment. Although PV module prices bottomed out in early 2013 as the industry’s sever over capacity eased, balance of plant for PV systems continued to fall,” according to Cresco Project Finance, another participating panellist at the recent PV Insider event in South Africa.

Certain trends have impacted financing energy projects. “There has also been a deepening in the involvement of long-term investors such as pension funds, insurance companies, wealth managers and private individuals in the equity and debt of wind and solar projects. This process is at a relatively early stage, and renewable energy still makes up only a tiny fraction of fund assets,” says Cresco.

While the latest TDP has been a setback for solar companies with assets or plans in South Africa, projects are still being announced. SunPower, for example is increasing its commitment to South Africa and expected to create up to 150 local jobs.

The company recently reported that it plans to own and operate a solar panel manufacturing facility in Cape Town, South Africa, to meet the growing demand for solar in that region.

At this new plant, SunPower will manufacture its high efficiency SunPower E20/440 Solar Panels and expects to produce up to 160-megawatts (MW) annually.  The company estimates that it will create up to 150 local jobs and will begin recruitment efforts in the first quarter of 2015.

Earlier this year, SunPower completed construction of two ground-mounted solar projects totalling 33-MW located near Douglas in the Northern Cape Town province.  Additionally, SunPower has been appointed as the preferred EPC and O&M contractor for an 86-MWdc project in the round three Renewable Energy Independent Power Producer Procurement program by the MULILO-TOTAL consortium.

SunPower, an affiliate of Total, operates solar panel manufacturing plants in North America, Europe and Asia, and plans to open its factory in South Africa in 2015.

Marty Neese, SunPower COO, said that SunPower has a significant presence in the South African solar market, including two large power plants built this year and another one that will begin construction soon.

“By manufacturing our high efficiency solar panels at this new facility, we will not only help the local economy, but continue to deliver clean, renewable energy to this region," said Neese.

"Our investment in this new plant is part of our commitment to the local South African PV market, and meets our objective to build a sustainable business through local investment and create jobs in the medium and long-term," said Neese.