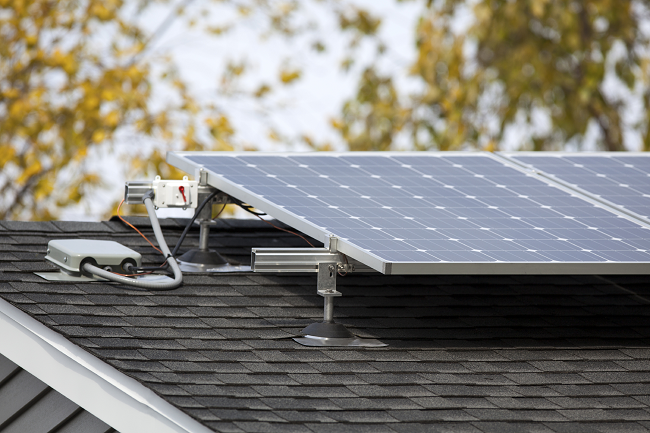 Virtual power plants, which combine the output from multiple energy sources and can ramp it up or down centrally to suit power-purchase agreement (PPA) requirements, are growing in Germany and the United States on the back of rising distributed energy generation, wider use of smart meters and other smart grid technologies, and the emerging markets for ancillary services.

“Increasing functionality in the form of embedded hardware and software would be the primary differentiator of successful midstream solar companies,” Deutsche Bank said in a report published in February.

“Over time, the integration of storage and energy management would become the primary differentiator for solar companies,” the bank said.

The proliferation of virtual power plants (VPPs) is already forcing inverter makers to include greater intelligence in their systems, while virtual power plant owners are seeking to invest in sophisticated data software to control the output from multiple energy sources, according to Mark Barineau, analyst with Lux Research in Boston, Massachusetts.

“Almost all new inverters next year will be smart,” he said.

In June, inverter maker SMA unveiled a partnership with LichtBlick, the German virtual power plant operator, to integrate battery storage systems connected to rooftop PV into a single IT platform that could then deliver power to electricity markets.

SMA is contributing partial solutions for the PV system and its aggregation.

“When many local storage systems are linked together, they create a powerful ‘SchwarmBatterie,’ or battery cluster, which LichtBlick uses to stabilize utility grids and compensate for weather-related fluctuations in wind and solar power,” SMA said in a press statement.

Virtual power plants give operators access to a larger generation pool with enough over-capacity to curtail and ramp up production according to off-taker demand.

Markets with surging renewable energy capacity, such as Germany, are often faced with excess supply of intermittent power.

SMA is researching different inverter solutions for virtual PV power plants, including via partnerships with companies like Lichtblick, said Dagmar Buth-Parvaresh, a member of the company’s public relations team.

Other manufacturers known to be working on smart inverters include ABB, KACO, Outback, SolarEdge, Enphase and Ideal Power.

In the US, meanwhile, First Solar has been operating with a virtual power plant concept for several years.

The customer sends signals to First Solar through an application program interface, and output from the plants is adjusted in response, within a buyer dispatch down agreement.

First Solar has not provided details of the exact value of this, but according to Padgett, there are several benefits of such systems.

“It’s more likely we would be able to stay online if something needs to be adjusted because we can help balance the grid. And CAISO [the California independent system operator] might start to compensate owners for that reactive control,” Padgett told PV Insider's O&M trends and market outlook 2015.

First Solar now includes automatic dispatch system capability in all its plants. The system controls the output from individual inverters and can even shut them down if needed.

In September, SolarCity embarked on a similar path with a smart energy homes pilot in collaboration with the SunSpec Alliance and Southern California Edison, a US utility that operates in the CAISO territory.

In addition to driving cost savings for residential customers by offsetting expensive grid supplies, SolarCity intends to aggregate the portfolio of the 50 homes to provide distribution grid support, as well as ancillary services into the CAISO wholesale market, SunSpec said in a press release on September 10.

On the operations side, VPPs require additional investment in software and communications assets, among others, to plan, schedule and bid for distributed energy services.

In particular, in order for utilities to automatically control the output of a VPP, the asset owner needs to install sophisticated control systems that can allow individual PV strings to be switched on and off.

At the same time, it may be useful to invest in tracking or mounting systems that allow the output of PV arrays to be more finely controlled.

“The upfront costs are higher,” said Barineau. “You need to allow for bi-directional inverters and so on.”

In one example, US inverter supplier TransPower says its Inverter-Charger Unit is priced at 30 cents/watt, although it says the price can be lowered to 20 cents/watt for larger production volumes.

As more solar assets are brought in, O&M will become a higher priority, but this is unlikely to significantly increase O&M costs, Barineau said.

TJ Keating of the SunSpec Alliance confirmed that the shift in O&M practices between traditional and virtual power plants might be minimal, even if additional components such as batteries are taken into account.

“[With] plant maintenance, there will be no real change,” he said. “Storage has little maintenance and solar plant operations will be about the same. Most of the new comes from smart-grid operations; reactive power, frequency support and ancillary services.”

Over time, these systems may even contribute to a reduction in O&M costs, by allowing plant owners to build greater levels of automation and remote control into their plants.

A further saving could come from the standardization of systems needed to ensure all plant components from a range of different plants can work together.

Though costs would vary according to the system configuration, an unpublished SunSpec Alliance smart energy project summary seen by PV Insider estimates that the lifetime cost benefits of a standardized communication interface can result in a $0.02 per installed watt saving, due to decreased need for specialized labor.