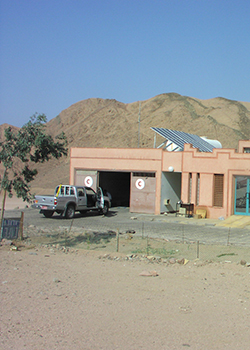 According to Wael El Nashar, a board director and chairman of Onera Systems, a renewable energy company, Egypt is expected to put to tender several new energy projects, with a focus on renewables.

Amid Egypt’s energy crisis and worsening power outages, the government has indicated that new and renewable energy could be part of the solution, according to a news report by The Daily News Egypt, which recently conducted an interview with Wael El Nashar.

Onera will not go the import route, but rather has plans to establish a solar-cell factory in October in Egypt, following the awaited government outlining a distinctive solar energy tariff.

“We have ready-made manufacture plans to be announced after the tariff announcement,” said El Nashar.

Onera aims to produce high-quality solar cells of 600 MW annually in the factory, such as those being imported from Germany and America, and their prices will be the same as the imported ones, he says in the interview.

Both banks and self-financing will provide investments for the project, and periodic studies will be done to develop the industry, he explains.

The company has recently finished a number of projects establishing solar stations for mobile networks in Morocco worth EGP 25m. Also, about 100 mobile network stations were established for Nigerian telecommunication companies.

Onera has finished a project with the Jordanian Ministry of Defence with investments of EGP 3m at the end of last year.

When asked what was the company’s role in the Cabinet initiative regarding the establishment of solar power plants for government buildings, the renewable energy executive said that four solar plants are being established for government institutions to shift to solar power.

“Supplying, installing and operating four photovoltaic solar stations on top of electricity distribution buildings is finished in northern Cairo, with a capacity of 160kW per hour,” he stated in the interview.

The North of Cairo Electricity Distribution Company has announced a tender for the supply, installation and operating of another four photovoltaic solar power stations.

El Nashar said in the interview that solar companies are demanding a tariff for solar power at a cost of EGP 1.10 per solar KW.

They were joined by Tim Cook, CEO of Apple, and Sir Richard Branson, Founder of the Virgin Group, and executives from leading companies, including BT, IKEA, HP, Lockheed Martin, Swiss Re and Unilever.

New major commitments from business and subnational governments to reduce greenhouse gas emissions were announced on a day which saw the unveiling of We Mean Business, a major business coalition demanding government action to curb carbon emissions.RE100, a new campaign to help increase the global market share for clean energy.

US Secretary of State John Kerry said: "It doesn't cost more to deal with climate change; it costs more to ignore it. But despite the scientific consensus we are collectively still allowing this problem to grow, not diminish. It is absolutely imperative that we decide to move and act now. The United States is prepared to take the lead in order to bring other nations to the table."

At the time of the New York City event launch UN Secretary General Ban Ki-moon said: "Climate change is the defining issue of our time. Now is the time for action. That is what the people demanded yesterday in the streets of New York. It is what we will see tomorrow at the Climate Summit. And it is what Climate Week NYC represents."

Mark Kenber, CEO of The Climate Group, convenor of Climate Week NYC, said: "The clean energy and technology sectors are driving growth and job creation at a far more rapid rate than the rest of the economy. This is where our best hope for recovery and continued prosperity now lies."

Trina Solar has landed a supply contract including 70MW high efficiency modules to a large-scale solar power project in Chile.

Under the terms of the agreement, Trina Solar will deliver TSM-PC14 solar modules that have an output of between 300W and 310W per panel. Shipment of the modules will commence in September 2014, it has been reported.

Zhiguo Zhu, President of Module Business Unit at Trina Solar, said, "We are pleased to have secured Trina Solar's second agreement this year to supply modules to large utility scale projects in Chile.”

He continued: “We are delighted with the demand we're seeing for our high efficiency modules in South America and we expect this to continue to grow.”

The Project is 25% owned and operated by EHT over the 20 year PPA and produces approximately 130,000 kilowatt hours per annum and earns a rate of 71.3 cents per kilowatt hour.

"While not material to our overall business, the project was installed using our new rapid deployment installation system which includes a 30% reduction in labor costs and standardization of our supply chain," said John Gamble, CEO. "The know-how, including efficiencies and cost savings, derived from this project will drive enhanced profitability for future large scale EHT owned solar projects."

Under the Ontario Feed-in Tariff program, administered by the Ontario Power Authority, the Project is backed by a 20 year Power Purchase Agreement. In total, over the next 20 years, the Project will provide in excess of 2.5 Million hours of clean electricity for the Province of Ontario.

Gamble said that the business is pursuing a number of qualifying FIT projects in Ontario.

“This is an important recurring revenue stream for the company and is a part of our three pronged approach to the market," said Gamble.

Znshine Solar, a manufacturer of mono- and polycrystalline photovoltaic modules, has reported that it will deliver solar modules for the construction of a 31 MW solar power plant in Hamada, Shimane province, Japan. The power plant is fully owned by Znshine Group.

The overall project capacity of the Hamada power plant is 31MW, of which 11MW will be set up in a first phase, followed by further 20MW. The overall investment will be of 10 billion JPY (around EUR72m), and will benefit of a Feed-In-Tariff of 42 JPY per kWh.

The project will be built, developed and funded by the Znshine. This will not only be the biggest solar power plant in Hamada, but is also currently one of the most interesting  projects in Japan where a Chinese company invests proprietary capital and carries out the building and development of the project.

Solar modules by Znshine will be installed in the Hamada project, namely polycrystalline modules with 250W power, while the construction will be carried out by the EPC company Power Max, affiliated with the Znshine Group.

Znshine CEO, William Wang, said that the Japanese PV market has grown impressively in the past few years, and has huge potential.

“Since Znshine Solar has entered the Japanese market, the sales of our solar modules has expanded at high speed, further driven by the steady expansion of development and construction of power plants by the Znshine Group. We hope that this project and further projects that we will develop in the future will catalyse the interest of investors not only in Eastern Asia, but worldwide.”