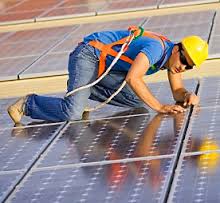 The $250m funding round is the largest-ever round of its kind raised by a...

Sunnova Energy, one of the nation's leading residential solar service companies, has secured an additional $250m in committed funding.

Sunnova will use these funds to continue its growth in the US market.

This funding round was led by business development companies sponsored by Franklin Square Capital Partners, which are sub-advised by GSO Capital Partners LP, and also includes Triangle Peak Partners. Barclays was the sole placement agent to Sunnova on the transaction.

The $250m funding round is the largest-ever round of its kind raised by a private residential solar service company in the U.S. and brings Sunnova's total funding to approximately $500m.

"The demand for affordable energy is substantial," said Sunnova Chief Executive Officer William J. (John) Berger. "The rapid growth Sunnova is experiencing in the markets we serve is propelled by our dedication to provide high-quality resources in support of our market leadership and customer service."

In recent weeks it was reported that solar solutions provider ecoSolargy has signed an agreement with Sunnova to provide modules to Sunnova installers. Sunnova accepted ecoSolargy into its solar partner program after a review of the company’s product offerings and bankability.

The United States should build on the recent growth in solar energy by setting a goal of obtaining at least 10 percent of its electricity from solar power by 2030, according to a new study. Achieving that goal would result in a cleaner environment, less dependence on fossil fuels, and a stronger economy.

The amount of solar photovoltaic (PV) capacity in the United States has tripled in the past two years. More than half of all new US electricity generating capacity came from solar installations in the first half of 2014, and the United States now has enough solar electric capacity installed to power more than 3.2 million homes.

There are 35 million residential and commercial rooftops that could host solar panels across the United States.

The report said that continued growth in solar energy would bring a goal of 10 percent solar electricity within reach. If solar installations continue to increase at less than one-third of that annual rate of growth (22 percent) between 2013 and 2030, America would have enough solar energy to generate 10 percent of its electricity.

Impiro, a full-service investment firm, has reported it has made a “major investmen”t into PT Contained Energy Indonesia, a company involved in various areas of renewable energy in Indonesia and Pacific Islands.

Contained Energy provides energy solutions, from design and system selection, to installation and maintenance, and even financial assistance.

“Energy is a basic building block for prosperity and development, and clean energy is a must for developing countries in South East Asia,” said Impiro in a statement.

“Many of these markets are maturing quickly and market conditions for solar are improving by the month, opening opportunities for solar companies that have long been competing with subsidized (state-owned) electricity rates and have mostly been restricted to off-grid markets.”

“We are very proud to make this significant investment and especially to do so in this industry following some of the significant changes which have taken place in the local alternative energy market,” said Impiro mentor and lead investor Simon Landsheer.

Landsheer said that Contained Energy provides the investment firm with a foothold in a rapidly developing industry, with “phenomenal growth opportunities for decades to come.”

“We had great synergy with the owners of Contained Energy throughout our due diligence process and all signs pointed to it making a lot of sense for us to get involved in the renewable energy market and this company,”  he said.

With recent significant increases in electricity rates and net-metering being introduced in Indonesia, Impiro and Contained Energy will implement an aggressive and rapid action plan to develop the market and further expand upon the already impressive track record of Contained Energy.

“Contained Energy is a company with a track-record of more than a decade in Indonesia and an already impressive list of historical and ongoing projects. We’re grateful for the opportunity to work hand in hand with Pieter and his team to cement their position in the country specifically as well as the industry as a whole”, said Impiro mentor, Eric Dadoun.

Export-Import Bank of the United States (Ex-Im Bank) signed a Memorandum of Understanding with Indian Renewable Energy Development Agency (IREDA) to explore options for utilising up to $1bn to finance the sale of U.S. clean energy exports to India.

The federal agency has authorised $353.4m for U.S. renewable energy exports to India since 2009.

It is being hoped that the availability of Ex-Im Bank financing could translate into support for skilled jobs in the U.S. renewable energy sector.

The Fraunhofer Center for Sustainable Energy Systems (CSE) has completed its first public installation and interconnection of its Plug and Play PV Systems, a residential rooftop photovoltaic (PV) system.

Funded by the U.S. Department of Energy SunShot Initative, the Plug and Play System is a holistic approach to residential PV that will dramatically help reduce the total installed costs of solar electricity by 2020, from $4.00/Watt installed to $1.50/Watt, said CSE.

"What is particularly unique about this project is that it doesn't just stop at technology development but is a comprehensive approach, including integration with the utilities and jurisdictions," said Dr. Christian Hoepfner, Center Director of Fraunhofer CSE and principal investigator on the Plug and Play PV project.

Once commercially available, homeowners will be able to go to their local building supply stores, purchase the PV systems, and install them in less than 10 hours – as easily as installing a washer / dryer combination, according CSE.

Fraunhofer CSE has been working closely with a number of commercialization partners and other stakeholders, including the City of Boston, local Massachusetts jurisdictions (including the towns of Dartmouth and Falmouth), and New England utilities like Northeast Utilities, National Grid, and Green Mountain Power.

"These systems make solar adoption a less complicated and time-consuming process for our customers and easier for us to bring new solar onto our systems. Our customers are going to have easier access to solar, helping us support a more sustainable energy future."

The project's next focus will be on the demonstration of a commercial-ready system in 2015.

Trina Solar, a maker of photovoltaic (PV) modules, solutions and services has reported  that its State Key Laboratory of PV Science and Technology of China has set new world records for high efficiency p-type and n-type silicon solar cells.

According to the company, the p-type mono-crystalline silicon solar cell on an industrial Cz wafer, which integrates advanced technologies including back surface passivation and local back surface field, reached an efficiency of 21.40% (156×156 mm2). The result has been independently confirmed by Fraunhofer ISE CalLab in Germany.

The same advanced cell technologies on a high quality multi-crystalline Si wafer resulted in a new champion p-type multi-crystalline silicon solar cell with an efficiency of 20.53% (156×156 mm2), as independently confirmed by the National Center of Supervision and Inspection on Solar Photovoltaic Product Quality (CPVT) in Wuxi, China.

Both results established new world records for mono and multi p-type silicon solar cells with passivated rear surface and local contact, on 6" substrates and fabricated with an industrial process. These cells are commonly called iPERC cells.

“This marks another milestone in the development of IBC solar cells and comes shortly after the demonstration of a laboratory IBC solar cell with a 24.4% efficiency developed through Trina Solar's collaboration with the Australian National University's (ANU) Centre for Sustainable Energy Systems in March this year,” said Trina Solar in a statement.

“To the Company's knowledge, these total-area efficiency results, independently verified by external laboratories, affirm these cells to be in their categories the most efficient silicon solar cells made by industrially feasible production processes on 156mm x 156mm substrates for both p-type (mono & multi) and n-type (mono) substrates that have been tested anywhere in the world to date,” according to Trina Solar.

The operating portfolio is composed of five projects ranging in size from 7MW to 24MW, with a total peak power capacity of 64MW.

“We are very pleased to complete the successful sale of our operating solar portfolio to Magnetar Solar,” said Sebastian Speight, Managing Director of Ingenious Clean Energy. “With this transaction now complete, we can now focus on our expanding activities in developing, constructing and acquiring further renewable generation assets.”

"The government determined that solar energy needs to be a significant component of the UK’s mix of energy sources, and it has developed a strong market to support that goal," said Alan Shaffran, head of Magnetar's fixed income business in Europe. "We're excited about the opportunity to invest in the UK market, adding to our solar portfolio.  We view this business as an attractive source of stable returns."