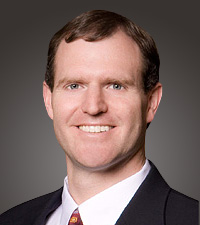 “The UK is the most attractive market in Europe at the moment with a stable...

Sustainable Power Group, or ‘sPower,, a renewable energy provider, and Camborne Capital, a UK solar developer, have made their first joint-acquisition of a 7MWdc solar PV project from developer RGE Energy UK.

The site, located in Ceredigion in the South of Wales, achieved planning permission in February. Construction will commence immediately to achieve accreditation before March 2015. Camborne is currently appointing an EPC contractor and will manage the build out process.

According to Declan Mackle, CEO of Camborne Energy Group, the company’s development portfolio has been very active of late, having made other acquisitions.

“We have built an attractive pipeline of quality assets which we are looking forward to building out in the coming months,” said Mackle.

“The UK is the most attractive market in Europe at the moment with a stable investment climate and a favourable tariff incentive. It is a great place to do business and an exciting time to be involved in renewables in the UK,” said sPower CEO, Ryan Creamer.

The project is the largest in North America to use distributed inverters and dual-axis trackers to maximize production.

Claire Solar utilized 366 AllSun Trackers and modules from JA Solar, to further maximize the farm's output, according to JA Solar. The ground-mounted pre-engineered solar trackers, which track the sun throughout the day, produce up to 30 per cent more energy than fix ground-mounted systems.

The project was constructed under Vermont's Sustainably Priced Energy Enterprise Development (SPEED) standard-offer programme and will produce over 3 million kilowatt hours of emissions-free energy a year. AllEarth Renewables also served as the EPC for the project.

In 2011, AllEarth Renewables used their solar trackers for a 2.1MW solar farm, located across the road from the Claire Solar site.

Canadian Solar has closed a sales agreement with EDF Renewable Energy to supply PV modules to the 24.3 megawatt peak (MWp) Catalina Solar 2 project during the first quarter of 2015.

For this order, Canadian Solar will deliver to EDF RE a total of 83,000 pieces of custom specific CS6X-P solar modules in a 7 x 12 cell matrix with dual UL and IEC 1000V certification.

In the past few years, Canadian Solar modules have been ranked at the top of the PVUSA Test Conditions (PTC) ratings in the industry. The PTC rating programme, established by the California Energy Commission (CEC), is the widely accepted indicator of real-world PV module performance.

Trina Solar has signed a share purchase agreement to sell the company's 10.6MW PV power plant located in Trehawke, UK to funds managed by Foresight Group LLP. This is the first of two Trina Solar UK projects that connected to the grid in Q1 2014.

"We are delighted to acquire the 10.6MW PV power plant located in Trehawke, Cornwall from Trina Solar, which has a successful track-record of delivering value to its clients," said Ricardo Piñeiro, Director and Head of UK Solar at Foresight.

"The transaction is consistent with Foresight's strategy to invest in high quality operational assets built by world-leading tier one solar power system developers, such as Trina Solar and which offer stable returns for our investors. This transaction with Trina Solar showcases the strength of working with a partner with international credentials, and we look forward to further cooperation with Trina Solar in the near future."

"This is an exciting step forward for Trina Solar's overseas downstream expansion and underscores our continued momentum in the UK," said Jifan Gao, CEO of Trina Solar.

"Successful completion of this sale will allow us to redeploy resources on other projects and to further expand our pipeline in the UK. We currently have an additional 49.9MW project under construction in the UK expected to be completed in Q1 2015, which has attracted the interest of several potential buyers.”

The revenue from the sale of the Trehawke power plant is expected to be recognized in Q3 2014.

Sunpreme Inc., a US-based solar photovoltaic company that designs and manufactures its own cells and panels, has deployed 6.35 MW of solar panels to projects in Cape Cod and Martha's Vineyard, in the state of Massachusetts.

The solar projects were developed and built by American Capital Energy (ACE) and what makes the projects unique is that the majority of the installations are on capped landfills.

The energy output of these projects is fed into the local grid with the net metering benefit going to the Cape and Vineyard Electric Cooperative (CVEC) and its member communities, it was reported.

"We are gratified by the successful outcome of these trend-setting distributed power generation projects,” said Dr. Ashok K. Sinha, Chairman and CEO of Sunpreme.

Surinder S. Bedi, Executive Vice President for Market Development, Systems Design and Global Quality at Sunpreme, said that the company expects the 6.35 megawatt system to demonstrate high energy output with no light induced degradation, lower LCOE and robust reliability over the next 25 years.

PSEG Power Connecticut has donated and will install approximately 1,600 solar panels at two of Bridgeport's libraries.

He said that the company wants to raise awareness of green energy, so installing solar panels at the libraries “made sense” as the power company expands its efforts to educate students about solar power.

The company has hired RGS Energy as the engineering, procurement and construction management vendor for the work. RGS is one of the oldest and largest solar energy companies in the United States and, with its recent acquisition of Mercury Solar Systems, has even more of a local Connecticut presence, according to a news report.

As part of the agreement with RGS Energy, an educational display will be built in each of the libraries, which will be tied into the system, showing real-time data. These kiosks will be housed in highly accessible areas at both branches to facilitate education.

It is estimated that the solar panels will reduce the libraries' total energy consumption by 125,000 kWh a year, saving the libraries approximately $20,000 per year. Work is expected to start by the end of October, with an estimated completion by year-end 2014.

Under the terms of the agreement, LDK Solar Nanchang will provide modules totalling 60.5 megawatts to SNPTC with shipments commenced recently in connection with a solar project in Xinjiang, China.

Canadian Solar Inc. has supplied Conti / SunDurance with 10 MW of solar modules during the third quarter of 2014.

For this 10 MW order, Canadian Solar delivered to the Conti Group 33,792 pieces of CS6X solar modules in 6 x 12 cell matrix with UL 1000V certificate, it was reported.

To date, the Conti Group has installed over 70 MW of solar projects throughout the United States.

Matthew Skidmore, Vice President at Conti, said of the contract: "We continue to find success in the industry partnering with sophisticated solar developers, solar asset owners, and electrical utilities to design and build large-scale projects, and are very excited to again work with Canadian Solar on this opportunity."