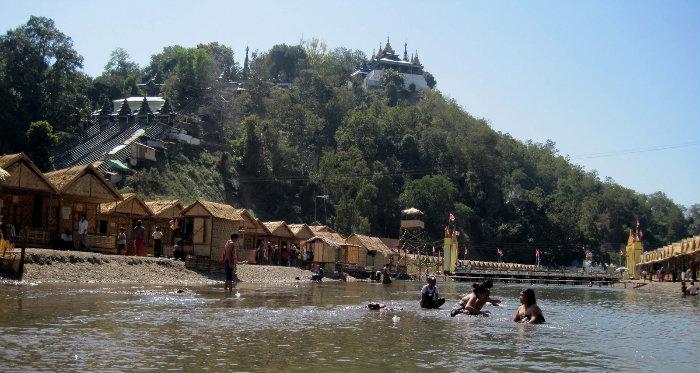 Thailand’s Green Earth Power Company has signed an agreement with the government to move forward on its plans to spend US$350mbuilding a 220-megawatt solar-power generating station near Minbu in Magwe Region, it was reported by Myanmar Times.

According to Green Earth managing director, U Aung Thiha, the facility will sit on 850 acres that are not suitable for agriculture with a completion date planned for 2017. “The first stage will see 50 megawatts of electric power produced by March 2016, with the total development time lasting three years,” he said, according to the news report.

The solar executive expressed that solar projects are proving successful in Asia, notably in Japan and Thailand, leading to the projection that given Myanmar’s favourable irradiation levels and marketing opening to foreign investors, there is no reason the company cannot also succeed in the country.

“We believe this project will succeed because of our international experience and global standard – though there will be a little bit of difficulty because it’s the first time [building in Myanmar],” he said. “It’s difficult transporting things that weigh over 30 tonnes, for example.”

The agreement covers 30 years of energy production, however, the tariff is still being negotiated and has not been announced, said the news report.

With rich solar resources, high annual solar radiation and an energy shortfall of six gigawatts, Pakistan has become a boom market for solar companies from around the world. Clenergy has set its place in the emerging solar market and has recently partnered with China EPC and O&M provider TBEA SunOasis.

The Chinese PV manufacturer and system integrator on the flagship PV project has invited tenders for this project, which was followed by a thorough evaluation process to ensure successful completion for the first large-scale ground PV project in Pakistan.

Clenergy said that the prefabrication enabled a faster and easier installation, which resulted in significant cost savings. The products ideally suit harsh desert like environments through their robust, durable and corrosion-resistance designs, said the company.

The Anthony Wayne Solar Array, which was developed, designed and constructed by GEM Energy, of the Rudolph/Libbe Companies, has received accolades from the BIPV community in the US.

The project garnered 30 per cent of the public votes among six finalists in the ground-mount category at the latest Solar Builder awards.

The Anthony Wayne Solar Array installed at the Toledo, Ohio zoo is owned by a group of local investors led by Rudolph/Libbe Companies. The zoo purchases about 30 percent of its electricity from the array through an exclusive power purchase agreement.

“We’re honoured to receive this recognition, and we thank everyone in our community who voted for the Anthony Wayne Solar Array,” said Jason Slattery, Director of Solar for GEM Energy.

He continued: “It’s a great feeling to give this brownfield site a new life and to provide power to the Zoo without any capital investment needed on the Zoo’s part. This project is a perfect example of how customers can reduce their operating costs through the use of solar.”

The array is located on a 22-acre Toledo brownfield site that was once in receivership. The 28,170-panel solar array is one of the largest in the U.S. to supply power to a zoo.

Thin film module maker and O&M specialist has come in with the lowest bid for the 500MW solar tender in the state of Andhra Pradesh, India.

According to an official listing of the bids, the tender auction was oversubscribed with a total of 63 bids http://www.aptransco.gov.in/transco/docs/whatsnew1/Fin_Bid.pdf

The state will sign 25-year power-purchase contracts for 500 megawatts of capacity with bidders submitting the lowest tariffs. EDF-backed Acme, followed First Solar in the bid rankings. The company has reportedly proposed to invest $210m to install 160 megawatts in the state, the company said in an e-mailed statement.

Projects are expected to be completed within 12 months of signing. PPAs offered are scheduled to be signed on 29 October.

Hanwha SolarOne, a PV manufacturer of solar modules, has launched a new HSL S Series PV module.  First deliveries have just been completed, according to the company. The new HSL S modules feature significant improvements in yield, performance and quality, and are available in both 60 and 72 cell models.

Scientists from the Electron Science Research Institute of the Edith Cowan University in Australia have developed a solar concentration technology for making energy-harvesting glass windows, according to a report by Compound Semiconductor.

The report explained that by incorporating luminophore materials (based on molecules that emit light when illuminated) into lamination interlayers and using spectrally-selective thin-film coatings in conjunction with CuInSe2 solar cells, the group found that most of the visible solar radiation can be transmitted through the glass window with minimum attenuation.

Any ultraviolet (UV) radiation is down-converted and routed with a significant part of infrared radiation to the edges for collection by the CuInSe2solar cells, said the report.

The results were first published in Nature Scientific Reports.

The demonstration was made with a 10 cm x 10 cm vertical energy-harvesting clear glass panel of transparency exceeding 60 per cent, invisible solar energy attenuation greater than 90 per cent and electrical power output near 30W/m2 mainly generated by IR and UV radiations.

Should the results be commercialised the team believes that the technology could be a way to administer BIPV on large glass energy-harvesting windows.