PV Insider looks into which plants are likely to upgrade or repower in 2015. What are some of the component upgrades or services that will have the biggest positive impact on performance and why? 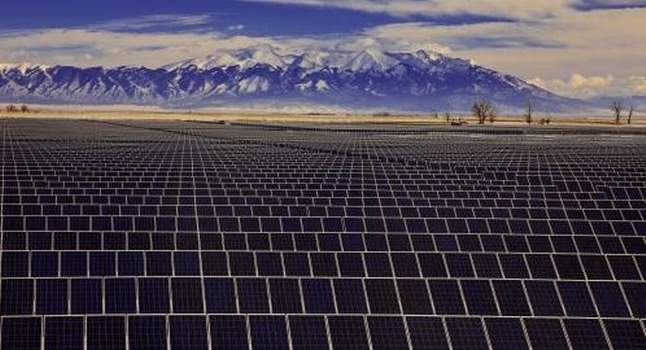 The recent drastic PV price drops that have benefitted consumers in the short...

Everyone is aware that PV panel output can be expected to be reduced by an estimated  half percent each year, and power contracts and tariffs take account of this gradual and predictable decline in generation over time. But what about when output falls short of expectations?

Plants not performing to expectations?

With most solar development not yet aged out of its first 20 or 25 year Power Purchase Agreement or Feed-in Tariff contract period, there is not yet reason for repowering based on the natural ageing process.

But in the case of underperformance, this can be detected much earlier in a solar project lifetime. These are the projects that are likely to be candidates for repowering and that will be the likeliest to upgrade in 2015 and over the next few years; plants that are not performing to expectations.

As Gerwin Dreesmann, Managing Director of ProjectQuality4t2 has pointed out, some projects are not performing to expectations because mistakes in planning, or in installation, has resulted in lower than optimal performance. These lower yields can also be the result of poor O&M management, or even component failure.

In these cases, the Germany-based company is able to implement various repowering strategies to improve performance to meet investor or financing bank expectations or contracts for power in European installations for the utility-scale solar market.

A caution - when not to repower

In an ideal world, repowering to increase output should be a good thing. In such a case, replacing the panels will have the most effect.

“But if you are going to replace panels, you can get a lot more bang for your buck by using far more efficient modules now becoming available,” suggests CEO Gilad Almogy of Cogenra, which recently announced a breakthrough in module efficiencies for the residential and commercial markets.

“If I have 1 MW of solar panels and replace them with more efficient modules, now I am no longer making 1 MW, I am, perhaps, making one and a half megawatts of solar. In some cases, if a solar farm is old and needs replacements and you put in higher power modules and inverters, there may be issues with connection to the grid and transformers, but quite often the improved use of land overcomes these hurdles.”

Cogenra is better known for cogeneration of solar PV and thermal heat or hot water by siphoning off waste heat and using it in addition to electricity from their high efficiency CPV. But recently, based on learnings made in their traditional cogeneration solar product, they offered new high efficiency modules as a stand-alone panel.

“It’s the same weight, size and shape as a standard panel and can be mounted into any existing racking system or tracker,” Almogy explains. “But it produces a lot more power. For residential scale, this enables more power from limited roofs and hence more profitability for the homeowner and the installer. On the other hand, if you look at utility scale it's really cost, cost, cost and therefore very likely a next generation solution will be based on a low-cost panel.”

Simply replacing less efficient modules is the most direct and straightforward method of repowering. But in an instance where more efficient modules are substituted, as in this case, then it is imperative that fewer panels be used to avoid over-powering.

Dissigno CEO Dave Williams, who is part of a group of international volunteers developing improved panel performance parameters believes that it could well be the residential market that feels the worst impacts of quality deterioration over time leading to a need for early repowering.

One example he cites is the “wild west” burgeoning residential market in Australia that has seen one in 20 households install solar panels. Whether installed by a local solar company or as a DIY project, Williams feels that the residential market could be potentially harder hit by underperformance, through lack of sophistication and expertise in module selection for smaller residential systems.

“Does that mean that they are getting the same level of scrutiny as the 29MW project that has a 100 page procurement agreement? I don't know, maybe. But without the oversight it does make you wonder,” he muses.

“Australia has been a market that - maybe I'll be proved to be wrong- that has been very fragmented in terms of the module procurement. The deployment is extreme, both in distance and size - lots and lots of little projects on rooftops with some names I've never heard of - although that doesn't mean they necessarily are of poor manufacture. They could have been made by the same contract manufacturers that everyone has a lot of respect for, and those customers are buying purely commoditised pricing.”

Troubles down the line

The recent drastic PV price drops that have benefitted consumers in the short run, may not be so beneficial, in the long run. Panels manufactured and shipped during the most ferocious of the cost cutting price wars, may not have the longevity that they might have had if the solar sector had grown at a steadier pace, with real price drops due to efficiency rather than the unfortunate result of the sudden race to the bottom.

“There's no doubt that people have had to make tough decisions. Sometimes at the expense of quality,” says Williams.

The consistency required for solar manufacturing is already demanding, and there are a lot of challenges involved, but it is even more so for companies that have just gone through financially difficult times, as the entire solar sector has.

For this reason too, repowering may be needed sooner than might normally be expected in less ‘interesting times’ to improve the effects of this rapid price drop.