No nation has installed such a gigantic amount of utility-scale solar at such an extraordinary pace in such a short time as China. But this rapid pace has created performance issues for a host of reasons. O&M experts could swiftly rectify the situation. 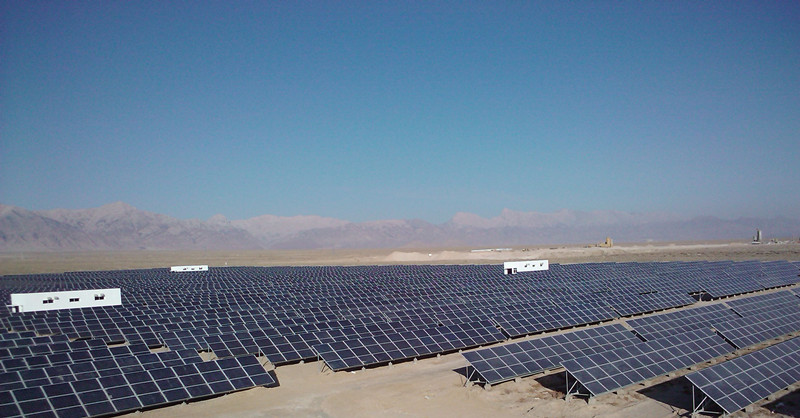 China’s domestic PV installation figures are record breaking, soaking up a measurable percentage of the global panel surplus in just a few years. Butsenior researcher at the Energy Research Institute of China's National Development and Reform Commission revealed that some problems with performance in current installations in China could have possible effects on the ability to finance future projects if not resolved. International O&M experts are standing by.

The growth in China’s installed PV capacity in just a few years has been truly astounding. By the end of 2013, China had installed 19.4GW of PV, according to China Photovoltaic Industry Alliance (CPIA) figures in its 2012-2013 China Photovoltaic Industry Annual report. But nearly two thirds of that,12.9GW was installed just within the last year. What’s more, conservatively, the National Energy administration estimates that yet another 14GW will be installed in 2014.

The extraordinary pace of solar development in China is driven by a real need to clean up the environment, that has not been felt as keenly in the rest of the world since the days of the “dark Satanic mills” of Victorian England, or when the Cuyahoga River caught fire in America.

“In terms of this issue, China is different from the US,” says Li Wenxin, who is lead engineer in R&D for the PV Business Division of the China General Certification Center (CGC).

“It is widely accepted that China’s environmental problem is prominent and needs to be solved. According to chapter ten of National 12th “five years plan”, China is striving to develop energy conservation and environment protection, renewable energy, new materials and other strategic emerging industries."

"Developing renewable energy has been chosen as an important way for solving environmental problems,” she says. "The government can protect the environment in a variety of ways. In China, the government has listed the PV industry as the national priority industry for development and so it is paying attention to its healthy development.”

But no nation in the world has ever installed such a gigantic amount of utility-scale solar at such an extraordinary pace in such a short time.

Speaking at an industry conference in August, Wang Sicheng, a senior researcher at the Energy Research Institute of China's National Development and Reform Commission revealed that some problems with performance in current installations in China could have possible effects on the ability to finance future projects if not resolved.

But the speed of such rapid growth itself can uncover installation problems, according to Dissigno CEO Dave Williams.

His experience includes serving on the merit review committees for the DOE Sunshot programme, and on the technical review committee for the national labs which are working on improving certification models, to ensure that the exposure the panels get is really analogous to stresses they will see in real life.

“One of the things China is good at is accomplishing things. And so if they set out to install a lot of solar they always hit those targets, and if not hit them, then really smash them,” says Williams.

“So when you're at that level of scale I think what we're seeing is a little bit of a window into the fact that at scale, when you are absorbing so many panels, it's likely that you are going to run into some that are not performing optimally.”

“I keep hearing that they have a problem, but I haven't seen the data and there's some chance that the problem has as much to do with smog as with the hardware, but I don't really know,” she says. “Their utility scale developers may have as big a problem with the system design as the module design.”

Li points out that compared with more established industries, PV project development in China is still a rising sector, and as with any new industry, it is quite common that there will be problems to be ironed out during the early stages of development.

Most of the world’s major solar module manufacturers are in China, and the dispersal of photovoltaic engineering talent is international. Australia, for example, is thought to offer the only photovoltaic degree programme in the world.

“It's something not many people are aware of, the impact that our educational programmes here have been able to have on people around the world,” says University of New South Wales Professor Stuart Wenham, Director of the ARC Photovoltaics Centre of Excellence, which enrols 500 students at a time.

“Dr. Chi, who founded Suntech was one of our former PhD students,” he says. “A lot of these other Chinese firms such as JA Solar, were founded by people from our group here, or like Trina Solar, have former students of ours in senior management positions. About 40 of our former students are in management positions in many of the largest photovoltaic companies in the world; senior engineers, chief technical officers or vice presidents of technology.”

Part of the problem is that there are no ratings for long-term reliability.

There are internationally accepted tests, such as IEC 61215 and IEC 61730 which can assure basic reliability and durability,” says Li. “But a 25 year warranty is not covered in an IEC standard.”

To deal with these issues, the International PV Module Quality Assurance Task Force (PVQAT) isdeveloping standards to supply some certainty about consistent quality and to help buyers quickly assess module ability to perform under regional environmental stresses. And China is also creating its own set of standards.

The goal is to provide a guideline so that once module design is proven to meet the quality and reliability requirements, the design can be replicated on an industrial scale without compromising consistency.

“CGC is working on the improvement of existing standards step by step, and formulating relevant regulation according to the problems of PV module application,” she says. “For example, regulations of PV module 25 years power warranty capability evaluation, regulation of PV module electricity generation performance and environmental adaption. CGC is also doing research under its National 863 programme, while international cooperation between China and the United States, like with PVQAT, is ongoing.”

The problem is project development issues - that are only solved after experience with performance variability in the field.

“Most of these nuanced things that China is talking about are very difficult to find,” says Williams, who is working on improved panel performance parameters at PVQAT.

“Say you are in a particularly volatile place where thunderstorms come through regularly, so your temperatures can change drastically and so since solar panels are inversely affected by temperature; the hotter it gets the worse they perform, but how do you normalise that out?”

Li says that research is now underway in China on developing an understanding of regional climate differences, in order to get a better handle on aligning the estimated production with actual production.

“Based on test results from installed PV modules at PV power plants, CGC is doing research on the following two points,” she says. “One is statistical analysis of types of PV defects under different climate conditions, such as the Northwest of China and the Southeast coast line. The other is research on the different failure modes and influences on electricity generation performance.”

Williams says that even if some panels perform lower than developers expected, they are still within their warranty obligations.

Wang says the Chinese government plans to issue guidelines in September aimed at helping module buyers in exactly this sort of panel quality assessment, and also to improve project design that takes account of environmental conditions and operations.

“In terms of quality issues, PV industry insiders are finding technical and management solutions, but it is likely that those issues will be properly solved step by step.” adds Li.