Reducing risk is critical in getting investors on board to help fund a project. But what happens once your plant is up and running? 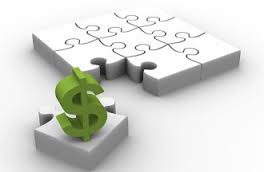 The best insurance, however, is probably to bring on board an experienced EPC...

Risk: it is probably the four-letter word most likely to get on an investor’s nerves. That goes for the solar industry as much as any other, but it turns out that keeping risks at a manageable level need not be a massive challenge for developers and project owners.

In the construction phase, investors can take out contract guarantee insurance to make sure they are covered in the event of an engineering, procurement and construction (EPC) provider going bust before completing the project.

The best insurance, however, is probably to bring on board an experienced EPC contractor in the first place. This should not prove a problem in places, such as Europe.

There, the slowing growth of mature markets, such as Germany, means there is now a relative glut of providers with ample experience available to take on projects in nearby territories, such as the UK.

Using tried-and-tested construction and project management techniques, these EPC players can offer a high level of assurance in completing projects on time and on budget. After that, PV plant operations should, in theory, be relatively risk-free.

Your main prime material, sunlight, is unlikely to run out. Neither is demand for your product, provided you have a long-term contract with a stable off-taker.

As long as your regulatory conditions do not change, which admittedly is a genuine concern in markets such as Spain, Greece and the Czech Republic, then your main worry will be to keep your plant operating as planned.

Provided you have not scrimped on components, this should not be a problem.

“Following construction and commissioning, there remains a material risk of damage to physical assets as a result of accident, negligence, wear and tear, design flaws or natural catastrophe during operation,” says a 2013 report by Swiss Re and Bloomberg New Energy Finance.

However, continues ‘Profiling the risks in solar and wind’: “It is fairly common for project owners or developers to buy insurance cover for these risks, so that their project’s internal rate on return is not adversely affected by having to replace components that have failed or been damaged.”

From an insurance perspective, PV has a good track record, which means premiums are fairly competitive. The main risks that operators seek cover for are electrical or mechanical breakdown, theft of cabling, panels or inverters or malicious damage to substations.

Paul Davies, a director at the specialist UK renewable energy insurer Nviro Insurance, says that operators rarely need to make claims against these policies. Component failures are usually covered by warranties of up to 20 years for modules and five to 10 years for inverters.

In August of this year, British Gas launched an investigation into solar panels at dozens of UK schools and businesses after a series of mystery fires.

Some 92 schools that signed up for free panels were told that their equipment would need improvements before it is considered safe to use. While British Gas stressed at the time that 160 other schools fitted with earlier versions of the panels were unaffected and household ones are safe, the total compensation was starting to really add up. In an estimate provided by one UK newspaper, costs could run 'well into six figures' once compensation – for the extra cost of mains electricity was considered.

In a Daily Mail report, Professor Stuart Irvine, director of Glyndwr University's Centre for Solar Energy Research, said panel fires were unusual. He added: “The cause here may lie in wiring or junction boxes, where power is converted for the grid, rather than the panels themselves.

“There's an argument that the Department of Energy and Climate Change (DECC) needs to look at this. We must make sure there's adequate testing of components and sufficient protection for buyers.”

And as far as insurers are concerned solar panel theft does not appear to be a major problem for the industry because new panels are so cheap to buy and stolen goods are practically worthless without a manufacturer’s warranty.

Plus the panels are not particularly easy to steal. Since they are only supposed to be taken out if faulty, the panels are fixed with security screws that are difficult to remove without breaking the panel anyway.

Since these measures are pretty much standard across the industry, Davies says worries over things like asset security or component failure will be of almost negligible concern to investors and stakeholders.

Furthermore, says Yaniv Kalish, director of Commercial and Industrial Solar for Urban Green Energy (UGE): “Most of the asset management aspect in the commercial solar space is being done through monitoring systems and contractors who can provide maintenance work.

“Many financiers work with specific monitoring software that will be required as part of the bill of materials, and the profile of the contractor is not a main factor for financiers.”

Kalish continues: “One of the first things investors will look at is track record. At UGE, we work with a small number of investors with whom we have established a working relationship. Our risk profile is lessened further by us being a public company.

“At times, financiers will get involved in the equipment we select to make sure we are using only panels, inverters and racking they are familiar with and have vetted already, though that has become less common as the industry has matured.”

For investors looking to back existing projects, Rob Denman, director at TGC Renewables in the UK, advises: “Use a technical adviser to make sure the components are bankable. Look for tier 1-branded panels, for example.”

According to Denman a plant operating for two years carries less risk than one set up very recently.

Finally, he points out, the reliability of an existing plant can naturally be inferred from any historical experience. “If you are buying an operational asset then the operating life counts,” says Denman.

Overall, investors have to keep in mind that PPAs are 20+plus year investments and in that period there could be risks that are not controllable. Examples include a significant collapse in the price of energy; extended periods of lower than expected energy production; and extended operational failure not covered by normal maintenance warranties and contracts. This is why track records will always hold a lot of weight in the solar industry.