Cornelius Matthes at Building Energy on the big MENA opportunity 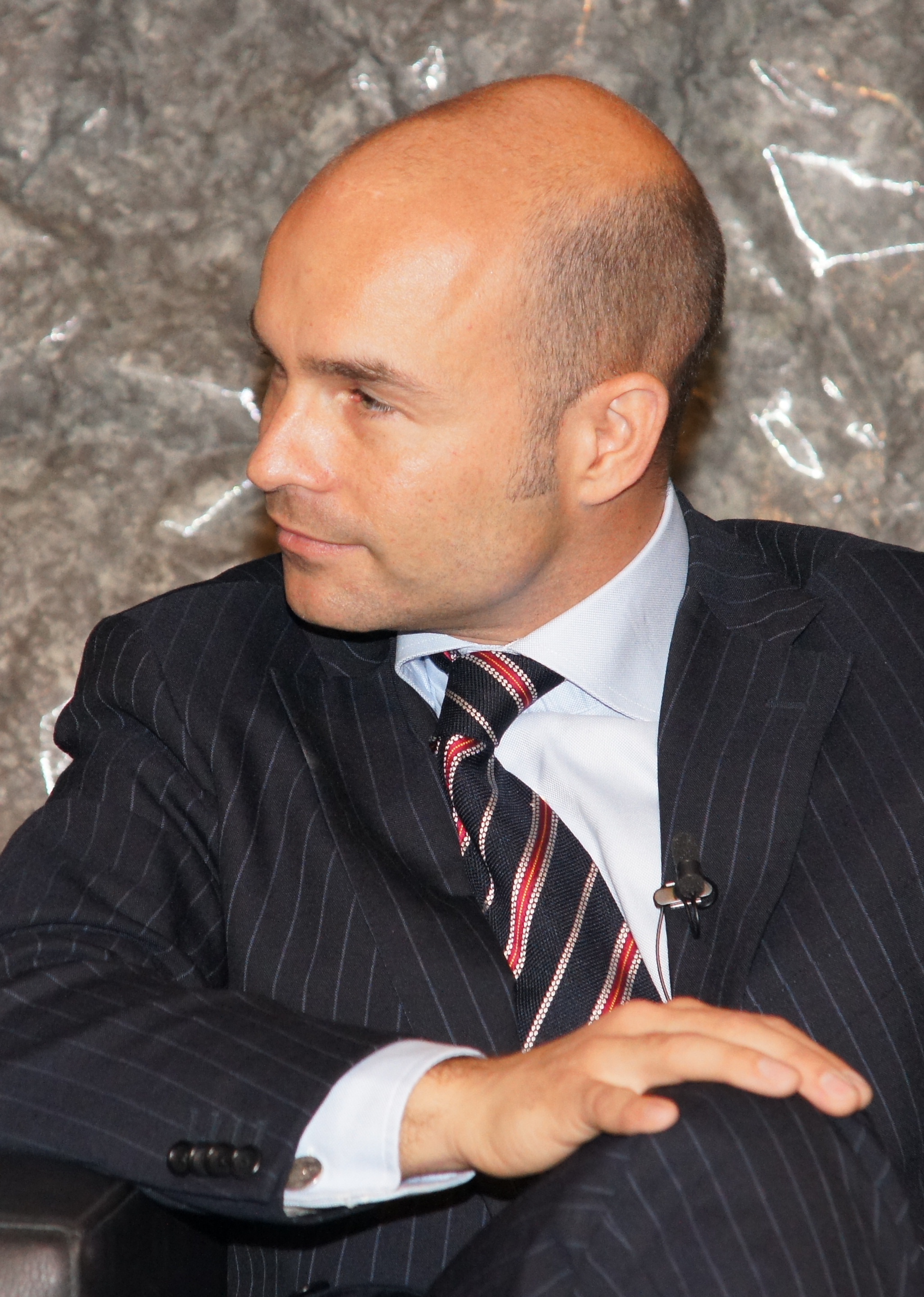 Matthes: Egypt is clearly our focus market; I think it will be a gigawatt...

With a pipeline of 1.2GW worldwide, the independent renewable power producer has developed and constructed Africa’s largest PV park and has been qualified for new PV projects in the MENA region.

We catch up with Cornelius Matthes, Managing Director MENA at Building Energy, to learn more about the firm's latest activity.

Q: Building Energy has a sizable portfolio of operational PV projects worldwide. What attracted you to the MENA region?

Building Energy earmarked the MENA region some time ago as a focus area for significant future investments. Having worked with the Desertec Industrial Initiative (Dii) from 2009 to 2013 on national action plans with governments, grid operators and utilities to advise on how to best design programmemes for utility-scale solar and wind power, what we had projected is exactly happening now: A massive wave of concrete projects, which is the second wave after renewable action plans.

Huge projects are starting to be deployed: Jordan will start on the construction of more than 200 MW early this year and DEWA’s second phase of the Al Maktoum solar park that was doubled to 260 MWp was recently  awarded – with the lowest tariff ever seen below 6 cents per kWh. Algeria, after years of delays, has also announced more than 300 MW PV in 2014, and this year, the PV plants are expected to be operational.

Q: Why did you choose Dubai for the regional office?

Dubai is the business hub of the region; most international players and banks have a presence here. Building Energy was actually an early mover because when we opened last year, there were relatively few renewable energy companies, but many more are coming now and following the market developments, including manufacturers and utilities.

Q: Can you tell us about the PV projects that you’ve been qualified for in the region?

In Jordan, we were unconditionally prequalified for Round 2, which means that we immediately fulfilled 100% of the criteria that the Ministry of Energy and Mineral Resources (MEMR) put forward.  We then signed an MoU with MEMR in March last year. Round 2 is different to Round 1 in that it’s reverse, competitive bidding, meaning the lowest tariffs will win. There will be four or five projects of 50 MW each eventually assigned. We plan to submit our bid on 10th of February 2015, after which we will be in Amman. Then we expect the preferred bidders to be announced in 2 to 3 months, likely by April or May.

In Egypt, we received an official letter this week stating that Building Energy is qualified for a 50 MW project. This is part of the first wave of the FiT scheme, in which the government aims to deploy 2 GW of solar and wind energy. We are also leading a consortium bidding on the Kom Ombo project, which comprises 10 x 20 MW. We were shortlisted in January 2014 as one of the 15 shortlisted parties and it is progressing. The Kom Ombo project is outside the FiT scheme, because the FiT applies to projects up to 50 MW. Given that this is a large project, it is based on competitive bidding.

In Libya, we were shortlisted for a 14 MW PV project early last year but unfortunately, the situation in the country has been deteriorating since then.

Q: Did you bid for these projects with partners?

In Jordan, we are bidding on our own as Building Energy. And in Egypt, for Kom Ombo, we are honoured to have Elsewedy Electric, a very prominent Egyptian multinational group as part of our consortium. For the FIT, we submitted the bid as Building Energy, in partnership with Solar Shams, a recently established local solar and wind developer. Generally, our strategy is to establish partnerships with strong local players.

Q: Do you generally prefer a certain type of solar technology in your projects?

We’re very flexible and buy the best technology at the best price from the market. Because we’ve delivered hundreds of megawatts to the market, we have very good technology expertise, a procurement department, and relationships with panel and inverter manufacturers.

Q: You personally have considerable experience in the banking industry, having worked with one of the leading international banks for a number of years. How would you describe the appetite for funding solar projects in Jordan and Egypt?

Jordan and Egypt are relatively comparable. In these two countries, development banks, mainly the IFC and EBRD, are leading the way and playing a very important role in facilitating the market.

International commercial banks still lack the appetite and are just starting to look at potentially engaging. They want to see a few successfully operating projects first and the macro situation improve. As for local banks, they’re starting to get quite interested. Solar energy is relatively new in the region and the long tenors needed for project financing are quite challenging for local banks. But it’s very positive that they’re generally interested and want to get involved. Also, a preferred facility of up to JOD 10 million (US$14m) by the Central Bank of Jordan can help local banks with their first solar projects.

Q: What do you think can improve a consortium’s chances of getting funding?

A concrete track record in delivering tangible and successfully operating projects is very important. Building Energy has developed and constructed the largest PV park on the African continent, an 81MWp project in South Africa. This was hugely important for me in the MENA region when I talked with banks for our projects in Jordan and Egypt – to point to a concrete project that our company has delivered successfully to the market.

Q: What is your opinion of the Saudi market? Why has the installation process stalled?

During my work with the Dii, I was working on advising K.A.CARE and the government, and we were very excited about the developments there. It’s really a pity for the country as well as for many players in the market that the development has been delayed until now. As far as as I know, there are a few hundred megawatts of solar PV EPC tenders being prepared by Saudi Aramco and we will be participating in the market through our solar-diesel hybrid division.

Q: Lastly, which countries in the region are you eyeing for further activity?

Egypt is clearly our focus market; I think it will be a gigawatt market in 3 to 5 years for both solar PV and wind. The country has outstanding wind conditions and is home to Zafarana, Africa’s largest wind farm, so we will be also looking at wind energy as it’s part of our technology portfolio.

Secondly, Jordan; it’s been leading the way with regulation and was very visionary in implementing the framework and procurement programme as we saw in Round One and Two. It also has all the ingredients for a bankable business case, including very high electricity prices.

In the UAE, we’re very optimistic about Dubai and the Northern Emirates. Dubai just announced a legal framework for private solar projects and you are now allowed to connect to the grid with net metering under certain conditions for the first time. Although residential is not our business model, I’m very optimistic for industrial and commercial projects of megawatt scale, between one and 10 MW. Why Dubai and the Northern Emirates? Because the electricity prices there are higher than Abu Dhabi. This includes Ras Al Khaimah, Fujairah, Sharjah, and Ajman.

DEWA recently published the framework on net metering, which will enable private projects, whether rooftops or ground-mounted. For example, in Jebel Ali there are many warehouses suitable for rooftop systems and sometimes, there is enough space for ground mounted. So I think there will be substantial development for private projects in the next few years and we’re very keen on being part of this development.

Finally, we are looking at large PV and wind projects in Kazakhstan. The country recently announced a FIT and there are strong connections between the UAE and Kazakhstan, which will host the EXPO in 2017.