An ACWA Power-led consortium was awarded the largest photovoltaic IPP tender in the world at the lowest tariff ever heard of. What implications will the project have for the solar industry? 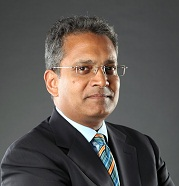 Acwa Power’s winning bid of US 5.98 cents/kWh for Dubai Electricity and Water Authority’s (DEWA) 200 MW PV project has been the subject of many discussions in recent weeks, with some saying it is the new global benchmark for solar PV, others claiming it exclusively reflected the regional market, and others suggesting it was project specific.

The actual tariff that Acwa will receive is even lower at US 5.84 cents/kWh, which reduces the cost of solar energy-produced electricity by more than 20 per cent.

“Any tariff can only be project specific as there are so many variables that contribute to the tariff,” Acwa Power president and CEO Paddy Padmanathan told PV Insider.

“Just technical matters alone that can and will vary from project to project are numerous to mention. Then issues like the risk arrangements; off-taker reputation and credit capacity; and matters such as developer, contractor and operator capability will all have an effect on tariff.”

“It is therefore unrealistic to seek a global benchmark”, he remarks. “There never was one. There were many incomparable numbers tossed around with people claiming that it was a benchmark.”

Pinpointing a global reference for PV power generation costs is indeed a tricky affair. A new report by the International Renewable Energy Agency titled “Renewable Power Generation Costs in 2014” highlights that the most competitive utility-scale solar PV projects in the world are delivering electricity for US 8 cents/kWh without financial support.

Yet, the report acknowledges that lower prices are possible with low financing costs, citing the Middle East, where prices are dropping rapidly and have fallen to US cents 6/kWh in Dubai, UAE.

“What I can tell you is that if another project of such a utility scale for DEWA at this site was to be tendered today; it will receive this tariff level at least from us, but now that this benchmark has been set, I dare say a few others will also get there to this level,” remarks Padmanathan.

Having said that, he stresses that it is reasonable to seek a global tariff range, such as the example of PV targeting a rate of US 8 cents to 14 cents/kWh to the more recent target of US 6 cents to 12 cents /kWh.

Even within the region, it is unrealistic to expect a single benchmark. “Credit worthiness and reputation of the different off takers are different, construction capacity and cost is different between countries; supply chain capability and capacity is different at the different countries and the terms of the PPA are likely to be different.”

Therefore, a tariff needs to be established on a case-by-case basis, even though the tariff level today across the world is a few cents per kWh less than it was last year.

“So long as the base interest rate stays the same, as technology delivers higher efficiency panels and we get better and better at construction, we can expect the tariff to come down and not go up,” says an optimistic Padmanathan.

As the largest PV project in the MENA region and one of the largest in the world, it is interesting to know that the developer has opted for thin film PV; specifically First Solar’s advanced S4 modules, of which more than 8GW have been installed worldwide.

While Spain’s TSK has been contracted for the Engineering, Procurement, and Construction (EPC) of the plant, First Solar has been subcontracted to supply the panels for the project, expected to come online in April 2017.

When it comes to funding, Acwa Power managed to convince lenders to increase the debt component to a higher-than-usual 86 per cent.

“Conventional is 80/20. Here we were able to secure 86/14,” says Padmanathan. A combination of factors contributed to this achievement; the first going back to the UAE’s position – it has a well-regarded investment regulation and its Green Economy vision is considered to be well structured.

Moreover, DEWA enjoys a high level of confidence from the banking market as a well-run and credit worthy off taker. Likewise, ACWA Power has an unblemished track record of getting plants built within budget and reasonably within time, and of operating revenue-generating assets to service the loans and repay debt.

Additionally, TSK has a considerable background as an EPC Contractor, having built more than 75 PV plants worldwide with a power capacity exceeding 300 MW. These include installations with thin-film, polycrystalline modules, on rooftops and ground-mounted, with both fixed structures and trackers.

First Solar’s PV panels similarly benefit from an outstanding reputation, supported by research and development efforts and multiple records for research cell efficiency. “It is all these factors coming together that enabled us to secure this equity debt ratio and equally importantly secure 27 year debt tenor,” says Padmanathan.

In the first two weeks of January alone, Acwa Power managed to secure as much as 650 MW of solar projects: 350 MW of CSP in Morocco, 100 MW of CSP in South Africa with SolarReserve, and 200 MW of PV in the UAE. The latter was a result of the unique auction model employed by DEWA, which allowed developers to propose project schemes with a capacity of up to 1 GW.

Acwa Power was also prequalified for a project larger than 20 MW in Egypt’s 2 GW PV tender. Part of a larger 4.3 GW round of renewable energy procurement, the tender had attracted 178 PV project applications, of which 69 were pre-qualified.

“Egypt has a well proven track record of honouring IPP contracts spanning over a decade and we are very pleased to have the opportunity to expand our activities in the region to include Egypt. Our interest in the country – like elsewhere we elect to operate – is to reliably deliver electricity and desalinated water at the lowest possible tariff,” explains Padmanathan.

The company’s strategy in Egypt will be no different to any project, he adds. “We elect to pursue; focus on each element of cost and procure a plant that is fit for purpose to reliably deliver the requirements of the PPA and seek to achieve the lowest possible tariff at the time of submitting the tender.”

In the meantime, the power and water company will continue to seek opportunities in PV, and in 2015 will be looking to tender PV projects in Egypt, Morocco, Jordan and South Africa, as well as Saudi Arabia, where it is based.

“We look forward to moving on projects in Saudi Arabia as we remain confident that renewable energy projects, including those using PV technology, will make progress in 2015,” he says.