Live Debate: Merchant Risk in Renewables and the Rise of Corporate PPAs & VPPAs with RES Americas and BlackRock

Merchant Risk in Renewables and the Rise of Corporate PPAs & VPPAs

Proactive O&M technology can enhance the confidence of investors and insurance companies, and pave way for sustainable ROI by saving unnecessary costs of maintenance, by assuring increased plant availability, and performance ratio. 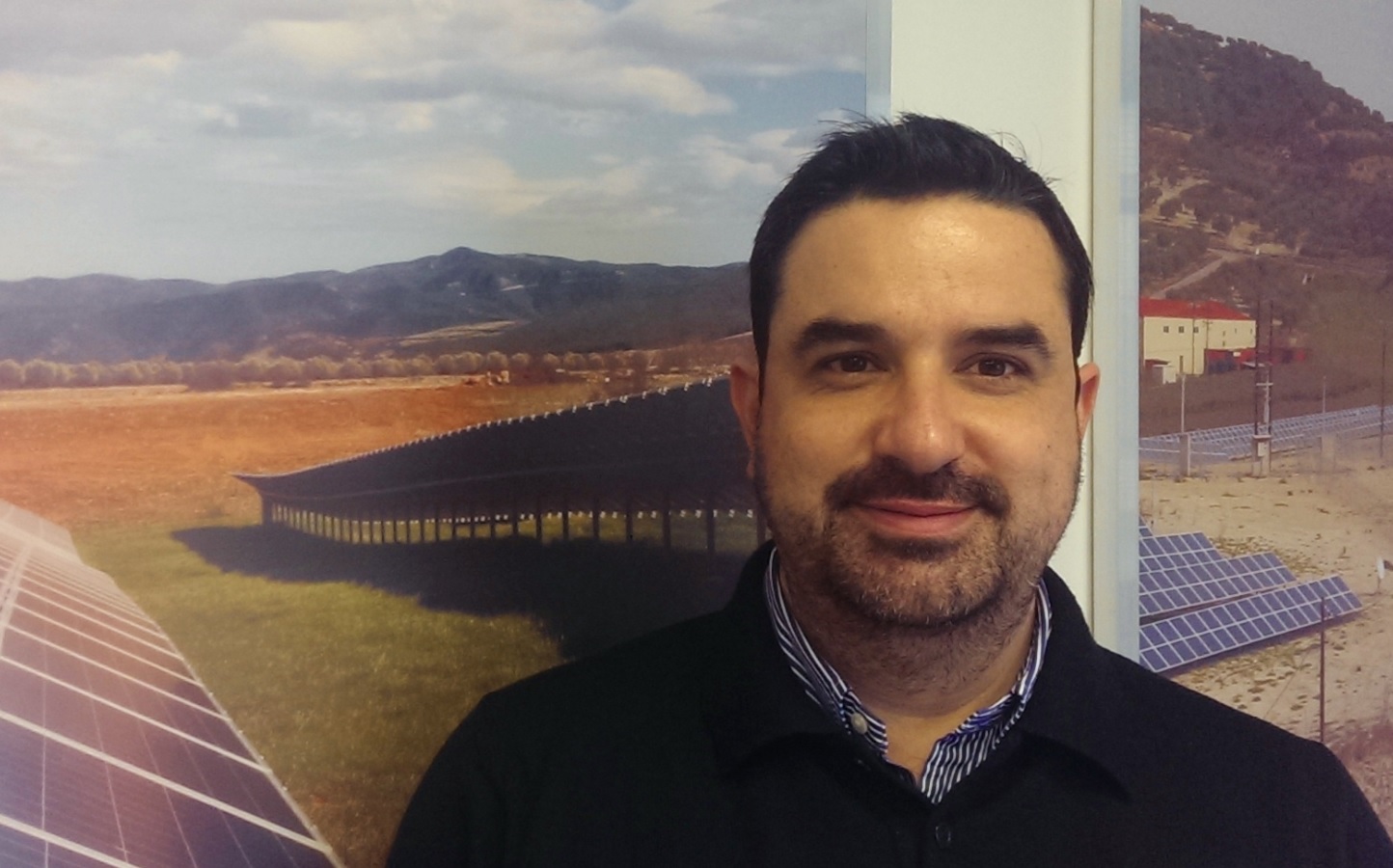 Adequate preparation, monitoring and quality assurance initiatives are needed during all phases of a PV plant to bring down the risk of damages and outages, and eventually maximise the overall functioningof the project.

This aspect becomes crucial in any growing market, and Europe is no different.

Dr James Watson, chief executive officer, European Photovoltaic Industry Association (EPIA), emphasises that compared to other regions (e.g. the U.S. or China), the European PV market remains quite varied with a very diverse segmentation from one country to another. Furthermore, it should be noted that Europe’s utility segment differs from other regions, as systems of a few MW (1MW to 5MW) are connected to the Medium Voltage (MV) under this segment – while in the U.S., for instance, there are systems of 10, 20, 50 and above MW, connected directly to the High Voltage (HV).

“The utility segment is close to 30% in the EU with countries like Germany, Spain, Romania, France, and the UK leading the way. This trend is likely to continue especially considering the discussions around the tendering schemes in the EU where fewer and bigger scale projects might benefit (in a stabilised annual market of around 8-10 GW in EU),” says Waston.

“A bumper year in the UK, which now boasts of a cumulative capacity in excess of 2GW in solar farms, and steady growth in France are the drivers of the European turnaround. Europe’s best market in the short term will remain the UK, and is likely to leapfrog India to the world’s number four market by the end of March.

“This position may prove temporary, because large-scale solar becomes ineligible for the UK’s Renewables Obligation from April 1 (There is a current decline in large-scale solar farm construction in the UK with the ending of the RO subsidy from April 2015). Also, there will be a boom for plants below 5MWp that could lead to impressive figures in a short timeframe,” he says.

“Perhaps France, which has recently started Europe’s largest plant near Bordeaux will then take up the running. France has been relatively slow on the solar uptake, and although its +5 GW of cumulative PV capacity places it above most European countries, that figure represents just 1% of the country’s energy generation capacity.” He further adds Germany, in contrast, has 37 GW of solar PV capacity providing more than 4% of its energy needs.

“The UK utility scale PV market is young, but maturing fast. Early investors have had mixed experiences and have learned that it is worth investing in a quality service operation. The market and competition have increased and the industry has responded with an increasingly sophisticated, results-driven approach that focuses on aligning O&M performance with the goals of the investor,” says Iain Davidson, service delivery director, Solarcentury.

Davidson says in the U. K. an increase in the number and sophistication of large portfolio investors has driven the recent surge in utility scale PV. “In turn this has driven a more open approach to monitoring with an emphasis on transparency of performance data. Asset managers require a single monitoring platform with data they can trust,” he says. Also, the growth in both volume and size of PV plants has driven down costs and allowed O&M operators to invest in tooling and training.

Indeed O&M is the next big thing in terms of focus, business opportunities and the field of interest in the PV sector, says Watson.

EPIA recognises this and has set up a task force of its leading members to bring forward guidelines on O&M performance for Europe in 2015.

Although there has been much progress achieved over the last 5-7 years in this area (in terms of technical progress, as well as developments in administration and management, contracting, financial preparation, training etc.) there is indeed a “learning curve”, there are still many things to be done and changed, according to Watson.

He adds, “In a framework of reduced support schemes, volatile regulatory frameworks and declining technology costs, owners have to demonstrate that they can valorize the full potential of their systems and maintain the system performance at high levels. Therefore, professional O&M is considered one of the most important areas to focus on especially because it can reduce significantly lifetime costs (scheduled or unscheduled).”

A recent survey that EPIA has conducted within a dedicated expert community showed that more than 60% of the asset owners (utility scale) today have a tendency to improve their current O&M practices and only a few of them use all the modern tools available. However, all experts believe that there is still room for improvement – especially considering past installed systems, says Watson.

Even perception around O&M is evolving.

When the first PV plants were launched, it was commonly believed that the investment would come with minimal maintenance and monitoring. But time has shown the opposite, says Tzierakis.

“Undoubtedly the role of O&M is the catalyst in enhancing the efficiency of a PV plant installation. It is proved that well-designed and comprehensive services of O&M lay the foundations for growth and stabilise the performance of the PV plants,” he says. “The mature PV market of Europe made a steady progress in this direction based to the good knowledge of the incidents and the experience from the malfunctions that have occurred in PV systems. 2015 will be enhanced by effective methods for optimising the performance of PV plants and O&M companies will be able to provide innovative services. We need to consider that optimisation comes also with respect of optimising processes and procedures, and there’s a huge space for improvement with modern Asset Management Platforms or Solar ERP.”

Tzierakis cites an example of production increase from an underperforming solar portfolio. The company installed its monitoring system on four solar power plants in the province of Puglia, Italy of 1MWP each in 2013. “The plants suffered from serious problems originating from poor initial design and component performance.  In a few months since Alectris took over the portfolio’s solar operations and maintenance (O&M) activities, it has registered a yield optimization of +38%,” shared Tzierakis.

“After a few months, the availability factor i.e. the amount of net time during which the system is able to produce electricity in a certain period, was increased and stabilized from the initial 70% up to 98%,” says Tzierakis. “The performance ratio (PR) measuring the efficiency of a photovoltaic system, has stabilized at over 82%.”

Such systems collect all available data concerning the functioning of the installations including every component, allowing the client to track any kind of performance issue.  This results in precise and rapid control of the solar portfolio. Teams perform an in-depth investigation of design and construction deficiencies of the plants, to highlight variations and bring the plants to stable and satisfactory levels of performance.

Referring to the UK, Davidson says as projects are refinanced and asset managers take a longer view on risk management, the industry will see some further evolution of O&M services dealing with end of life components, upgrades and helping owners to make the necessary long term proactive maintenance choices. “Owners remain at risk from the long term viability of component manufacturer warranties and will increasingly look to their O&M providers for solutions,” he says.

“At the utility scale as the market matures and competition increases, O&M providers are finding that ensuring increasing levels of performance becomes a challenge of time: detection times, reaction times, response times, fix times. Their performance will rely heavily on their process efficiency. Equally they will need a flexible, scalable cost base. An O&M operator with high fixed overheads will struggle to compete,” he says.