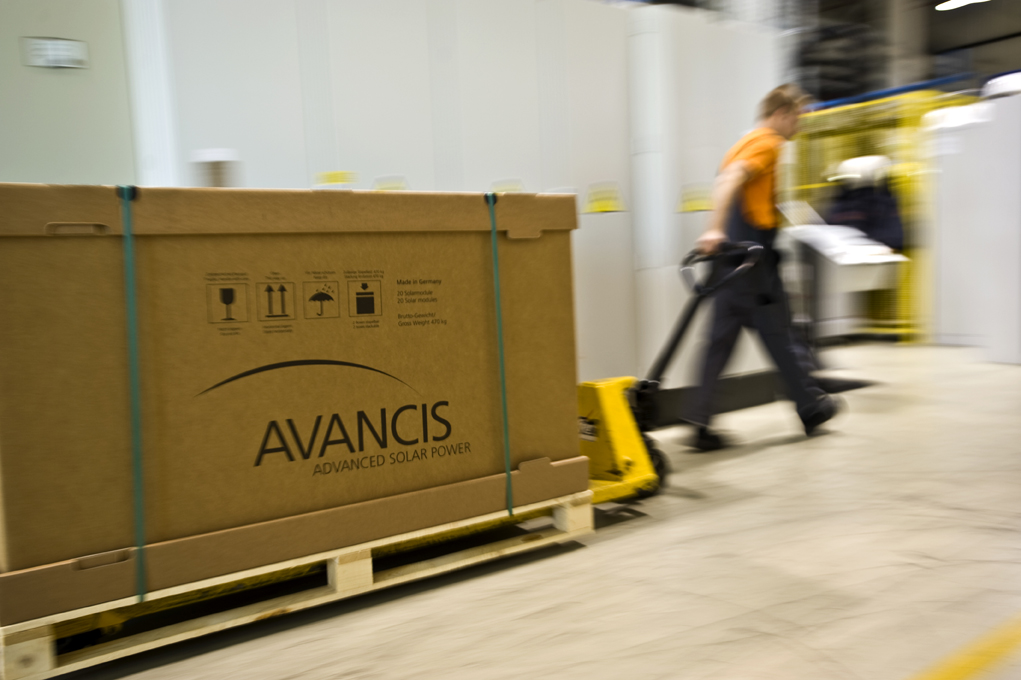 It was perhaps not the most obvious buy-out in the world. PV has a long association with buildings, but that does not mean you can expect construction companies to purchase solar panel makers.

While Avancis will continue to operate under its current name and produce and distribute PV modules under the PowerMax brand, it is clear this could be a big step forward for building-integrated PV (BIPV).

CNBM has already stated that preparations to restart an improved production process at the 100MW Avancis plant in Torgau, Germany, are to begin immediately. This will include new hires, the company has said.

At the same time, an Avancis technology centre in Torgau and a research and development centre in Munich will continue their research, development and small series production activities.

“The German pioneer in CIGS technology is focused on the production and continuous improvement of PowerMax Smart modules to be used for ground-mounted systems and in the building industry,” says Avancis.

A large majority of Avancis employees have accepted to transfer to CNBM, the company confirms. And Avancis product guarantees remain unchanged for all current and new customers.

So with Avancis’s future now assured, the question is how much the company will be able to make of the ever-beckoning BIPV market. Here Dr Franz Karg, chief executive, surveys the market opportunity.

Q. To what extent will BIPV become a focus for your business now that you are part of CNBM?

With CNBM we have one of the world's largest corporations for building materials as a parent company. In this respect, the synergy between construction and thin-film technology for BIPV is certainly obvious.

Our development activities in the BIPV environment have, however, started long before our integration in the CNBM Group. About two years ago we started the further development of our frameless PowerMax module for elegant rooftop solutions and façade integration.

Firstly, as a thin-film manufacturer, we got the national technical approval for our frameless PowerMax module as a construction material in May 2014.

Our focus for BIPV is the adaption of our standard production of the classic one-size-fits-all module towards gaining a bigger flexibility in providing customised modules as roof and facade elements.

Q. How is BIPV currently being incentivised in different markets?

BIPV in different regions of the world is supported by very active incentive programmes.

For us, especially worth a mention is the ambitious incentive programme of the British government in approaching BIPV projects up to 5MW for commercial and industrial roofs and major public buildings. These incentives cannot be ignored.

Q. Is BIPV worth the investment and what kinds of customers are willing to pay for it?

BIPV is always a real investment alternative when it comes to building projects, in private, industrial or public sectors, which are designed to fulfil green building certificates.

Q. How does BIPV compare to rooftop installations and what are the benefits of each?

BIPV is still today a project business. Each renovation, new construction or re-modelling project in the private, industrial or public sector is different and not standardised. Another difference to rooftop arrays is that the BIPV module is a building material.

Besides generating electricity, there’s a need to fulfil functions of the building envelope, such as water tightness and thermal insulation. Of course, these multiple functions lead to different costs and return calculations.

Q. How do you see the BIPV sector taking off in future?

The BIPV market is definitely still a niche market based on its real market volume compared to the conventional PV solar business. We see the capacity of the market currently still in the size of a few megawatts.

In the coming years the BIPV market will bring new business models, combining standardisation in the production with individual customer requirements.

We expect new collaborations across the solar and building industry, real estate, equipment and construction companies, which will change and drive the market to growth.

Q. Which geographical markets currently offer the most promise?

They depend on the different economic subsidy incentives for private buildings, the legal energy efficiency requirements for renovations or new construction of public buildings, as well as the basic economic needs of energy services in remote regions or climatic conditions.

Despite the strong reduction of the financial incentives and the continuing economic problems in the euro zone, Europe still remains the largest market for BIPV products.

We see other notable new markets for BIPV, which will probably arise by 2017 in China, India, Malaysia, Thailand, Vietnam, Brazil, Chile, South Africa and the Middle East.