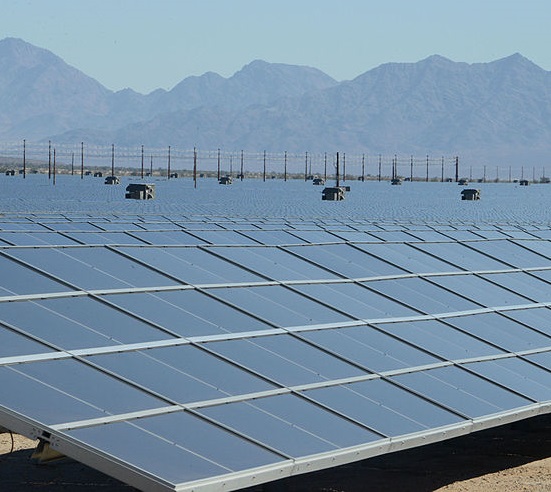 US solar industry calls for resilience as coronavirus hits activity

“We know anecdotally that the COVID-19 pandemic is affecting delivery schedules and our ability to meet project completion deadlines based partly on new labor shortages," SEIA said in a statement.

"This once again is testing our industry’s resilience, but we believe, over the long run, we are well positioned to outcompete incumbent generators...and to continue growing our market share,” it said.

The latest forecasts before the crisis predicted annual PV installations would soar by 47% in 2020 to almost 20 GW, SEIA and Wood Mackenzie said in a joint report.

This represents an upward revision of around 2 GW from previous forecasts made by the groups in September. Growth would mainly be driven by the utility-scale market and total annual installations were expected to creep above 20 GW in 2021, SEIA said. Before the coronavirus crisis, US solar employment was forecast to rise by 7.8% this year to 269,500 jobs due to the surge in new installations, the Solar Foundation said in its National Solar Jobs Census.

Employment in solar installation, the largest job sector, was expected to grow by 9.5%, adding around 15,000 jobs to the US economy, the Solar Foundation said. Employment in operations and maintenance (O&M) was expected to rise by 4%, equivalent to 463 new jobs nationwide, it said.

Developers NextEra, SunEast Development and Boralex all won multiple solar projects in New York state's latest renewable energy tender while ConnectGen was awarded the largest, the office of Governor Andrew Cuomo announced March 13. New York awarded over 17 utility-scale solar projects for a total capacity of over 1 GW, as well as 200 MW of wind capacity. All the projects will come online in 2021-2024.

The awards represent $1 billion in state investments and bids were 23% lower than an earlier tender in 2017, Cuomo's office said.

NextEra was awarded the 200 MW Garnet Energy Center solar plus storage project, which includes 20 MW of energy storage, and the 180 MW North Side Energy Center project.

New York has set a target of 70% of electricity from renewable sources by 2030 and net zero carbon emissions from power generation by 2040. The state plans to rapidly expand offshore wind capacity and install 3 GW of energy storage by 2030.

Last year, New York approved the construction of a 316 MW battery storage facility with eight hours of storage capacity in Queens, New York. Located at the Ravenswood Generating Station on Long Island City, the battery will be the largest ever built in New York.

"Without streamlined processes, it could take several years for these projects to come online, delaying payback periods and stymieing market growth. Governor Cuomo has advanced a solid proposal to fast track solar projects, but we need the legislature to get this over the finish line and put these principles into practice," the SEIA said.

The UK government has reopened subsidies for solar and onshore wind projects after a four-year moratorium which has favored less mature technologies like offshore wind.

From next year, PV and onshore wind projects will once again be able to bid for UK contracts for difference (CfDs), the government said March 2. The move will help the UK achieve its target of net zero carbon by 2050, it said.

"We are aware of a number of projects (mainly solar PV and onshore wind) that have deployed or are planning to deploy on a merchant basis since the last [auction for these technologies] was held," the government said in a consultation document.

"However, there is a risk that if we were to rely on merchant deployment of these technologies alone at this point in time, we may not see the rate and scale of new projects needed in the near-term to support decarbonization of the power sector and meet the net zero commitment at low cost," it said.

According to the government, some of the projects will be able to secure CfDs at strike prices below the average expected wholesale price of electricity, resulting in net pay back to the state.

"Therefore, running an allocation round in 2021 which includes established technologies will help deliver a diverse generation mix at low cost, as well as give a clearer signal of the costs of these technologies, several years on from the previous auction," it said.

Global demand for replacement inverters to hike 40% in 2020

Global demand for replacement inverters is forecast to grow by 40% in 2020 to 8.7 GW following a sharp rise in installed PV capacity and as components age and lower quality units are swapped out, research company IHS Markit said in a report published March 3. Clearly, these forecasts may be revised due to the escalating global coronavirus pandemic.

Asia will increase its share of the replacement inverter market in the coming years, driven primarily by recent utility-scale growth in China and demand from Japan's residential and commercial solar segments, it said.

While evolving technical regulations and import tariffs could lead to more suppliers exiting the market, the US remains a "highly lucrative" market as asset owners maintain a growing installed base of aging systems, particularly in the utility-scale sector, it said.