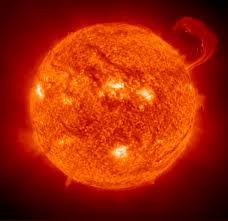 According to the report’s estimates, the cell efficiency of HCPV systems,...

According to the report’s estimates, the cell efficiency of HCPV systems, currently at 40 to 42 per cent, will exceed 45 percent by 2017. Such cells, used with concentrating optics, will then lead to commercial-system efficiencies approaching 40 percent, compared to the less than 35 percent conversion rates typical at present, as shown in the attached figure.

“Efficiency is the most important requirement in CPV technology in order to generate competitive energy costs,” said Karl Melkonyan, photovoltaic analyst at IHS. “And with the solar industry continuing to be firmly engaged in a quest for ongoing improvements through the development of new technologies, the efficiency of HCPV cells will advance over the years.”

The anticipated improvements in HCPV systems are based on cell efficiencies having reached 44.7 percent in laboratory conditions, indicating that further advances are possible.

Even so, the gains in efficiency will have to be balanced against the additional manufacturing costs expected to be incurred when implementing the improvements, Melkonyan noted.

After successfully deploying 230 MW of solar tracking systems in Europe and America, Exosun is now entering the South African market which is booming thanks to the country’s rapid economic development and increased electricity needs. In order to regulate and accelerate private investment in renewable energy, the South African government launched the Renewable Energy Independent Power Producer Procurement Program in 2011 centered around RFP rounds.

Exosun South Africa’s local team will provide sales, engineering support, as well as training on installation and O&M of its products.  The company is also committed to local manufacturing of its trackers, in full aligment with the South African local content policy.

“In this region with high solar irradiation levels, there is a significant market for solar trackers and it was important for us to build our presence here.  We are confident that our technology, scalable and adaptable to all project and land types, will answer the needs of local and international PV plant developers, owners and operators in South Africa and the surrounding countries,” said Frédéric Conchy, Chief Executive Officer and Co-Founder of Exosun.

Soitec has reported that its new strategic plan is to re-focus activities on its core electronics business. The Solar Energy division reported EUR3.4m in the third quarter and EUR38.6m over the 9 months period.

Soitec has initiated efforts to realize value of solar energy business combining significant restructuring measures going forward and will assess most appropriate scenario to extract value from its solar related assets in compliance with its obligations towards all solar stakeholders.

As a consequence of the recast of the anticipated Solar Energy sales Soitec has triggered a first batch of cost cutting actions freezing or cancelling many operating charges and reducing headcount by  around 100 people in the United States. Further cost cutting measures will be implemented in accordance with firm anticipated short term demand as well as appropriate restructuring measures.

By the end of December 2014, unaudited cash resources amounted to EUR28.4m. Following recent successful full commissioning of its Touwsrivier plant in South Africa, the Group is anticipating to collect up to EUR40m in the coming months.

Additionally, Soitec has signed a 2 years Standby Equity Facility (SEF) with Societe Generale. Societe Generale has committed to subscribe, upon Soitec's request, to newly issued shares in successive tranches over the next 24 months, within a global limit of 22,000,000 shares (9.8% of the share capital). Should the entire standby equity facility be drawn down, a shareholder currently owning 1% of the company's share capital would see its share ownership reduced to 0.91%.