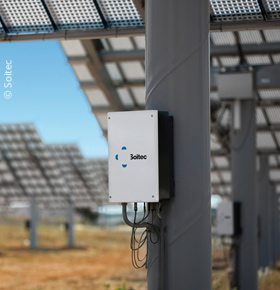 Soitec invested a reported $200m in the facility, and an additional $25m came...

PPA contract pitfall major set back for Soitec US project

Soitec has reported that its CPV project in California has been blown a major setback marking a scale down of its San Diego facility.

Soitec had sold to a large Energy Service provider 150 MW(AC) of Power Purchase Agreements with San Diego Gas & Electric for a solar project under development in California been informed by the new owner of the PPA contract that they are facing a major roadblock which prevents the project to materialize.

Certain of the administrative conditions pertaining to the transaction could not be fulfilled timely, it was reported.

Soitec will therefore not receive the expected CPV systems order from the designated EPC contractor which was anticipated to leverage its US cost base. Soitec continues to explore new opportunities with its local partners in order expand its US pipeline.

As a consequence of the recast of the Solar Energy division’s anticipated sales until the end of the current fiscal year and for the next fiscal year, supported by a project pipeline for the 2015-2016 fiscal year around 70MWp in equipment sales, Soitec will implement an immediate scale down of its San Diego facility and related cost control actions in accordance with current pipeline.

The group is now anticipating that its current operating loss will not be significantly reduced in H2 compared to H1. It is further anticipated that a specific impairment charge shall be recorded in H2 FY14-15 in order to reflect on the adjusted US pipeline of projects.

Soitec invested a reported $200m in the facility, and an additional $25m came with a grant from the U.S. Department of Energy.

However, things are going relatively smoothly for the CPV solar specialist in other regions. In South Africa, Soitec successfully completed all requested testing procedures and got confirmation from the South African utility (Eskom) for the final commissioning of its 44MWp solar plant.

This major milestone evidences the technical capabilities, the reliability and performance of Soitec’s CPV technology; it should also trigger the awaited cash collection related to the project.

Focused Sun and XYI are partnering to deploy solar microgrids for commercial and industrial and campus applications.

According to news reports and articles posted on Focused Sun’s web site, the concept is based on reflected solar energy heating mineral oil to 300 degrees C. The heated oil can then be stored for up to a day and drive turbine generators, says Jihong Chen, dean of XYI.

Advocates for the technology say that for microgrids in the 100 kW to 10 MW range, CPV combined with thermal storage and steam turbines offer cost-effective electricity along with heat that can be used for a number of applications, including space heating, hot water and industrial processes.