A PV Insider review of CPV player plans reveals Europe is declining as a market for the technology. Vendors are looking to America, Asia and Africa for new projects. 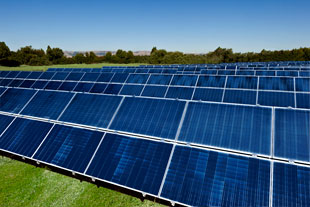 CPV vendors are writing off former South European strongholds in favour of the US and new markets such as China and the Middle East, CPV companies tell PV-Insider.

Soitec, one of the biggest names in CPV, has confirmed it is focusing on demand in the USA, South Africa and Saudi Arabia after a fall in orders from Italy, Spain and Portugal.

The change in focus is “because of multiple reasons, including end of incentives and lack of political and financial support from governments,” explains Camille Dufour, director of international communications.

But other vendors are starting to write off Europe altogether, in favour of other places where there is good direct normal irradiance (DNI) and a desire to pursue CPV research and development (R&D).

“But their solar industries are now so devastated, with Asian competition and the European financial crisis, that politics are under pressure. Why keep on trying to have a solar industry with innovative technology where it would save money to buy commoditised, traditional PV?”

Heliotrop is increasingly focusing on markets further afield with equal or better DNI resources. First and foremost is the US. There, says Bellavoine: “California is starting to overheat, but other southwest states offer a great DNI, grid connection, pure spectrum and large areas.

“New Mexico, Arizona and even Texas are increasing their interest in CPV.”

Heliotrop also sees potential in Mexico, owing to a combination of growing energy requirements and “perfect DNI in the north part of the country,” according to Bellavoine.

Other things in CPV’s favour there are “regulation in progress towards utility-scale solar plants; borders with USA, making it technically possible to interconnect renewable energy grids, [and] long-term vision towards innovation, local manufacturing [and] getting up the value ladder.”

Solaria, a low-concentration PV leader, also reports declining demand in Europe. “Italy had a special feed-in tariff for CPV,” says chief executive Suvi Sharma. “It ended recently. This feed-in tariff resulted in many CPV projects in Italy, including for Solaria, where we had a dominant market share. This special feed-in tariff has now expired and thus the market for CPV has declined.”

As a consequence, the company is now looking for sustained demand from China, where, says Sharma: “The government has just announced that it’s increasing its goal of installed PV to 70GW by 2017, and a large part of that is utility-scale in northern and western provinces.

“These are good markets for CPV, with high irradiance and land availability. Also, the government has a focus on efficiency and new technologies, relevant for CPV.”

Sharma also sees promise in the Middle East, “because of high-irradiance locations with ample land. They will look to leapfrog existing technologies for next-generation technologies that can deliver improved returns, and will look to localise some manufacturing and R&D.”

Other companies are struggling even in supposed CPV growth markets such as the US. Shawn Buckley of Focused Sun, which a few years ago touted a rooftop CPV product, reports: “Yes, we’re still in CPV… sort of. Yes, we concentrate solar onto PV cells to make electricity.

He continues: “But we have a hybrid collector, electricity and heat, and the electricity is just 20% of the solar energy we capture. The heat part can be more valuable than the electricity in terms of dollar savings to the user.”

This innovation is enabling Focused Sun to enter even low-DNI regions, such as Buffalo, New York, with a payback of about eight years. In New Mexico, where the company is based, it is half that. But the company is finding it difficult to break into non-US markets.

“We’ve had enquiries from Mali, Senegal, Nigeria, Uganda and India, but no orders,” Buckley says.

At least he is still in the game. Yossi Fisher, chief executive of floating CPV pioneer Solaris Synergy in Israel, says: “Recently, due to the decline in PV module costs the company has decided to move to floating PV technology. Personally, I doubt there is still a future for CPV.”

Joachim Baumgaertner, managing director of consultancy Green Rhino Energy, believes the industry now needs to focus on regions where energy costs are high and space is at a premium.

“CPV is nowadays often more expensive than conventional PV,” he points out. “However, in the Caribbean power is very expensive. It could therefore still be economically viable with CPV, whilst also being much less demanding on space.”

Over the next few editions of PV Insider we will look at the changing dynamics, achievements and challenges of the CPV sector and the continuing aspirations and market strategies of those working within the industry.