Consortium finance and partnering: the way forward for CPV?

Getting CPV projects off the ground is seemingly more difficult than ever. Could a consortium approach to finance and technology acceptance be the answer? 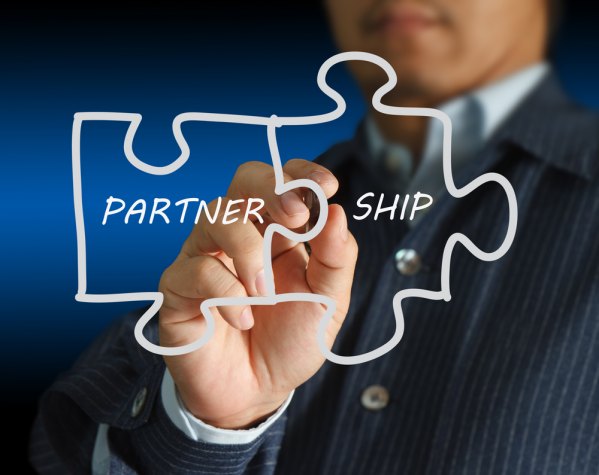 The consortium model is used in other renewable energy sectors, such as wind....

You have to be pretty sure about your chances to set up a new CPV manufacturing facility these days. But that is just what SunPower has done, creating a 300MW-capacity plant in the Jinqiao Development Zone of Hohhot, Inner Mongolia, where a 50MW production line is in operation. The reason? SunPower’s China prospects are looking rosy.

“As a result of a joint venture SunPower announced in March, two projects are under construction in China using SunPower C7 technology,” says Ingrid Ekstrom, director of corporate communications.

The company has 120MW of projects in the pipeline, split between a 100MW plant in Wuchuan and a 20MW one in Saihan. With CPV players worldwide struggling to drum up funding and in some cases new business, observers might well question who is funding these projects.

The answer is SunPower itself, or more accurately its multi-partner alliance.

This funding model is what is generally known as consortium financing. It involves a range of corporate interests, such as utilities, banks and equipment suppliers, sharing the cost, risks and rewards for an infrastructure project.

The model is used in other renewable energy sectors, such as wind. The question is, can it work for CPV? SunPower’s experience would seem to indicate so, and indeed there are a number of advantages to going down this route.

The most obvious one is that if a group of companies with a shared interest are funding a project from their own pockets then that can make it easier to move forward because there is no dependency on outside financing.

It could also arguably improve the chances of a project being a success, because there is no sense of playing with someone else’s money. Stakeholders might have a greater incentive to be realistic about budgets and challenges, and less willing to cut corners.

“Consortium finance, where three or four investors will come together and develop the project themselves, has pros and cons,” explains Omar Mahmoud, a renewable energy expert at PricewaterhouseCoopers, the accountancy firm.

“The advantages are that if the members of the consortium have an interest or stake in the project, for example as an engineering, procurement and construction firm, or manufacturer, each one of them would have another role than as an investor.”

On the minus side, consortium finance can be an expensive way to fund projects. It increases company gearing, requiring a higher internal rate of return. With internal funding, says Mahmoud: “The cost of money is 10 to 15%. But if I take a loan it will cost 6 to 8% from a bank.”

The bottom line, then, is that consortium financing can cost almost twice as much as traditional project finance. That means you only want to use it under exceptional circumstances.

Of course, it could be argued that because CPV has a very small share of the solar market it is perceived to be riskier than it actually is. But sadly the perception of risk does not just apply to financiers.

“The question is, who is going to be the off-taker or government entity to whom you will sell the power?” asks Mahmoud.

At the end of the day, he comments, if the government is willing to take the risk of buying power from a little-known technology such as CPV, then banks would usually be happy to fund the project.

Nevertheless, consortium finance might be a good fit for smaller projects where, for example, project owners are looking to showcase a given technology. For larger projects, Mahmoud says: “It is a rare thing, frankly speaking. At the end of the day, everyone is looking for cheap money.”

Finlay Colville, vice president at the analyst firm NPD Solarbuzz, ultimatly believes consortium financing is unlikely to be of much use for CPV players beyond SunPower.

He believes that the only CPV companies that will currently be able to develop projects are “the ones that manage to get their own funding from somewhere, whether it’s a development bank or a local government trying to help a local manufacturer.”

Colville sees SunPower as one of the few CPV players doing anything on a big scale. “The only company that is really doing CPV stuff in any seriousness right now is SunPower. They are deploying a small amount at the moment, trying to ramp it up. And they have pretty much got their own financing, so they can do that.”

But consortium finance has been used before to fund CPV solar projects. In April 2013, CPV semiconductor business Soitec reported that it successfully finalised the ZAR 1,000,000,000 (more than $100m) solar financing bond issued by CPV Power Plant No.1 Bond SPV (RF) Ltd, an affiliate of Soitec Solar GmbH.  The bonds were raised to finance the construction of a 44 MWp utility-scale concentrator photovoltaic (CPV) solar power plant in Touwsrivier, South Africa.

This was the first publicly-listed project bond ever issued to finance a solar power plant based on CPV technology. In terms of financing solar energy projects, the bond is an inaugural transaction in South Africa and only the third such transaction worldwide.

A consortium comprised of Deloitte & Touche, The Standard Bank of South Africa, Trident Capital and Webber Wentzel Attorneys advised Soitec throughout the transaction, with the bank acting as lead manager, book runner and debt sponsor for the offering. Moody’s, the credit rating agency, confirmed the supportive investment grade rating of Baa2.za assigned to the Touwsrivier project.

“Soitec is the world’s leading developer and technology provider for utility-scale CPV projects, and the successful placement of these bonds is a significant endorsement of Soitec’s solar technology,” said Bo MacEwan, Associate Director Corporate Finance, Deloitte & Touche at the time of the financing.

“The bonds were placed with a diverse pool of South African institutional investors, pension funds and asset managers, all of whom welcomed the opportunity to participate in this inaugural offering,” said Kimon Boyiatjis, Chief Investment Officer, Trident Capital.

Government commitment is crucial, even for smaller demo projects, it would seem when it comes to financing CPV projects. In June of this year, Soitec announced that it inaugurated its Usib CPV demonstration plant located near Rehoboth, 80 km south of Windhoek in central Namibia.

The demonstration plant was officially inaugurated by Honourable Isak Katali, Namibian Minister of Mines and Energy. The 26 kWp CPV plant, which consists of 2 CPV systems, resulted from a cooperative agreement between Soitec and NamPower, the national power utility of Namibia.

The plant generates solar electricity, which powers Usib Primary School and a water pump, which irrigates the community garden.

Under the terms of the cooperative agreement, NamPower selected the site for  the plant, liaised with the relevant stakeholders and, as of July 2015, will operate and maintain the CPV systems for a period of 18 years, while Soitec constructed and currently operates the plant, before transferring the knowledge, operations and maintenance to NamPower, which illustrates how collaboration with industry and government partners on technology, outsourcings and financing is the way forward to get deals done.