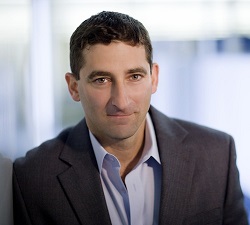 We discussed the Dense Cell Interconnect (DCI) technology that enabled the records with CEO Gilad Almogy.

Q: How does this translate into up to 15% increased efficiency in a standard PV panel?

A: Our experience developing low-cost CPV systems led to a breakthrough in cell interconnection technology. Our innovation centres around how the cells are connected in the module. We bought the standard silicon cells and made modules from them in this same way for our CPV system, the T14. We are now coming out with this for standard non-concentrating modules.

Instead of packaging cells together the traditional way, stringing them with copper ribbons, DCI connects them in a different way that eliminates the copper ribbon, solder-joints and eliminates spacing between the cells. This has enabled us to boost power output by up to 15 per cent.

Q: How does eliminating the ribbons improve efficiency?

A: People take for granted that modules degrade by half a percent per year for their 20-year lifespan. That rate is caused by phenomena around the ribbons; the way cells are connected has really not changed at all in the last 30 years.

It's not the silicon that causes the cells to degrade, but the copper wires connecting the cells. Copper has a very large thermal expansion coefficient: when you heat it, it expands quite a lot and when you cool it, it shrinks quite a lot.

First, solar systems get hot during the day - on a sunny day in a warm climate solar modules routinely get to 60° C - and then each night get cold. So the copper ribbon is expanding and shrinking and two things happen: metal fatigue so the copper itself breaks. Second, the copper is connected to the circuit cell, and when you connect it this causes small micro cracks originally; as you heat and cool, those cracks expand.

Those two factors - the ribbons and the parts connecting the ribbons to the cells are the biggest contributors to solar module degradation.

In our modules we use neither. We essentially take cells and make better modules, because we've eliminated the wires. We connect the cells together in a different way that doesn’t require wires.

This reduces system losses, mainly due to shading and electrical resistance, producing a more efficient module from the same cells.

Q: Is there an O&M application? Using fewer panels obviously, since yours have bumped each module’s output - but could your DCI modules replace failing modules in an array?

A: Yes, that would be very easy. Our technology works with standard  60-cell or 72-cell panels for residential, commercial or utility-scale. They are built the same way, but they are just more efficient.

Because it doesn't have the ribbons the module looks perfectly black. In residential especially, aesthetics matter, but that’s not the main thing. The key thing of course is the lower cost-per-watt.

Q: What’s the path to commercialisation?

Today, we have a small capacity of panels that we can provide to strategic customers in the next few months for sampling. And next year we are choosing the factory location for our production line and then by the second half of next year we want to be in production.

We were recently awarded $2m by the U.S. Department of Energy’s SunShot Initiative to establish an automated production line in the United States. This will help us scale DCI technology while creating local manufacturing jobs.

We also recently commissioned a 1 MW array with DCI technology at University of Arizona’s Solar Zone. The system is owned and operated by Washington Gas Energy Systems under a 20-year power purchase agreement (PPA) with Tucson Electric Power.