Southern Research plans to commission by October 2017 a 1 MWh(th) energy storage demonstration unit using its high temperature thermochemical technology, following a recent funding boost from the US Department of Energy. 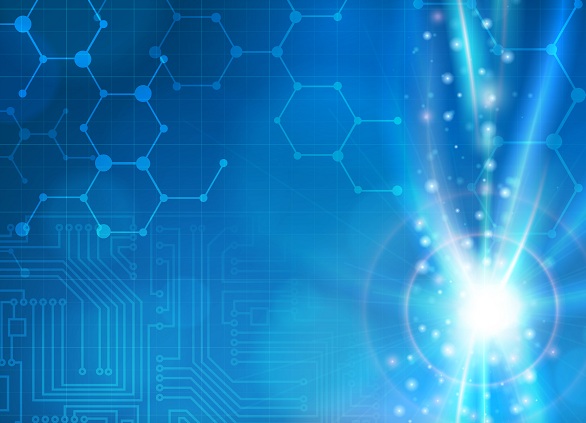 The Alabama-based developer was one of 14 research groups which were awarded in September a combined $32 million from the US Department of Energy's SunShot plan. The federal program funds projects which tackle CSP subsystem issues with the aim of reducing the levelized cost of electricity.

“What we have is a very clean simple reaction, not complicated by side reactions. The trick is in the actual material composition that holds the structure intact; not only the calcium oxide but some of the other constituents that make up the overall actual formulation keeping the structure intact,” Gangwal said.

“Because of the higher energy density of our system, it is much smaller than a molten salt system; about one-sixth the size for storing the same amount of energy,” he said.

The turbines currently used by traditional thermal power plants and CSP facilities are a mature technology; with system efficiencies limited by maximum temperatures of about 480° Celsius.

SR already developed its TCES at laboratory-scale in a previous round, at temperatures up to 750° Celsius.

By using a supercritical CO2 cycle, the conversion efficiency of heat to electricity is raised to around 50%, some 10% higher than conventional steam cycles, according to Gangwal.

The system uses sorbent material derived from a low cost feedstock and SR researchers are confident that their system will reduce the cost of energy storage to $13 -15/kWh(th), meeting the $15/kWh(th) goal for 2020 set out by the DOE SunShot initiative.

Major CSP firms with US projects are developing the associated elements capable of handling the high temperature systems.

Spain's Abengoa is part funding research for optimizing collectors for containing higher temperature heat transfer fluids while California-based SolarReserve is part funding a project to develop a ceramic receiver able to handle temperatures up to 750° Celsius.

“The approach here is that there are various parts of a supercritical CO2 process all in development right now, at various stages, heading towards demonstrations,” said Tim Hansen, SR Project Co-Principal Investigator.

“Our storage component is one; heat exchangers are another; heat transfer fluid is another; the power block is another. The focus is on getting each one to their next stages and then integrating them all into essentially the power plant of the future.”

The SR project builds upon Brayton combustion technology and other S-CO2 mechanical systems awarded in the SunShot Initiative’s 2012 Supercritical CO2-focused award series, and will demonstrate research conducted under the 2014 ELEMENTS round focused on thermochemical storage.

The development of the system will provide growth opportunities for a variety of firms, including manufacturers of sorbent, HTF processing equipment and suppliers of heat exchangers and high pressure pumps.

By October 2016, SR will scale up to produce over a ton of sorbent material identical to the lab-bench demo.

“We are working with sorbent manufacturers and suppliers to be in a position to scale up the manufacturing with the particular properties that we need,” said Bill Grieco, Vice President of Energy and Environment, SR.

“An important part of the technology and business development is ensuring that manufacturers and suppliers can drive development of support infrastructure that must be in place to enable the adjacent parts of the process.”

SR plans to build and commission the 1 MWh(th) storage system by October 2017, while negotiating agreements for commercial demonstration systems of capacity 10 to 50 MW.

Utility-scale commercial deployment is planned by 2021, with tower developers like Abengoa, SolarReserve and Masdar as possible partnership candidates, through either a strategic partnership or a license, according to SR.

“With a well-planned demonstration plan, it looks like it could be commercial earlier,” said Fred Redell, US Managing Director at Abengoa.

“This new technology; if successful, would not only be cheaper than current [Thermal energy storage], but could help enable CSP to work with more efficient supercritical CO2 power cycles, potentially resulting in further reductions in cost.”

SR’s Grieco said the research team will be careful to develop the appropriate commercial path for the technology.

“A big part of what we must do over the next couple of years is to determine the right commercialization path. The federal government has moved much more strongly in recent funding cycles to ensuring that these projects do have a greater likelihood of commercial success,” he said.