The Masdar Institute Solar Platform is working with technology firms to drive up temperature capabilities, improve efficiencies and reduce the cost of CSP plants. 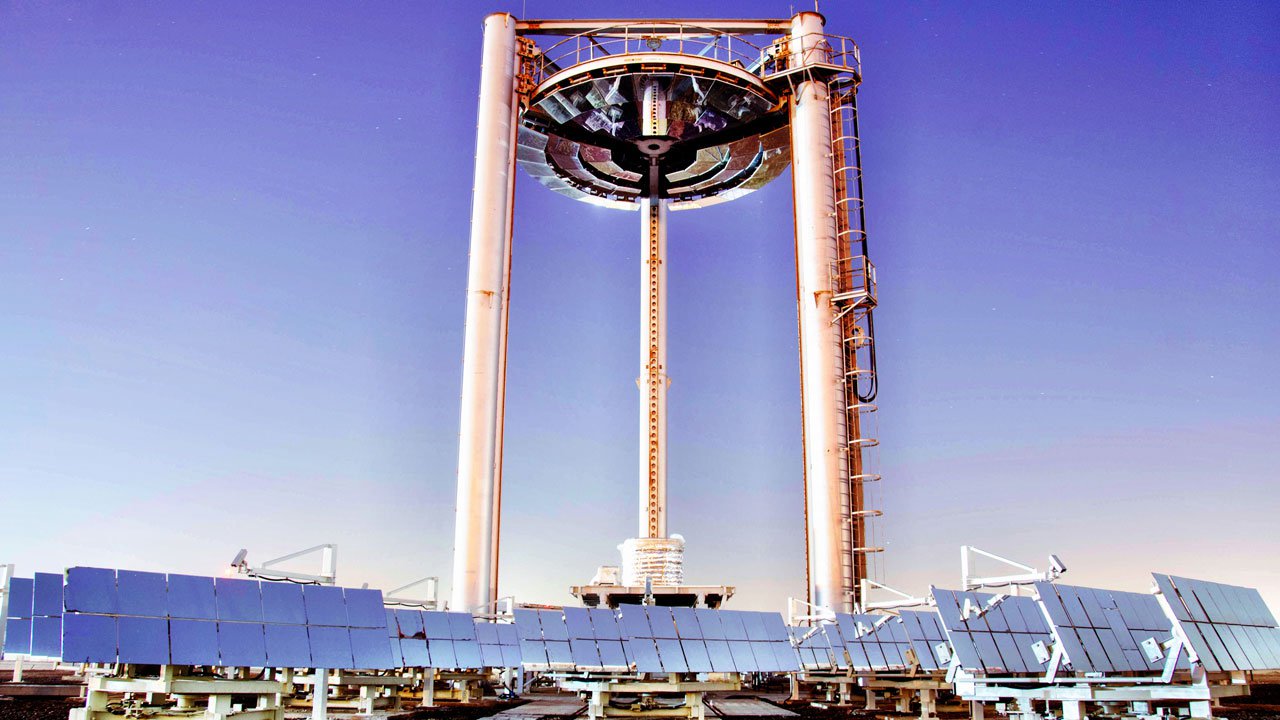 Masdar Institute Solar Platform (MISP) builds around a set of unique facilities including a 100kW beam-down concentrating tower and its solar field, a hot-oil loop and thermal energy system (TES), and a compact linear Fresnel reflector.

Part of the wider Masdar Solar Hub, which comprises PV and CPV testing facilities, MISP brings together stakeholders from different sectors to advance cutting-edge CSP technologies and validate them at pre-commercial level.

“Having a nearby research platform like MISP is a huge advantage for us as operators and developers because it will enable us to monitor the experiences of new concepts in the market,” Abdulaziz Alobaidli, acting general manager of Shams Power Company, told CSP Today.

“No commercial CSP plant, whether Shams 1 or others, would be able to accommodate [unvalidated] concepts, which leads to a gap in the market. MISP is filling this gap, by allowing piloting, modelling, and testing before deploying new concepts in commercial plants,” he said.

According to Dr. Nicolas Calvet, assistant professor at Masdar Institute of Science & Technology and chair of MISP, the objective of the solar platform is to reduce costs and increase the temperature to achieve better efficiencies.

Under one possible arrangement, firms can have their equipment tested on the platform and retain the intellectual property (IP), while Masdar, a sister company of MISP, has the option to use the technology.

MISP has been collaborating in such a manner with Japanese electronics and ceramics producer Ibiden. The company developed a lightweight mirror which does not use glass and uses a silicon carbide coating for protection.

“We tested this mirror in extreme desert conditions and their performance was good when we didn’t use water to clean them,” said Calvet. “We did one year of measurements on site, from August 2014 to September 2015, using three cleaning methods.”

The first was conventional brushing with water, the second was brushing without water, and the third was with compressed air. The second experiment proved the most successful.

According to the professor, the advantage of silicon carbide is that after diamond, it is the most resistant material to scratches. “You can brush the mirrors without worrying about scratching them. So that explains how you can clean them without water.”

The 100 MW Shams 1, for instance, is saving 200,000 million gallons of water per year by using a dry cooling system, but the plant still uses eight million gallons for mirror-cleaning.

“Imagine a mirror that needs very little or no water to be cleaned; that would be a breakthrough. And for us to develop that in the desert, it would be a great achievement,” asserted Calvet. Moreover, because the mirror does not contain glass, it is very lightweight, which could eliminate the need for heavy structure to maintain it.

The cost savings that could be made using this mirror can only be determined when Ibiden achieves economies of scale as currently production is expensive.

“We cannot say it’s ready for the market but we can say it works,” remarked Calvet. “If they are able to make a bigger mirror, we will start a new project where we would test the mirror in real conditions on tracking systems or linear Fresnel collectors.”

Ibiden has already produced a 30-cm by 30-cm mirror as proof of concept, and is currently working on the manufacture of a 1-metre x 1-metre mirror.

MISP is also engaged with the CSP on Demand (CSPonD) project, a direct-absorption, molten-salt receiver storage system that has being tested in collaboration with Massachusetts Institute of Technology since July 2014. The goal is to concentrate even more light from the beam-down tower and reach higher temperatures.

In this project, for which the prototype is almost complete, MISP is part of the research group and has a share in the IP. MISP plans to start inputting molten salt in March.

MISP has already demonstrated that industrial waste, such as steel slag and aluminium dross, can be used as a low-cost and sustainable high-temperature TES material.

“We found that it is all ceramic in the end. And ceramic can support high temperatures. This is a very promising project for us. We just signed an agreement with Emirates Steel to provide us with industrial waste so we can develop a large-scale prototype and demonstrate that we can store heat at up to 1,000 degrees C in this material.”

MISP is also willing to work with firms under other terms, where the IP belongs to the company but MISP has interest in the product and in learning how it works. This is similar to the partnership with Norwegian TES developer EnergyNest.

Since early 2014, Masdar Institute has been operating EnergyNest’s pilot TES system, collecting data and analyzing the results. According to estimates, EnergyNest’s concrete-based system can decrease costs by 30% to 70% compared with the two-tank molten salt storage, depending on the size of the storage.

Discussions recently started on the possibility of adding TES to Shams 1. The CSP plant was initially planned in 2007, when TES was unavailable at commercial scale. With natural gas abundant in the UAE, it made sense at the time to use a limited amount of gas to boost steam temperature from 380 degrees C to 540 degrees C.

If TES is integrated into Shams 1, it could save a considerable amount of gas, but not in place of the steam-booster heater, as burning this small amount of gas significantly enhances the turbine’s efficiency. Instead, TES would replace preheating. Every morning, the solar field needs to be preheated by burning oil and gas and TES could help avoid this.

“This is still at discussion level,” Calvet pointed out. “But it shows you a potential success story for the solar platform – where we test and validate the technology, then it could be applied to one of our commercial plants.”

In the year ahead, MISP will test the EnergyNest’s technology with a target of reaching 1,000 degrees C. Further advancement of the project would depend on the results of these tests and commercial terms.

“If a company like EnergyNest approaches us today with a new concept for energy storage, we cannot say yes because we’re commercially driven and our priority is the revenue of the plant. We have commitments toward our shareholders and offtakers, so the question is not only technical, but also contractual,” said Alobaidli.

“I think EnergyNest is on the correct path,” he added. “If they deployed the TES at MISP and found positive results, then it will be easier for us to speak with our stakeholders. So we are looking forward to seeing the results that will be obtained within the solar platform.”