What does the “staggered financial close process” for Window 3 mean?

South Africa’s Department of Energy (DoE) has announced the implementation of “a staggered financial close process for Window 3”. The close, as outlined on the REIPPPP's website, was originally scheduled to take place on July 30th 2014, but has since been delayed to November. 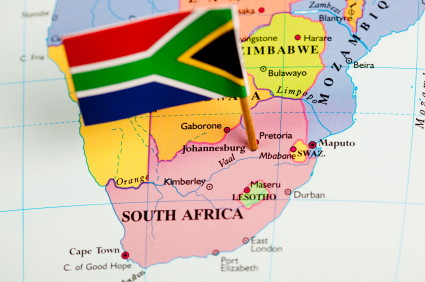 Why has the DoE decided to take this staggered approach and what does it mean for the industry? CSP Today investigates the reasons behind this decision and its implications for investors.

A capacity of 200MW was allocated for CSP in Window 3 with Emvelo (Ilanga I) and Abengoa (Xina Solar One) each securing 100MW. Both projects are parabolic trough. A total of seventeen renewable energy developers were appointed as preferred bidders in the third round (CSP Today, 2013).

The breakdown of projects in Window 3 includes:

Although delays have been experienced in previous rounds, this is the first time the DoE has announced a staggered approach to financial close. Financial close for Window 1 was delayed twice and, at the end, twenty eight preferred bidders were selected as IPPs for the first window. According to the original schedule, they were expected to reach financial close by the middle of June 2012. This date was subsequently moved to the end of September and again to the end of November the same year (CSP Today, 2012).

Similarly, financial close for the second window was originally scheduled for March 2013, then moved to April 2013 and actually achieved in May 2013 (CSP Today Market Reports 2015).

Despite the delays, South Africa has a healthy project pipeline. Currently there are three CSP projects under construction, totalling 200MW; two under development with a capacity of 200MW and three in planning (250MW), according to the CSP Today Global Tracker. The three in planning submitted proposals in the March 2014 bidding opportunity: only two of these projects will be awarded under the Renewable Energy Independent Power Producer Procurement Programme (REIPPPP).

Eskom’s ability to connect projects to the grid

None of the bidders have received official notification as to how the new system will work. In the opinion of Kieran Whyte, Director of the Projects and Infrastructure department of DLA Cliffe Dekker Hofmeyr, the process is driven by Eskom’s ability to connect projects to the grid.

Alastair Campbell, Managing Director of Vantage Capital agrees: “This delay gives Eskom a little bit of time to start working on the various grid connections, only to the extent that they are the party that is building the substation and doing the grid strengthening”.

The main reason to implement a staggered approach to financial close was to protect the currency, according to Nicolas Tucker, of the Power & Infrastructure Finance department of Investec Corporate & Institutional Banking. “Exchange rates can have a significant peak within the week of financial close and the National Treasury was getting a bit concerned. Therefore, a way to mitigate that was to not let all the projects reach financial close on the same day”, he notes.

From a developer perspective, it means that these companies are going to be paid in South African Rands by Eskom for the power, but some of their costs during construction will be incurred in foreign currency. “So these companies have to take a forward cover to ensure that they will have enough dollars or euros to pay for construction costs. It is called ‘hedging strategy’ and is a way to mitigate fluctuations in exchange control”, indicates Whyte.

Moving the financial close date also has an impact on contractor’s costs and deadlines. How that will be addressed remains a mystery and Whyte is of the opinion that it will depend on the financial model adopted for each project. “Companies involved planned to see revenue coming into the project from a certain date and, if that is not achieved, they will have to determine the impact it has on their financial models, contact the lenders and deal with the consequences”, he says.

By press time, the DoE was not available for comment.

Does it affect investors’ confidence in future bidding rounds?

The developers submitting proposals were:

The announcement of preferred bidders was expected to take place in June 2014, but has been moved to an undetermined day in “August 2014”, according to the REIPPPP’s website.

Although there was no allocation for CSP projects in Window 4, and many delays have plagued previous rounds, interviewees remain optimistic about investors’ interest in future bids.

“In Window 3 there were more than ninety bids submitted and seventeen were awarded. That shows significant interest in the programme. As for Window 4’s bid submission, the number of proposals indicates a strong level of interest too. We are even struggling to fund all projects,” says Tucker.

Whyte believes it is a matter of the lessons learnt in previous rounds: “I think the programme is still a good one and it will get better with time. Everyone is experienced in bringing things to financial close and CSP players are all waiting for the outcome of Window 3.5”.

It seems that despite delays, the REIPPP programme enjoys the confidence of investors and financing institutions.