Saudi Arabian CSP vies for a place in the sun

With Saudi Arabia’s energy options quickly running out, concentrated solar power promises to generate energy at half the cost of nuclear. So why is CSP taking a back seat? 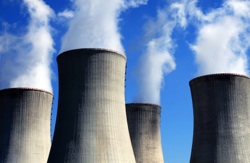 By Heba Hashem in Dubai

The recent push for economic diversification in the Kingdom of Saudi Arabia has seen billions invested in industrial, real estate and tourism projects. The result has been spiralling demand for power generation and water desalination.

To meet its burgeoning energy demand, the Kingdom of Saudi Arabia (KSA) is exploring its renewable and nuclear energy options. However, despite having enough sun to produce and even export solar energy, a number of obstacles, including subsidised oil and water scarcity, stand between Saudi Arabia and its solar resource.

Although KSA receives huge amounts of solar radiation, Jim Krane, Energy researcher at Judge Business School in Cambridge University, points out that the heat, dust and humidity in the Gulf degrades the efficiency of both CSP and photovoltaic technology

As a result, KSA has been pressured to investigate all its energy options - nuclear energy in particular.

Although extraction of uranium from phosphate can be an expensive scheme, phosphates could provide a steady supply of uranium for the country's desalination plants.

This would leave Saudi Arabia with the problem of uranium enrichment – a service that Russia and France would be only too eager to supply.

In a bid to lower the costs of uranium purchases and construction of nuclear plants, Saudi Arabia is now involving itself in all aspects of the nuclear production process, including enrichment.

"Although KSA has not announced it yet, this could involve NOC-NOC collaboration with major uranium producing countries, such as Algeria, which could reduce production and purchase costs", says Justin Dargin, Harvard University scholar.

He notes that power sales through the GCCIP, and perhaps to other Arab countries, is an underestimated consideration for the Gulf drive for nuclear power production.

Just how competitive is CSP?

According to Philip Elkuch, president of the nuclear energy business group at Poyry, nuclear energy in KSA is a long-term strategy that can span 10-20 years from now, while renewable energy can be deployed much faster.

The prices of solar power have been continuously decreasing, which signals an opportunity for the country to give CSP a second chance. KSA is planning to invest US$80 billion to boost power-generating capacity to 60,000 MW by 2020.

KSA’s proposed renewable energy target is between 7 to 10 percent of peak electricity generated by renewables by 2020 -  most likely solar - which represents roughly 5 gigawatts by 2020. According to Ahmad Al-Khowaiter, director of new business evaluation department at Aramco, the target is achievable.

KSA has also stated its intention to begin exporting power from solar energy by 2020. "[Solar energy] is expensive, but as we see prices coming down there is a strong probability of having both the potential and the price correct by 2020-2030 ... It is a strategic move into solar," says Khowaiter.


While some experts see CSP as a cost-effective option, others believe it is more expensive in the short and medium term. CSP-generated electricity runs somewhere around 33 US cents per kWh.

Another key drawback of CSP is the water required for cooling the generating turbines- fresh water can be tough to find in the Arabian Desert.


But comparing the costs of CSP and nuclear depends on many factors, such as the type of framework used for building the plants (for example public-private-partnership, as used in the UAE in an attempt to reduce costs) as well as the fuel used in the nuclear plants, thorium uranium.

Then there are the social, health and environmental costs of uranium extraction and nuclear waste management, which ultimately tip the cost equation in favour of CSP.

Several studies indicate that on average, when taking into account capital costs and the entire production chain, CSP generation would be about half the cost of power generation per kWh than nuclear, at around $0.12kWh.

"Although CSP would be the most cost effective option, KSA would be likely to benefit from purchasing power through the GCCIP or buying LNG or pipeline natural gas from its neighbours”, says Dargin.

The fact remains that both CSP and nuclear would still rely on massive subsidies to come on-stream. “Unless KSA substantially raises power tariffs, the government would still massively subsidize electricity prices of the citizens", explains Dargin.

“KSA is not ready for the import option, as it does not want to be too dependent on its neighbors, and therefore, CSP would more viable under the project economic,” he adds.

KSA faces a difficult menu of choices. As Krane concludes: “Saudi can burn crude oil to generate power, but this implies higher emissions and faster depletion of the chief source of national income.

“It can import and burn coal, which is relatively cheap, but this would also boost emissions. It can import natural gas at market prices, which is expensive.

“It can launch a demand-side management campaign and raise electricity prices in hopes of reining in consumption, although the latter would be politically dangerous, as cheap energy is considered a right of citizenship among Saudis.

“Or it can invest in alternative power: nuclear and renewable.” But the question remains as to how big a slice of the pie these two energy sources will take.

To respond to this article, please write to:

Or write to the editor: