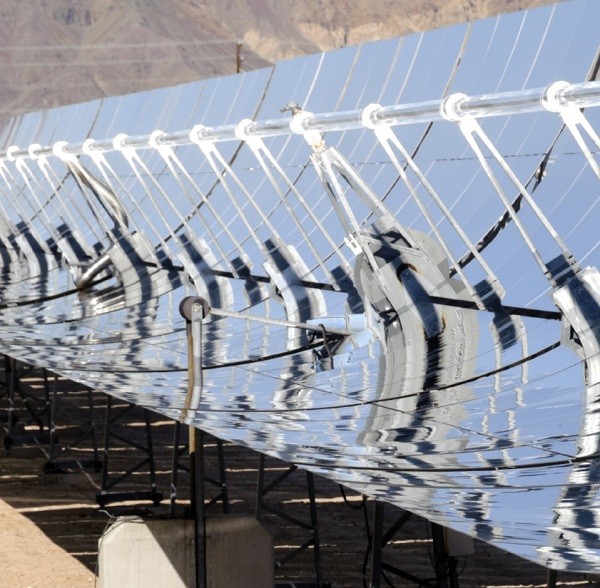 The agreement was signed during a meeting February 27 between Gerd Muller, Germany's economic development Minister and Mustapha Bakkoury, president of the Moroccan Agency for Solar Energy (MASEN).

Morocco has called for Expressions of Interest (EOIs) to develop the first phase of the Noor Midelt complex (NoorM 1).

In a document published on December 31, MASEN said this phase will include “one or more projects expected to be developed under an [Independent Power Producer] scheme with hybrid CSP-PV technology and an installed capacity of around 400 MW per plant.”

"Consistent with the rollout plan, the facility will ramp up to its full annual output over the coming year," SolarReserve said in a statement February 22.

The Crescent Dunes project generated its first test electricity in the fall of 2015. The plant integrates SolarReserve’s molten salt technology.

Denmark's Aalborg CSP is to design and deliver a 17 MWt CSP system for integration into a biomass fuelled organic rank cycle (ORC) plant for combined heat and power (CHP) generation in Bronderslev, Denmark.

"This will be the first large-scale system in the world to demonstrate how CSP with an integrated energy system design can optimize efficiency of ORC even in areas with less sunshine," Aalborg said in a statement February 29.

"Markets with well established district heating infrastructure or an existing base of ORC plants-- such as Germany, Austria and Italy-- can leverage the flexibility of CSP for combined heat and power generation," the company said.

Abengoa Bioenergy U.S. Holding LLC, a unit of Spain's Abengoa, has received interim financing while it reorganizes its business following a Chapter 11 filing made February 24.

The Seville-based company must reach an agreement with its banks and bondholders by March 28, the deadline for protection terms offered by Spanish insolvency law.