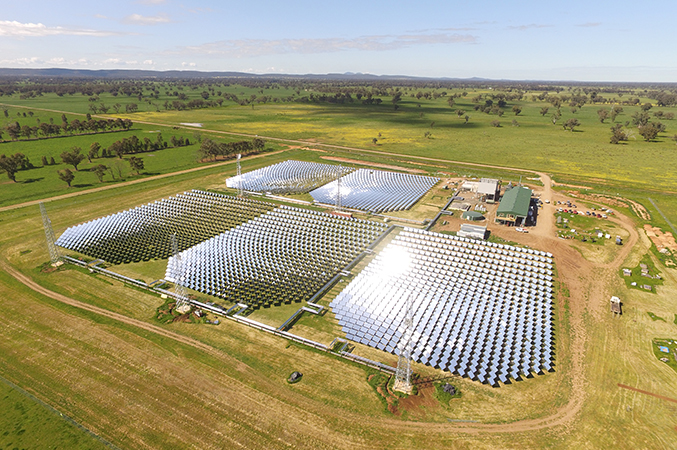 The World Bank Group has invited Expressions of Interest (EOI) from consultancy firms to prepare a status report on CSP in six markets: Algeria, Egypt, Jordan, Libya, Morocco, and Tunisia.

The 2016 CSP Review will cover all segments of the technology and update previous studies to reflect market developments, policy changes, and climate mitigation commitments. The report will also guide the work of the Clean Technology Fund (CTF) MENA CSP Technical Assistance Program, which was approved in 2014.

According to the World Bank, the purpose of this program is to accelerate the implementation of the CTF MENA CSP Investment Plan, which aims to mobilize nearly $5 billion to speed up deployment of CSP projects in MENA countries.

“Since the program launch, the CSP market has changed, with substantial cost reductions induced by large-scale development in some regions of the world,” the World Bank stated in its Request for EOI, released on January 15.

“The changes in the CSP landscape make the technology increasingly attractive due to the thermal storage that it brings into the power system. Moreover, several of the participating countries are returning to political stability…Now is the time when the CTF MENA CSP TA can make a difference and give a boost to the full MENA CSP program.”

The CSP 2016 Review will be financed by the World Bank’s budget and the MENA CSP TA Program – CTF Grant. Expressions of Interest are being accepted through the World Bank’s eTendering portal until 1 February 2016, after which a shortlist of qualified firms will be invited to submit proposals.

South African power utility Eskom is to advance the development of its 100 MW Kiwano CSP plant near Upington, the company said in a statement. The plant will use central receiver technology and provide 12 hours of thermal energy storage.

“This CSP plant is being developed for demonstration purposes with the aim of ensuring a full understanding of all technical, financial and operational risks associated with this technology before eventual full scale commercial replication in the Eskom fleet,” the company said.

The plant will be larger than the demonstration units constructed to date, necessitating the redesign and scale-up of components, use of alternative materials and modification of operating procedures, according to Eskom.

A consortium led by Tractebel Engineering, together with Astrom Technical Advisors and PD Naidoo & Associates, is undertaking feasibility studies, due diligence, basic design and other pre-construction analysis of the power plant.

The $20 million pilot CSP plant will consist of five solar modules, each comprising a 30-metre high tower, a thermal energy receiver and 700 heliostats. In total the plant will have 3,500 heliostats.

The CSP demonstration facility will also include three hours’ thermal energy storage and will be the first in the world to use the MACCSol air cooled condenser, which uses no water in the cooling cycle.

After assessing the performance of the pilot plant, Vast Solar plans to start constructing a larger 30 MW solar thermal power generation facility in late 2016. This plant would have four hours’ energy storage.