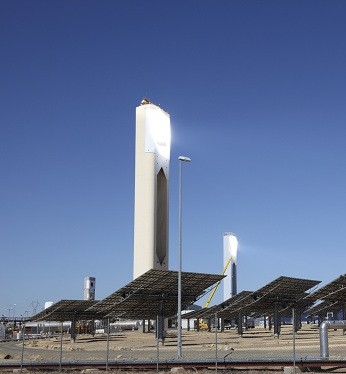 Spain's Abengoa has started the commercial operation of its 50 MW Khi Solar One plant in Northern Cape, South Africa, the company said February 5.

Khi Solar One is the first solar thermal tower in Africa. The plant uses super-heated tower technology, has a storage system which can operate at maximum capacity for 2 hours and has a dry-cooling system.

The project has a 20 year power purchase agreement with utility Eskom.

Abengoa, IDC and Kaxu Community Trust have also now completed the first year of operation of the parabolic trough plant Kaxu Solar One in Northern Cape, the first solar thermal plant in the country.

Abengoa filed for creditor protection November 25 and has started a strategic asset sale program to meet creditors demands and build a secure future for the global company.

"With this bold step toward a clean energy future, Morocco is pioneering a greener development and developing a cutting edge solar technology,” Marie Francoise Marie-Nelly, World Bank Country Director for the Maghreb, said.

"The returns on this investment will be significant for the country and its people, by enhancing energy security, creating a cleaner environment, and encouraging new industries and job creation,” she said.

The Noor I plant has three hours of storage. The plant will be followed by the 200 MW Noor II parabolic trough and 150 MW Noor III tower plants.

The Noor I project was launched in 2010 and in September 2012 it was awarded to an ACWA Power-led consortium on a Build-Operate-Transfer (BOT) basis through an international tender.
Moroccan energy agency MASEN holds a minority equity stake in the development company and other small stakes are held by Aries and TSK.

DLR, Germany's Aerospace Center, is to work with Indian power supplier NTPC on testing and developing solar power plants and components including parabolic mirrors, DLR said in a statement January 25.

DLR will help NTPC to establish a research centre in a three-year project which is being supported by Germany's Kreditanstalt Development Bank (KfW) with funds provided by the German federal government.

DLR developed the measurement procedures used in the German facility, and also defined the quality standards.

The Indian government has launched an ambitious plan to install 100 GW of solar capacity by 2022.