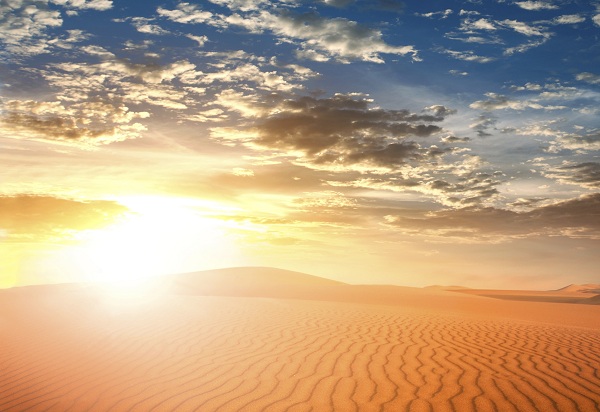 The Moroccan Agency for Solar Energy (MASEN) has called for Expressions of Interest (EOIs) to develop the first phase of the Noor Midelt Solar Complex (NoorM 1).

In a document published on December 31, MASEN said this phase will include “one or more projects expected to be developed under an [Independent Power Producer] scheme with hybrid CSP-PV technology and an installed capacity of around 400 MW per plant.”

The NOOR Moroccan solar plan has set a target of a minimum of 2 GW of new capacity by 2020 which is expected to generate investments worth more than $9 billion.

In parallel to the NOOR Ouarzazate IV, NOOR Laayoune and NOOR Boujdour projects, the Moroccan government wants to build an additional solar complex near the city of
Midelt in central Morocco.

The Midelt project will be developed under an IPP scheme through an international tender process, conducted in several stages for the design, finance, construction, operation and maintenance of the related plants. MASEN will be accepting EOIs through its procurement portal until February 1.

Sand from the United Arab Emirates (UAE) desert can be used as a thermal energy storage material, according to researchers at the Masdar Institute.

High-temperature studies of thermal stability, specific heat capacity and tendency to agglomerate have found that the sand could be used in CSP facilities to store thermal energy up to 1,000 degrees Celsius, the institute said in a statement December 29.

Sand chemical composition was analyzed with X-ray fluorescence (XRF) and X-ray diffraction (XRD) techniques, which revealed the dominance of quartz and carbonate materials.

"The sand’s radiant energy reflectiveness was also measured before and after a thermal cycle, as it may be possible to use the desert sand not only as a [thermal energy storage] material but also as a direct solar absorber under concentrated solar flux," the research center said.

The next step of the project is to test an improved prototype at a pre-commercial scale, using a beam down concentrator. This would potentially be done in collaboration with an industrial partner, the Masdar Institute said.

Abengoa has received a loan of 106 million euros ($114.3 million) from stakeholders after filing for creditor protection in Spain.
The vertically-integrated solar thermal, transmission and environment company signed the loan agreement under Article 5 bis of the Spanish Insolvency Law, the company said in a statement December 24.

Abengoa filed for creditor protection November 25 after an equity deal with engineering group Gestamp fell through.

Abengoa is protected for a period of three to four months under Spain's insolvency law, giving it time to "protect and preserve the company’s value while it works on the design and development of an appropriated viability plan for its future," the company said.

The group operates 1.7 GW of CSP capacity globally and has 450 MW of capacity in different stages of construction in Spain, United States, North Africa, South Africa and the Middle East.

Abengoa is being advised by management consultancy Alvarez & Marsal and Lazard, a financial advisory and asset management company.

Spanish and international banks' total exposure to Abengoa is around 20 billion euros, which includes financing for projects, according to Reuters.

Struggling with debt, Abengoa cut its full-year targets earlier in 2015 and stepped-up asset sales, but share prices plummeted in the second half of the year.

Abengoa employs over 24,000 people and posted annual sales of over 7 billion euros, of which 80% came from outside of Spain, according to the company's website.