In record time, Abengoa met granular performance targets at Xina Solar One that maximize evening output, highlighting the advancements made in CSP construction and operations. 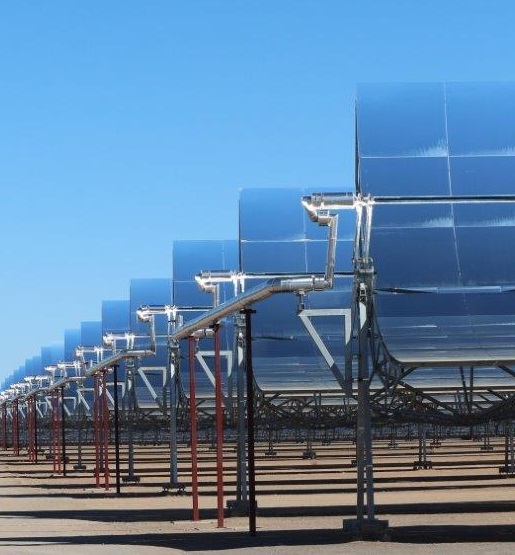 Abengoa led the development of the project and is the contracted engineering procurement construction (EPC) and operations and maintenance (O&M) provider, through its subsidiary Abeinsa. A global leader in CSP construction, Abengoa has helped build 26 CSP projects to date, as sole or joint EPC supplier.

To achieve production targets, Abengoa had to meet specific output targets for different times of the day under a new performance profile not seen on earlier projects.

Abengoa used its significant EPC and O&M expertise to minimize errors and achieve 100% of capacity on "day one" after the four month ramp up period set out in the contract, Santiago Lopez Perez, Abengoa’s Plant Director at Xina Solar One, told New Energy Update.

"The only way to reach 100 % capacity in a sustainable way...is to carry out an outstanding work during design, construction, commissioning, testing and operation," he said.

The guaranteed production period measures the performance of a CSP plant for a 12-month consecutive period within a 24-month window following plant commissioning.

The process establishes whether the plant is performing to a technical level which meets the contractual obligations and annual generation agreements set out between developer and offtaker and developer and EPC. Measurements include power output, soiling percentage and inlet temperature as well as heat transfer medium (HTM) measurements covering temperature, pressure and flow.

The performance guarantee for Xina Solar One is based on output values weighted according to the time of day, a first for the CSP industry, according to Abengoa.

Output in the evening peak demand period between 16:30 and 21:30 is given a greater weighting to maximize production during this period.

“Even with such a tight and challenging performance guarantee, the plant is performing above 100% of the theoretical model,” Perez told New Energy Update.

Reliable output in the ramp up phase is key to reducing financing costs for CSP plants. Until recently, the limited deployment of CSP tower plants meant that problems at individual projects impacted investor confidence.

In one example, problems at SolarReserve’s 110 MW Crescent Dunes CSP tower plant in the U.S. state of Nevada meant the project missed important ramp up targets in the first few years of production.

Online since 2015, power output at Crescent Dunes was lower than planned during the first years of operations and a year after start-up the plant was shut down for eight months due to a leak in the molten salt storage system.

“Xina demonstrated a very good performance from the beginning, which made it possible to pass the guaranteed production tests in such short time,” he said.

By achieving the guaranteed performance levels at Xina Solar One, Abengoa avoids paying liquidated damages associated to its EPC services.

EPC contractors can be liable for liquidated damages up to 15% of the EPC contract if they miss performance targets.

The guaranteed production tests are defined on a project by project basis and a more standardized process, as used for PV and wind plants, would benefit the wider CSP industry, Perez said.

“Such standardization would help both developers and EPC contractors to clearly set their guarantees, and compare between plants,” he said.

Abengoa’s latest Spacetube parabolic trough technology measures on average 8.2 meters by 16 m, the largest commercially-deployed to date. The design features high levels of component standardization, efficient use of materials, high optical rigidity and competitive installation costs, according to the company.

Abengoa has not revealed the cost reductions achieved since earlier designs.

According to Dinter, a "similar development journey" between Flabeg’s Eurotrough and Ultimate Trough concepts reduced costs by around 25%.

The installation and performance of Abengoa's latest Spacetube technology will be further tested at the much larger 950 MW Noor Energy 1 CSP-PV plant in Dubai.

Shanghai Electric is the contracted Engineering, Procurement and Construction (EPC) supplier for Noor Energy 1, requiring Abengoa to assume a more collaborative approach than at Xina Solar One.

Shanghai Electric is faced with the challenge of minimizing costs while also meeting a demanding construction schedule. The plant will be brought online in phases in 2020-2022 and the first parabolic trough plant and central tower unit are scheduled to be completed by October 2020.

"We will mix best practice from the past experience...And continue to optimize the solutions. We found there are a lot of spaces to be improved,” he said.